A film about the malignant alga has been shot.

The premiere of the documentary titled “A Frank Talk about Lake Baikal” has been held in Irkutsk. The documentary film crew from Moscow took part in the expedition of scientists from the Irkutsk Limnological Institute of the Siberian Branch of the Russian Academy of Sciences in September of last year that conducted a routine inspection of the state of the lake. The research vessel called “Akademik Koptyuk” sailed from the south to the north of the water territory, collecting water samples near all the large coastal settlements - Listvyanka, Bolshie Koty, Bolshoye Goloustnoye, Olkhon Island, Severobaikalsk. The artistic merits of the film should be evaluated by film critics, although it turned out to be very dark and beautiful. However, we managed to have talk with the inspirer of this project and the main researcher of the Baikal spirogyra, the main scientific expert in this issue – the Head of the Laboratory of Aquatic Invertebrates of the Limnological Institute Oleg Timoshkin – at the film’s premiere.

After the premiere Oleg Anatolyevich said:

- I’ve watched the film once again, it overwhelmed me, I almost cried. There is only one complaint – my wife told me: “The film is good, only you are shown all the time...”

The film has been created by a mere chance. The employees of the Laboratory of Aquatic Invertebrates engaged in the project “The Current State of the Coastal Area, Biodiversity, Ecological Crisis and the Main Trends of its Development and Forecast”  funded by the government.

- Within the framework of this project  we have  received funding for the expedition since 2013, we were paid for about three weeks in June and for the same period in September, so that  to pass along the perimeter of Lake Baikal. We were able to characterize the processes happening in Baikal, at least the most significant moments. Beginning from this year, we are given funds only two times per year, for nine days each.  It is impossible to pass along Baikal for this time: two days are only taken by the travel from one end of the lake to another.

“Key to Baikal”: How did the idea to shoot a film about the expedition emerge?

Oleg Timoshkin: Once a documentary film crew from Moscow came to the Limnological Institute, asked us to work with them on the move. At first I did not want to communicate with them at all, but they were forced upon me. And I did not regret this: when we worked, the main director Yana Rubanovskaya cooked us borsch (beet-root soup), and the cameraman helped me to get stones covered with spirogyra from the bottom. They left, and after a while they won a grant from the Russian Geographical Society and conceived an idea of shooting a film about the expedition across the entire Baikal. So we went on a planned inspection of the state of Lake Baikal in September 2016, and they shot the film.

“Key to Baikal”: The film puts it this way that spirogyra is the main modern problem of Lake Baikal. Is it true?

Oleg Timoshkin: This is one of, let us say, seven biggest problems: mass development of extraneous algae in the lake. The film has shown this problem in a truthful way, but this is only one of the problems. We can’t say that the Baikal is in a catastrophe. There are local, trans-Baikal negative environmental processes. Spirogyra becomes the problem characteristic of Baikal: it already covers up to 60% of the coast.

The water on the surface can be pure, you can drink it, but the changes happen at the bottom. Animals and plants that are not native to Lake Baikal start to live in the depths of the lake.

This is the most important hazard, especially in September. Speaking of Severobaikalsk, I can clearly say that there is a catastrophe there, I’m not sure if the state of Baikal will ever return to normal there. But I can not speak of a catastrophe on the scale of the entire Baikal, There are three such places: Severobaikalsk, Listvyanka and the place opposite to Baikalsk. We find spirogyra in these places all year round. That is, bottom in these places is no longer characteristic of Baikal, the lake’s inhabitants are not native to Baikal, these are aliens. However, the water is still pure.

“Key to Baikal”: Well, spirogyra is not the only problem. But can we say that this is the main problem, the biggest one?

Oleg Timoshkin: Look, the situation is like this: a person has had a pimple, then he had a fever because of this, then he also broke a leg. Which problem is more important: the fracture, fever or pimple? Baikal is an organism, it is like a child with a very susceptible immune system. Each negative environmental process affects the overall state of the system. For example, one of the trans-Baikal problems is that sponges die around the perimeter of the lake. There are several working assumptions about why this is happening, but we are not speaking of this. The sponges die, and they are responsible for the purity of the water. At the same time spirogyra multiplies. This is like that example with a pimple and a broken leg: negative factors reinforce each other. 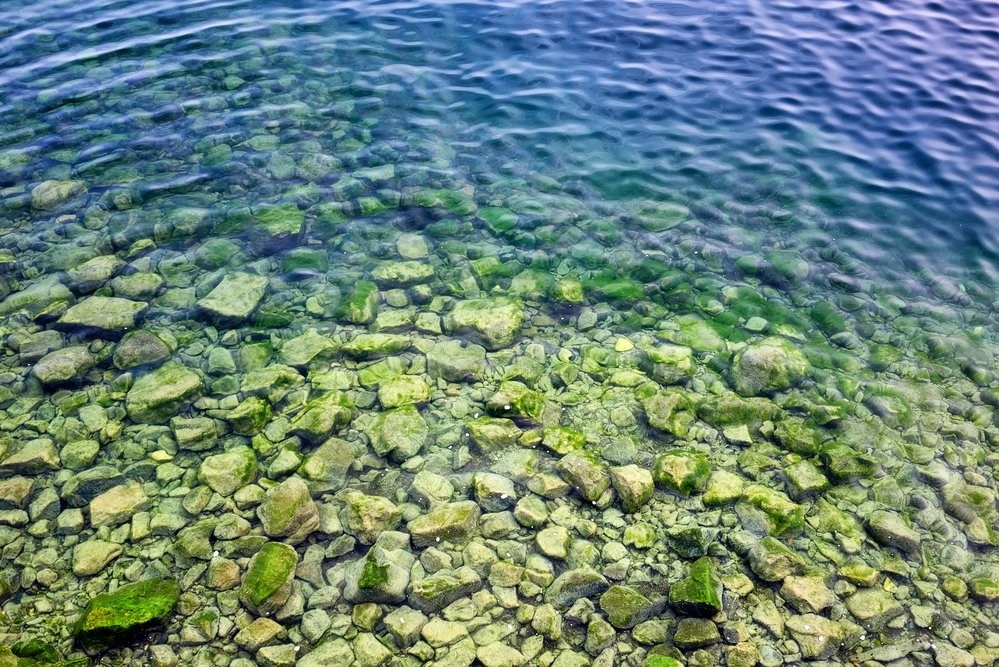 The danger of the spirogyra is being exaggerated now. The amount of phosphates that would be enough to poison the Lake will never be dumped into Baikal: there is too much water in the lake. But there are several places on Lake Baikal where the phosphates are dumped constantly, spirogyra really grows there in a massive way, and these negative processes begin to accumulate. Several local points where the algae multiply are enough, so these negative processes accumulate. It is not always reasonable to collect and take spirogyra away along the entire perimeter of the coast, but, on the contrary, it must be necessarily done, for example, in Severobaikalsk: one should remove the fertilizers thrown ashore by Baikal, otherwise they will get back into the lake, then secondary pollution will occur. Six tons of pure phosphorus per year is dumped to the northern Baikal! This is sheer madness.

“Key to Baikal”: Has the trend been negative since the beginning of your observations in 2013 and until the present time?

Oleg Timoshkin: It’s annoying. The state of northern Baikal is getting worse exponentially.

“Key to Baikal”:  Is there anything positive?

Oleg Timoshkin: There are two positive moments. The first positive example is a sports camp on the territory of the Republic of Buryatia, to the west of Maximikha. Previously, we observed a huge amount of algae thrown ashore in that place. And in 2016 I came there and could not understand anything: the coast and sand were absolutely clean. By that time everyone had already left, there were only two watchmen in the camp. I interrogated them about what had happened, why the territory was clean. They confessed that the children had cleaned the coast two times, all the algae was taken to the taiga by trucks. And then the camp director learned that the algae could be associated with washing, so he simply forbade washing in the camp:  they washed clothes and linen Ulan-Ude, then brought the clean things back to the camp. Before that, when we had come there, they had an eight-meter-long machine with two nozzles standing among the huge deposits of algae. I did not know what it was; as it turned out, it had been an army-style washing machine. And it stood about ten meters away from the edge of the coast, and the waste water got to the lake through a ditch. Up to two thousand people visited the camp per season: you can imagine the scale of washing!

The second positive example is closer to us. We have been delivering a lecture course for the students of the ISU, biologists and geographers who undergo practice at Baikal during two consecutive years. And they began to buy phosphate-free detergent powders and laundry soap for their practice. Two years later I found no spirogyra on the place of the beach where a utility shed stood.