The local Buryat population offers their own names for the Cape Ryty, these names include an obligatory element “Khushun” meaning “Cape”. There is Khyr-Khushun – a spiteful, angry cape, or Kher- Khushun – a steppe cape. Indeed, it is true: the slopes of the Baikal Range begin here, and therefore, steppe pastures end at that place. And, finally, Ukher-Khushun means “the cape of Ukher-Noyon”.

It is known that the place was formed due to the sediments of the Rita River - it rapidly reaches the middle of the cape, and then disappears under the ground, getting to Baikal this way. The view of the valley is not exactly picturesque: there are heaps of large boulders, dry beds of river arms, remnants of uprooted trees taken by mudslides, but not carried to the lake. The entangled remnants of the dried river beds produce an impression that the surface has been dug up in numerous canals. It is believed that this was the reason for the cape’s name – Ryty (“dug out” in Russian). 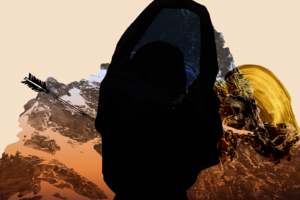 Shamanka: the Rock That Revenges Itself upon Its offenders

And the cape itself is sacred land for the indigenous population, just like the famous Shamanka on the Island of Olkhon.

Thanks to the mysterious phenomena, this place frightens many people. The land of the cape is struck by lightning over and over again, and a crack appears on the ice opposite to its coast every year, cars sink under the ice, and the equipment fails to work. Human life is also threatened. The story of two disobedient Buryat hunters has been told for many centuries.

The Hunters Who Disobeyed a Horrible Spirit

Two hunters went hunting and hit the road along the river. They caught a lot of good prey in the forests and set on their way back to the village. But they did not tell anyone where they got their prey.

They became very rich, but very soon they began to feel sick, they started to see nightmares and visions. Some spirit could come to their houses and knock on the floor with a stick. Or when they were going to fish in the morning, a gloomy warrior looked at them through the window, and he looked in so severe a manner that the hunters shook with fear. One night a small animal came to them, sat on their feet and began to bite them, and when it was tired of biting, it began to gnaw at them with its sharp teeth.

Less than a year had passed before hunters died, leaving all their wealth behind. Their spirits met at the entrance to the river gorge, sitting on the stones opposite to each other, on different banks. They could not pass to the other world. And they noticed silver ropes on their necks: these ropes drew them into thick forests. They looked at each other, tried to pull the ropes off, but only they tightened the knots; the spirits doubled with pain and went after the ropes to look for the answer to their question. They followed the same path as during the hunt, but everything seemed to be opposite to what it had been before. Everywhere they went, the darkness kept tracing them. Hunters had walked for a long time and came as far as Cape Ryty that was surrounded by seven warriors, the seven sons of Ukher-Noyon. Hunters stopped as if petrified. A lightning struck the ground of the enchanted cape, awakening the spirit of Ukher-Noyon: the latter he rose from his grave and bowed to his master - Baikal. The hunters were looking at him, and the eyes of Ukher-Noyon resembled two black abysses that sucked everything inside, icy water flowed from his eyes down the cheeks and into the Rytyaya River. He created a cloud of rain, filled the river bed with dark waters, then the hunters saw their bodies in these waters. The ropes also drew theirs spirit to the bottom of the Baikal, straight into the after world that was hidden right behind the cape and protected by Ukher-Noyon.

The local people taught by bitter experience believed that this area was cursed and decided to prohibit visits to this place for everybody. You will see no people’s dwelling there, no automobile roads, no walking trails along the coast. 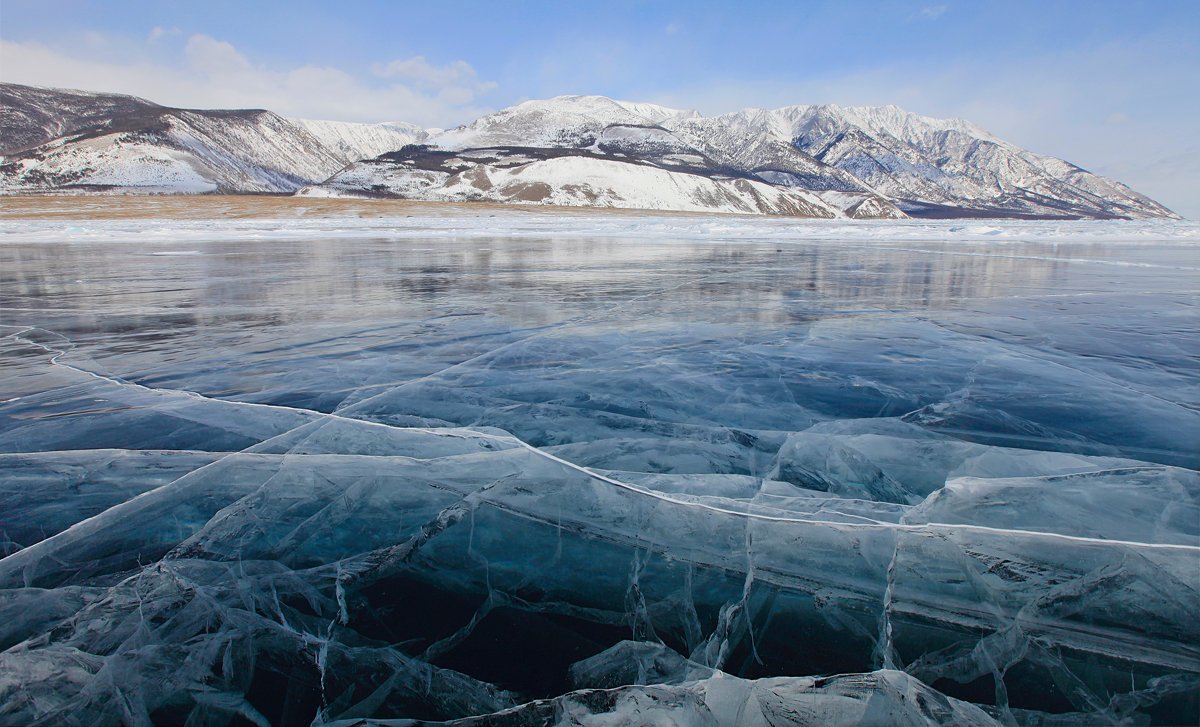 The situation is explained by the ancient Buryat legend. This place was the convergence of the borders between the territories of hunters, plowmen and cattle-breeders. There were constant disputes about the ownership of lands of the cape which resulted in feuds concerning shamanic power between Evenki, Yakut and Buryat clans. The great battle involved a shaman and a hero from each clan. The shamans said that in order to fight the lightning they needed rocks with crevices and without trees, then they retired to the gorge. The warriors said they needed a spacious land without plants for a warm-up, and remained on the plain part of the cape. The great battle began, and lasted for more than one day, but no one won in that battle. After the battle of three shamans and three warriors, this place became cursed, because the noise of the battle woke the spirit of Ukher-Noyon buried there. And a horrible mudflow came upon the fertile plain, mixing the earth with huge stones. There used to be a tradition to go to the cape every three years for a special ritual of sacrifice offered to the spirit of Ukher-Noyon, so that he showed mercy to people. There was a sacred tree in the center of the cape and a sanctuary at the entrance to the gorge. Only shamans were allowed to enter the sanctuary.

They prayed in the darkness of the night, standing on a black cauldron turned upside down.

But the continuity of this tradition has been broken, and now the spirit takes revenge on all the people visiting the area where his body is buried.

How Can the Spirit of Ukher-Noyon Be Appeased?

The shamans recommend that those who decide to moor to the coast should perform certain actions. Be sure to take the right knee as a sign of reverence. Then cook a piece of lamb to spread the fragrant meat aroma along the coast. The meat should be eaten, however, the bones should be not thrown away, but put in the shape of a body and then burned down. In case there is no lamb, you need to internally say: “We have come to your land and offer our sacrifice with what we have. We are sorry. Forgive our ignorance”. 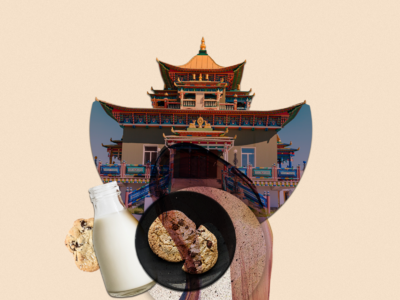 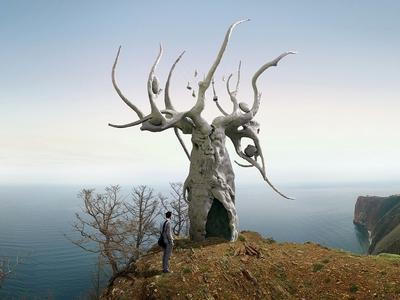