It is natural that a great place among various museum objects is occupied by those associated with shamanism, including Buryat shamanism. For example, a whole collection of Buryat ongons dated by the 19th century is being kept in the museum. 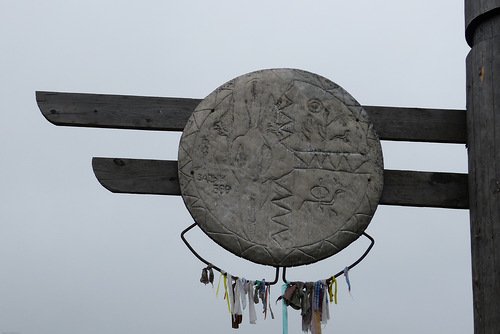 “Ongon” means “light spirit”, “pure”, “holy”, “sacred”, “primordial”, “virgin” in Buryat shamanism. But it is rather a formal meaning of the word translated into Russian language. If we turn to its essence, we can find several meanings. An ongon, as a kind of energy, possesses strength and intelligence, a shaman makes room for this energy during rituals (this is, of course, another separate story), besides, an ongon can be understood as a kind of material element that contains spirits. To put it simply, it is a house, a dwelling of spirits, made by humans. However, according to the history, ongons could be presented not only by man-made images of spirits, animals, various natural forces, but also certain animals, even sheep, horses.

A rather natural question arises: which spirits are we talking about? To answer this question, let’s see what concept about the human soul is characteristic of the Buryat shamanists. In their opinion, a man has three souls. The first soul is a good (gold) one protecting a person, struggling with evil spirits. The second one is passive, inactive, accompanying a person even in the other world. Whereas the third soul carries a negative charge, making people behave in a bad way, helps the evil spirits to catch the first soul. Besides, the soul could transform, depending on the physical well-being of a person, move in a virtual space.

The hope for the soul and the spirits was impregnable among the shamanists. Shamanists strongly believe that many of the spirits are the people who occupied different positions in the world during their lifetime. These might be the spirits of ancestors - the founders of some craft or activity (hunting, fishing, cattle grazing) or entertainment, or a spirit of a deceased shaman, warrior, hunter, fisherman who gained fame during their lifetime, or a spirit of a person who died tragically in his/her youth.

There is a belief that people who suffered during their mundane life, especially if they were offended by others, after their death have the opportunity to pay back to their offenders, becoming evil spirits, sending all kinds of misfortunes to their tormentors.

In addition to people, there are also many helping spirits. That was the way the cult of ongons was born - as an expression of inconceivable reverence for ancestors and a desire to appease evil spirits.

Why Do Spirits Need a House? 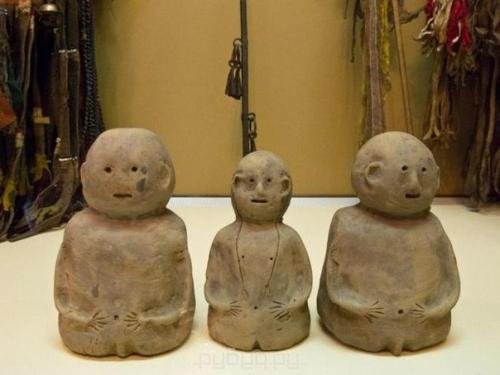 Houses for spirits were made by shamans of various materials - wood, stone, bones, metal, grass, skins, feathers, fabric, leather, felt. By the way, the Irkutsk Regional Museum of Local History contains unique, rare kinds of ongons: those painted on fabric.

Ongons had to help people, but their assistance had to be earned. Therefore, there are lots of rituals associated with ongons. They needed to be regularly fed. This process was carried out in various ways: liquid food was smeared onto the surface of the ongon, firm food was put nearby, besides, people could fumigate ongons with fat. One had to necessarily pay constant attention with the assistance of a shaman, offer sacrifices, treats, for example, sheep. With the help of an ongon, the shaman conjured diseases away from the human body, and people did their best to find the reason, especially the ongon that would help them to fight the danger.

Ongons are divided into generic and family, male and female, cattle-breeding, blacksmithing, medical and dedicated to other patron spirits. Each genus and each family had their own set of ongons, where each of them performed a specific mission. The ongon representing the master of fire was one of the central figures in the Buryat pantheon; the ongon, the patron spirit of the ferret, was the patron saint of the marriage union and was placed at the headboards; toads and frogs are widely known medical ongons.

The ongon of “meadow women” was also widespread, their image on different amulets was rarely repeated, but the meaning of the legend remained the same. Somehow, the relatives were moving to a new place, and left three helpless and therefore useless old women in an old village (ulus) to die. Dying from cold and hunger, these women cursed their fellow villagers, the change of the place of dwelling did not bring them any happiness: the crops were bad, the cattle died, people were ill... Then a shaman advised to make an ongon that would receive everything that fellow villagers owed to the old women left by them. Therefore, the “meadow women” turned into patrons of cattle breeding and agriculture.

All the themes of ongons are associated with the economic activities of the Buryats - hunting, fishing, cattle breeding, crafts.

If ongons were not required for performance of certain rituals, they were stored in clearly marked places. The shelters of generic ongons, for example, were the consecrated groves, mountains, caves: it was forbidden for women to enter these places. Family ongons, on the contrary, were protected by women: these ongons were placed, as a rule, in the bags hanging from a smoke hole of a yurt, above jambs in houses or barns.

And if the main purpose of ongons is protecting people, we can offer you a method of making a traditional Buryat ongon from salt dough: mix flour, oil, salt and gradually begin to pour water into this mixture, stirring all the time to prevent formation of lumps. Put the dough on a wooden board covered with flour, knead the dough as thick as 0.5 cm. Cut the desired figures with a knife, put them on a baking sheet greased with fat and bake them in the oven at the minimum temperature all night long. After the figures cool down, color them. Your home-made ongon is ready! 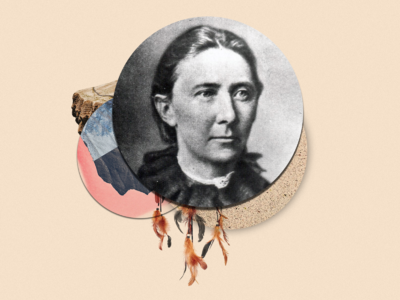 The Guiding Light of Grigory Potanin

Within the frame of the section titled “The Lives of Great People of Baikal” today we will tell you about the first woman accepted as a member of the Russian Geographical Society - Aleksandra Potanina. Her fate and life are closely linked to Baikal and Irkutsk. Today we celebrate her 176th anniversary.