The Celestial Maps of Baikal Pathfinders

November 6 is the Marooned Without a Compass Day. In fact, this device invented in China during the Song Dynasty and reinvented again in Europe in the 12th-13th centuries was not known to the original inhabitants of the Baikal coast - Evenks (Tungues) and Buryats. Still, they managed to do well without compass, and many of the skills useful for this area have been preserved until today.

The “Internal” Compass of Buryats and Evenks 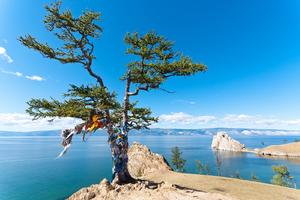 Both Evenks and Buryats possessed a unique ability to survive in the extreme conditions of the severe Siberian climate; in order to do this, they used the knowledge and skills transferred from generation to generation over the centuries. Mastering these skills was considered absolutely obligatory for the members of Buryat and Evenki families – these were responsible for the upbringing of the younger generation by transferring technical knowledge (wayfinding, hunting, fishing, household crafts) and socio-spiritual values ​​.

Russian chronology, calendar, length gauges slowly began to penetrate the everyday life of Evenks only in the 16th - 18th centuries... However, Evenks were relying on their everyday experience and accumulated practice and could find their way perfectly well in the surrounding natural environment without any external information. They juxtaposed the route with the position of the sun and stars in the sky. Evenks believed that the number of stars in the sky and that of trees on the earth was the same. They used the position of the stars to determine the time of day. The earth was a map and a book, and the sky served as a compass and a clock.

It is worth mentioning that the world view of Evenks was very peculiar. The constellation of the Ursa Major habitual for us was an “Elk” for them: during the daytime the Elk was hiding in the thicket of the heavenly taiga, and returned to the tops of the mountain ranges at night. A hunter was always chasing the Heavenly Elk, and it was believed that the track of his skis was what we call the Milky Way.

The amazing ability of Evenks to find the way has long been noted by all travelers who used the services of local guides. Evenks determined cardinal points by sunrise and sunset. Basing on this, there were even special terms, for example, the east was called “dulacha” which is translated as “the rising sun”. The west was called “tykten”, which, respectively, meant “setting sun”.

The time was also calculated according to the stars, the moon and the sun. In summer, the time of the day was determined by the objects inside the “chum” hut lit by the sun through a chimney or through a door. This was a kind of a home clock. The fact is that the rules for the positioning of chum, its doors and objects therein were strictly established. The door was always facing South, because South was especially revered by Evenks.

Buryats also imbibed the information about the cardinal points from early childhood at the subconscious level, thanks to the peculiarities of the yurt positioning. When a person was leaving the yurt, the South was always ahead, and the North was behind; the West was on the right, and the East - on the left. This knowledge was refreshed by the Evenki tradition of sleeping with head towards the North, feet towards the South.

As a result, both Evenks and Buryats developed a kind of an internal compass from the very beginning of their lives. In addition, boys practiced wayfinding from an early age in the process of everyday life and constant migrations.

A contemporary popular science writer, an archaeologist, a historian, a philosopher, and a traveler A.M. Burovsky who knew the world of modern Evenks perfectly well has repeatedly noted their amazing ability to accurately determine the road direction, without any devices, even in our days. He writes: “An Evenki man will confidently lead you, not doubting about the distance or the direction of movement even for a second, within the accuracy of several meters”.

Evenki Ways of Preparing Children to Survive in the Wild 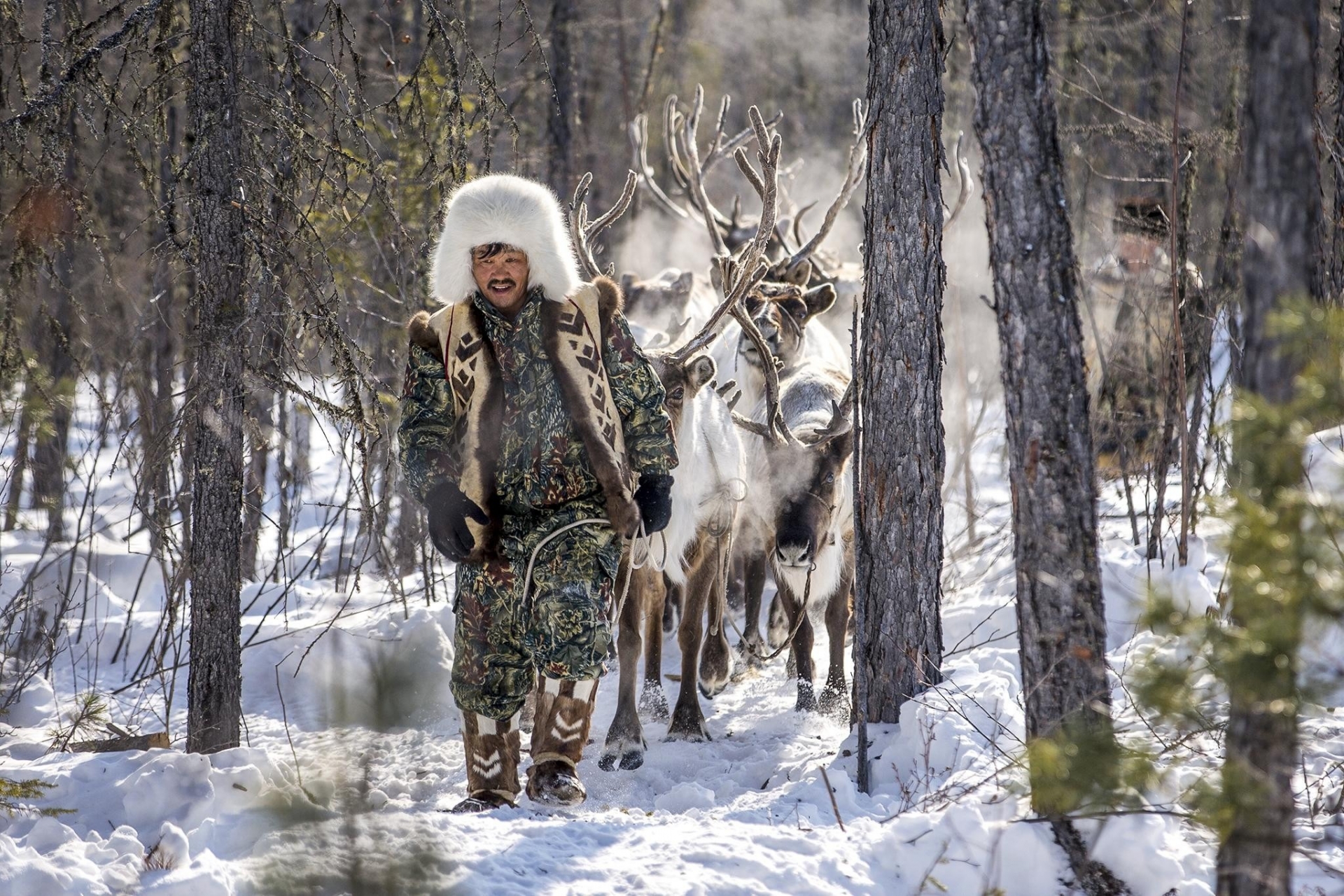 The old-timers who knew local territories very thoroughly, have played and are still playing a huge role in transferring the knowledge about the features of their native nature to teenagers.

It is interesting that games and competitions in which children participated since the age of five have been an indispensable element of upbringing since ancient times; besides, developing resistance to the cold started at the stage of infancy. Beginning from the age of 4 to 5 years, children were taught how to handle deer. At the same age adults explain to children how to find their way in the taiga. Popular games for the kids of this age include having fun with one-year-old deer (“taragaikas”): children can run around as much as they want, learning to step without a sound, without even a twig cracking under their feet.

Other games also had purely utilitarian nature. The correct breathing was taught by throwing not just stones, but blocks that were rather heavy for a child. Alternatively, they gathered a bunch of deadwood and built a barrier for everyone to jump over it. The following game was quite dangerous. The children stood in a circle, and one of them tried to hit the ankles of the rest with a long heavy stick. Such a blow could really break a leg, but teenagers had to jump up or aside quick enough to miss the blow.

As a rule, a grandfather taught children the skills they needed for the taiga from an early age. For example, a lot of attention was paid to the skills of distinguishing different kinds of... snow! Evenki language has about 30 definitions of the state of snow, and this is no coincidence. Indeed, the life of people in the taiga is connected with traveling for long distances in a snowy forest, for example for winter hunting that requires certain luck. There are following states of snow: simple snow, early fluffy snow, wet snow, loose snow, snow ice, granular snow, snow falling in large fluffy flakes...

The adults taught the children what to do if the blizzard caught them unaware, far from other people, without a possibility to make a fire. The children were persuaded that being frostbitten in the taiga was a great shame. One had to be able to dig a shelter for oneself in the snow.