A Jewel in the Crown of the Buryat Cuisine: How to Cook Salamat

We continue our gastronomic journey around Baikal. Now we are telling you about one of the most important dishes of Buryat cuisine - salamat. Its recipe only includes sour cream and flour: look it up in more detail in our article.

This thing happened to me a long time ago, during the Soviet era, and I have always remembered it. My husband was a Buryat by nationality, but he was also completely Russified and urbanized. He did not know Buryat language, and he visited his native ulus onlyl in early childhood when he was sent to spend a summer with his grandmother. We got married pretty fast, only putting our signatures in the document, without arranging a wedding ceremony. But it was obligatory to introduce the new wife to the husband’s relatives - my husband knew this very well. We were welcomed with joy and undisguised interest, they quickly seated us at the table: there, instead of usual salads or snacks, they immediately served ... milk porridge (at least, I thought that was it).

Well, porridge was also good. Truth be told, when I tasted the porridge, I realized that something was missing in it. I quickly put some sugar in it, added some raspberries brought by us and began to eat. Everyone suddenly became silent, strange expressions appeared of the faces of others: thus I understood that I was doing something completely wrong...

This way I “got acquainted” with salamat...

“White Food” in the Lives of Buryats 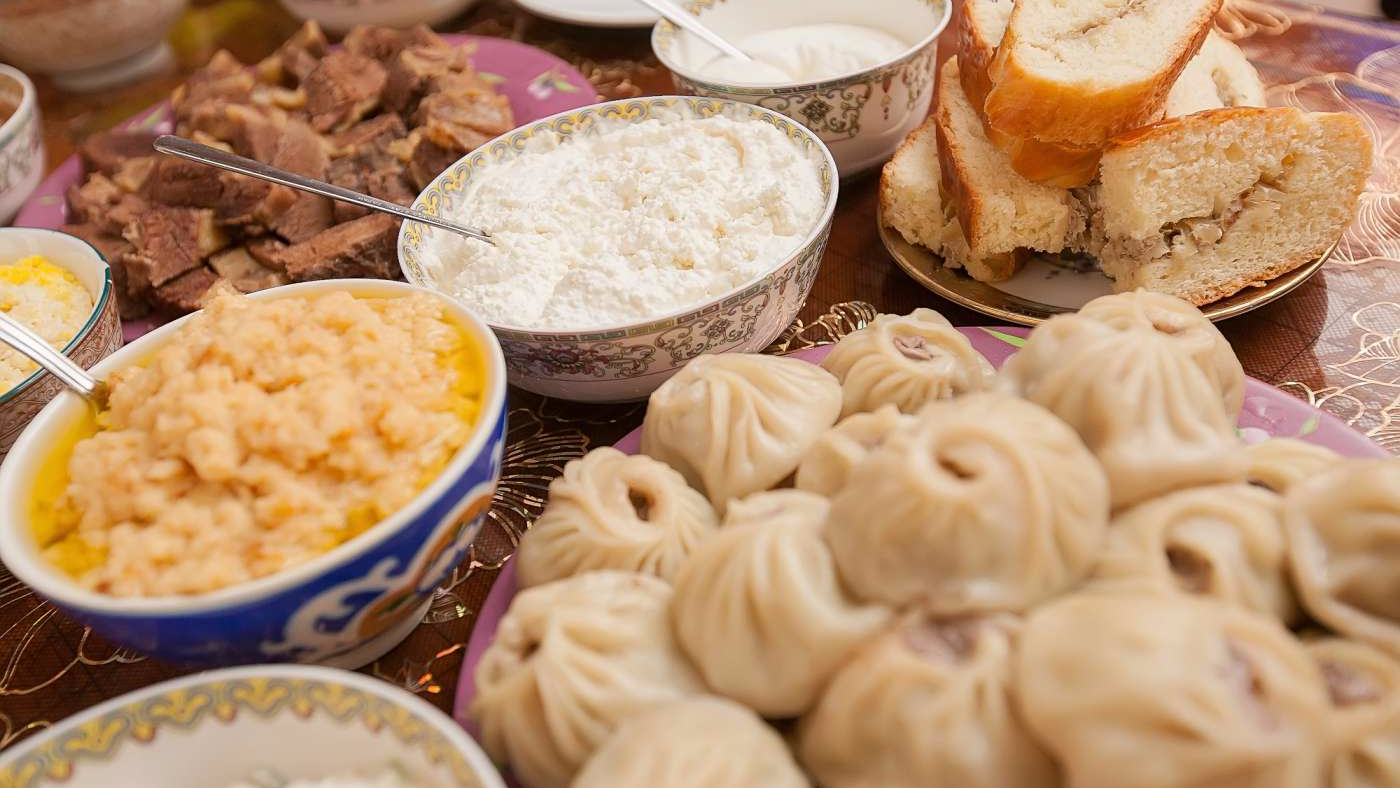 Buryat food is an indispensable attribute of visiting Baikal, it is difficult to imagine its peculiarity without this food.

Buryats are a unique people. During the fast pace of lives in our epoch, they are trying to “retain” the legacy of their ancestors, where the preservation of traditions begins with the most ordinary thing - food. And today a meal of a Buryat family, especially a solemn meal, includes the same dishes as it did a hundred years ago.

Milk and all dairy products have been sacredly honored by the Buryat population since ancient times and are called “white food”. This is food “pure”, related to their cult. By the way, it cannot be eaten with a fork; you can only use a spoon or your own hand. There is a strong belief that if this rule is broken, the cow will stop milking.

Such a special attitude to these products is in many respects explained by the symbolism of white color associated with chastity, honesty, beauty, prosperity. Moreover, this is exactly the value that a mother can give to her baby, because milk food is accompanying a person from the very moment of birth and during his/her entire future life.

A custom was established long ago: the first bowl of fresh milk was given to appease the spirits.

The severe conditions of the nomadic life of the Buryat tribes required appropriate fat and high-calorie nutrition. So, the milk became the second product (after meat) of the Buryat cuisine. In general, Buryats did not have many ingredients for cooking before the mass appearance of the Russian population in Baikal region. They had to cook, using a limited set of products. And their attitude towards these products was quite careful. For example, the remnants appearing during the processing of milk were used to make new dishes.

Each Buryat knows it since childhood: this or that dairy product is always presen on the table. Whereas according to the Russian custom, guests are welcomed with bread and salt, then in the Buryat family you will be served either tea with milk, or koumiss, or cottage cheese, or salamat... 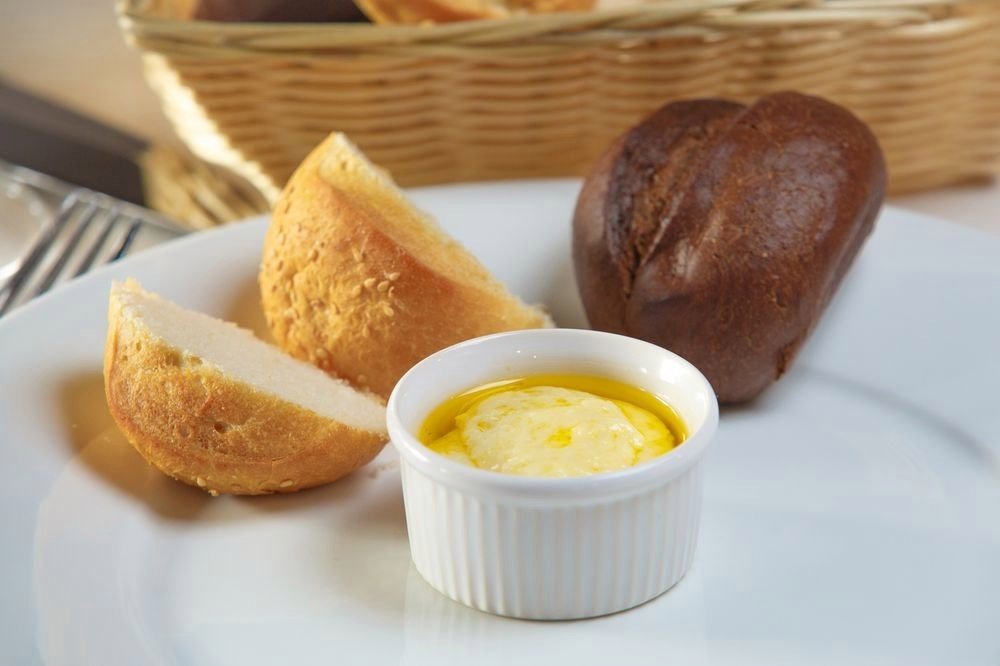 Salamat, sounding like “Shanachan zookhei” in Buryat, is a dish made of sour cream and flour. Of course, it belongs to the highly respected “white food” and is probably the oldest and most honored dish in the diet of the Buryat people. They claim that its recipe has been known since the time of the great Genghis Khan.

Originally, they used powdered dried plants or their roots, such as yellow daylight or wild buckwheat, to cook salamat - due to the absence of flour in the everyday life of the Buryat people. Besides, each family had special utensils that were used only for cooking salamat.

Earlier there was a rule of serving salamat separately to each person; moreover, it was the first dish to be served to the table, as a sign of respect for the guests.

Salamat is a universal dish. It can be served both hot and cold. It will quickly satisfy hunger after a hard work day and will be a main dish at a gala dinner. Salamat can be served as the main dish and as a side dish, for example, with boiled potatoes. You can serve salamat with meat, drinking hot meat broth at the same time.

A Recipe for Cooking Salamat

Boil the sour cream over low heat, at the same time slowly stirring it with a wooden spoon (salamat does not stand abrupt movements). When the big bubbles appear, and the sour cream begins to issue a “puffing” sound, gradually add the flour, speeding up the stirring speed, so that to avoid lumps. After the mass begins to thicken, pour the water in. It is believed that constant stirring promotes a more active release of butter, and the more butter, the better. If a golden brown crust appears on the bottom and sides of the dish, and salamat itself is soaked in butter and no longer sticks to the spoon, then the dish is ready.

In an ideal scenario, it should be homemade sour cream, the so-called “sourish” product. This helps to reveals the flavor of the dish and does not make it unsavory. And if there is no such sour cream, you can add kefir, but this should be done only after the butter is released during the cooking process.

The fatter the sour cream, the better. If it is bought in a store, then fat percentage should make up no less than 25.

In an ideal scenario, one should use “zutaran”. This is grilled ground wheat flour. Naturally, there are other options. Cooks recommend using coarse-grained rye flour. The easiest option is to take the high-grade white flour.

Many cooks emphasize the fact that neither salt nor sugar should be added to salamat. They can “kill” the original taste. But if you decided to add salt, then it should be added to sour cream before adding the flour, so that the salt is well dissolved and mixed.

However, the most important tip is to cook the dish in a good mood and with happy thoughts. Then you will get a gentle, creamy and spicy Buryat salamat!