Women are Strictly Forbidden: On the Severe Taboos of Lake Baikal

People traveling to Lake Baikal (especially to the areas which are sacred for the Buryats) often have to encounter distrustful views of the local population, and this can be explained by the fact that the entry to some places it is strictly prohibited for women.

The indigenous inhabitants of the Baikal coast and the islands of Olkhon, the Buryats, have worshiped many natural phenomena and natural objects since ancient times, deifying mountains, valleys, caves, forests... The modern unique feature of everyday Buryat life is precisely the fact that they strictly adhere to the traditions and customs of their ancestors, come to sacred places to worship the supreme forces, at the same time observing the rules of orderly behavior, including those connected with the impossibility of women participating in these sacraments.

The place of a woman in the traditional everyday culture of the indigenous population of Lake Baikal has been very interesting. Since antiquity a woman in the family, on the one hand, has enjoyed respect, freedom, and honor. Disrespect for a woman was considered a great sin. On the other hand, the woman was bound by a number of restrictions that were not the same for all females. They depended not their origin, wealth, social position of the husband, but on the woman’s age. According to the traditional Buryats’ perception of the world, a woman who achieved physical maturity and was able to bear children was also a source of ritual uncleanness, due to her physiological characteristics (“menstrual cycle”, during pregnancy and after childbirth), that is, women were definitely considered “unclean”.

The series of prohibitions for women was largely predetermined by the specificity of shamanistic beliefs. Proceeding from this, women should not touch the shaman’s costume, shamanic deities, and forging tools, approach the place of a lightning’s strike, blacksmith’s shop, shaman burial spots; be present at shaman initiation ceremonies and shaman funerals, shaman rites, including tailagans (collective prayers performed by a shaman to ask the gods for a prosperous year, harvest, grass, increase in the number of cattle, family happiness, etc.).

The most positive role was attributed by shamanic beliefs to elderly women. 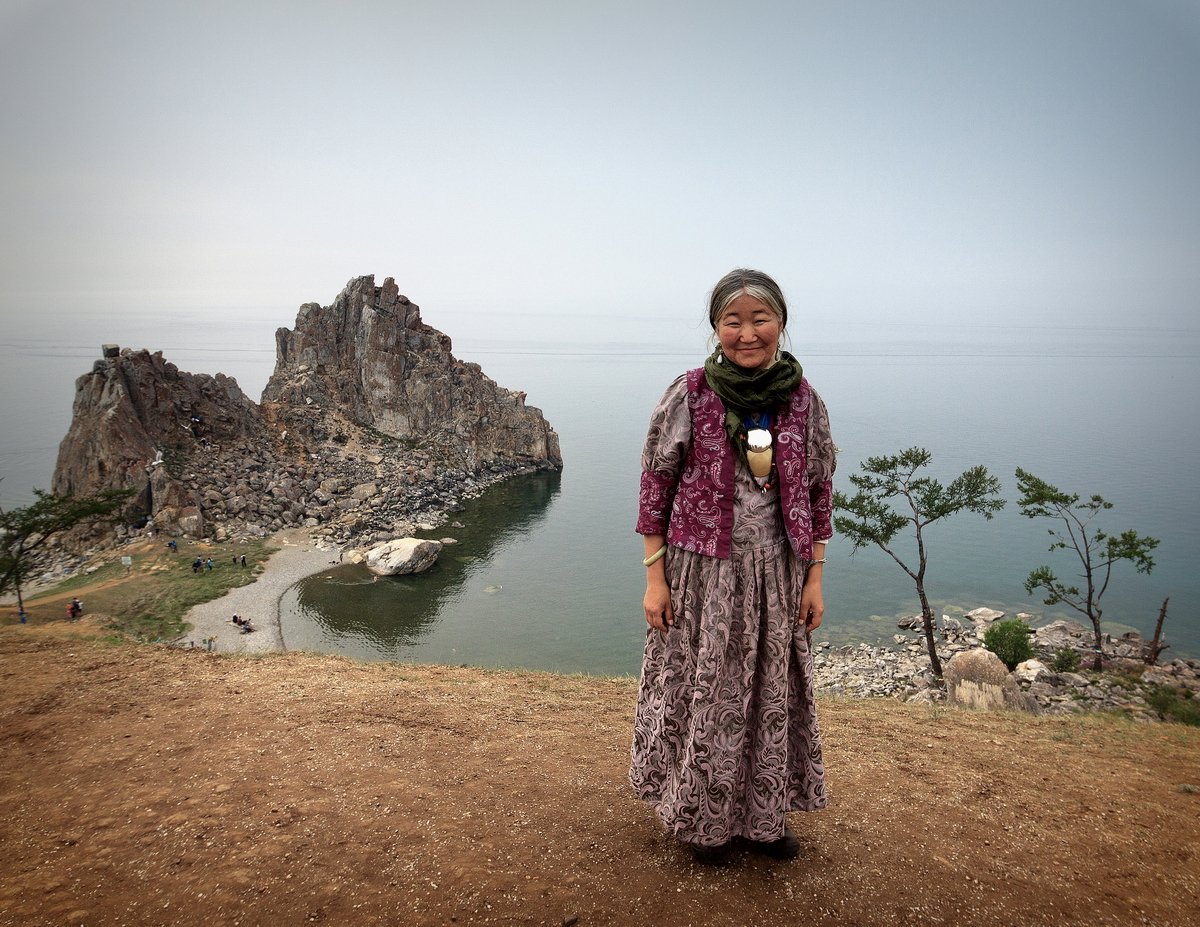 The Buryats had an extremely significant saying: “The harvest depends on the year, the happiness of a woman – on her age”. The elderly women were the keepers of traditions, performed many rituals of the life cycle connected, for example, with the birth of a baby, or the purification and final introduction of a new mother to her husband’s family. Only women who reached the age-related purity, and therefore, ritual purity, could produce various religious objects, such as weaving zeaga - strings of horsehair that served to scare away evil spirits during the birth of a child and during children’s diseases. They also sewed special leather bags for the ashes of shamans, visited tailagans.

Girls were also considered ritually clean for Buryats, they were allowed to attend some of religious rites and holidays, including the purely men’s shooting holiday held once a year.

The persuasion that the violation of prohibitions is to be cruelly punished by spirits sending mischief, illness and even death for high-handedness, was transmitted from generation to generation

This rule had to be especially strictly observed with regard to the sacred territories of Lake Baikal.

One of the most famous places of this kind is the white marble Shamanka Rock located on the Island of Olkhon. According to the legends, it is the place where the palace of the Master Spirit of the island (Khan-Khoto Babai) is located. There is a through cave in the rock especially revered by the Buryats. This is the point of merging of Shamanism and Lamaism (Tibetan Buddhism), because shamanic ceremonies have been held in the cave since ancient times, and later a Buddha’s altar was placed there. The expansion of Buddhism also changed the name of the rock, which became known as the Burkhan Cape. And if there were a number of restrictions for men here: it was not recommended to pass through the cave, to ride by the cave on the horseback without tying the horse’s hooves, for it was possible to disturb the Master of Olkhon, driving by it on wheels was also banned…  then you can imagine what the women’s fate was. They were forbidden to approach the cave no closer than at a 2000-meter distance, even to swim close to the home of the Master of Olkhon by boat. Of course, these restrictions have their own explanations. One of the oldest of them is connected with the same “uncleanness of women” who desecrated the sanctuary already by the very fact of approaching it. The next interpretation is that the proximity to the cave, not to mention visiting it, can adversely affect the childbearing; finally, the sacred place has such a powerful energy that the weaker psyche of a woman might fail to withstand such an energetic shock.

And of course the categorical taboo was applied to the possibility of bringing here a child whose emotional background could be destroyed by the powerful influence of spirits.

Another place is the Rytny (Ryty) Cape - the cape on the northwestern coast of the lake, considered to be the northernmost point of its coast. The locals call it Khyr-Khushun (“angry, wrathful”) and consider the slippery valley of the cape to be a cursed area. This part of the coast of Lake Baikal is one of the oldest shamanic places, and according to legend, the upper reaches of the valley is the place of habitat of its evil “masters”, the bachelor brothers Aare and Alme, capable of arranging terrible storms on Baikal. These terrible spirits caused indescribable fear in women who did not have to come to these places, they could only move past them by boat. The forbidden border for women was limited by the beds of the rivers of Kheirem and Anyutkha (Anyutka). The name of the latter was derived from the Buryat “anyurkhla” meaning “blinking or closing a woman’s eyes before the holy place”. It is interesting that men should leave their shoe insoles there after visiting this place.