Whose name does the Chersky's shore bear?

One of the Baikal shores in Barguzinskiy park has a name “Chersky's shore”. There is an observation platform “Chersky’s rock” on the shore – a hill at Listvyanka village area. You can observe an amazing view from that point on the Baikal, the Angara river, mountain ranges, and the main top of the Baikal range is named “Chersky’s mountain”... So who is Czerski and why do the Baikal surroundings bear his name?

These geographic areas were named after the famous scientist – a geographer, geologist and paleontologist Ivan Chersky. His name holds a specific place among Siberian land researchers: he was one of the first to study the rich nature of the region from a serious scientific position and left behind works that are still relevant and popular.

The future scientist arrived to the Baikal unwillingly: he was a political criminal. Life full of reverses and hardships couldn’t win over this powerful, smart man who afterwards became the main scientist of Siberia.

Life of I. Chersky began quite safely. Ivan (Jan) Chersky was born in 1845 in a noble family in Vitebsk province. The boy got an excellent high-secular education: he knew Latin, French, English, German languages, played the piano, danced and drew perfectly. But at the age of 18 when he was studying at the Governmental Institute he became interested by revolution ideas and took part in the Polish revolt in 1863. The Military Tribunal condemned him to perpetual exile in Siberia with deprivation of all noble titles and privileges.

The difficult climate and the hardships of soldier's life did not break the brilliant nobleman. In the exile he begins to study science seriously, working in Irkutsk in the Siberian Department of the Russian Geographical Society.

1. On the instructions of the Russian Geographical Society, he conducts the first critical geological study of shores of Lake Baikal. Although Baikal previously attracted the attention of scientists with its natural phenomena (depth, transparency, underwater world, natural resources), it was Ivan Chersky who had composed detailed map of the shores of Lake Baikal, which scientists use up to now.

2. On the instructions of the Saint-Petersburg Science Academy Ivan Chersky organizes numerous scientific expeditions for the exploration of the banks of rivers Selenga, Lena, Kolyma, Indigirka, Irkut, Jana with detailed maps and descriptions of the animal world.

3. He was the first who holds the large-scale geological survey of Siberian tract from Lake Baikal to the Ural Mountains.

4. He explores the mountain ranges of the Eastern Sayan and Nizhneudinsk caves and extinct volcano named as volcano of Chersky.

5. Ivan Chersky collects an extensive collection of animals: ancient fossil fish and shells, some of them are named after him (fossil fish Osteolepis tscherskii Rohon, fossil ammonite Polyptichites tscherskii Pav.), and describes the modern fauna of the Baikal, including the previously unstudied Bumblebee tscherskii and fishes - bullhead tscherskii and char  tscherskii.

6. He was the first paleontologist to discover and to research an early man site (Site of Chersky), as well as the unique ancient Kurykanskaya wall, built of stones without cementing solution on Olkhon Island. 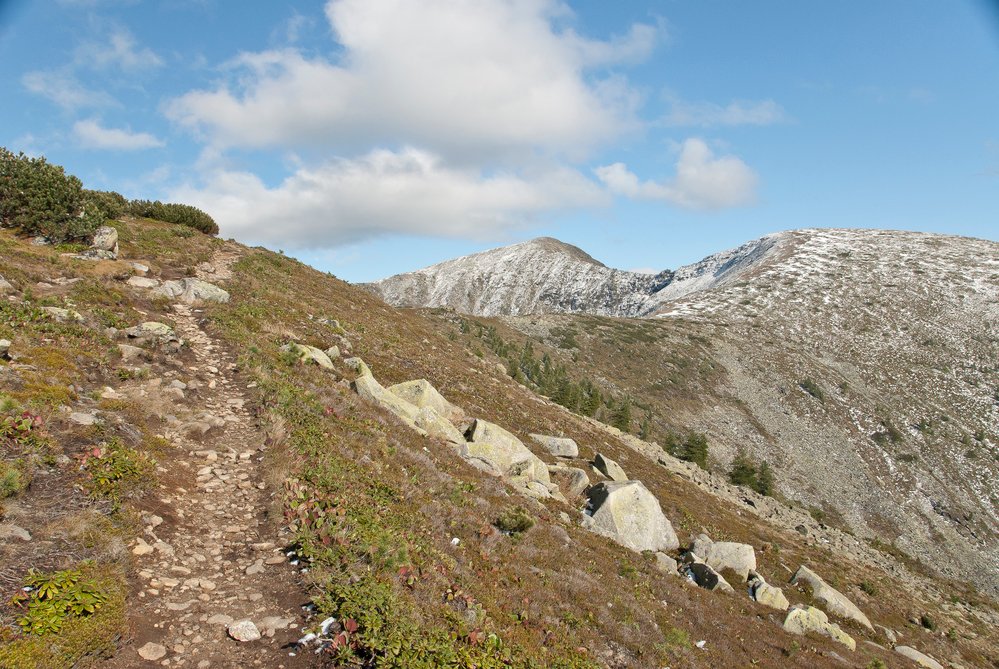 Penetrating scientific works of Ivan Chersky did not go unnoticed: in 1879 the Russian Geographical Society gives him gold medal "for geological studies in Irkutsk province".

In 1892, during the next expedition for the study of Yakutia in the conditions of a difficult route and a harsh winter, a selfless researcher became ill and died. He was buried at the mouth of the Kolyma river, where in the permafrost people had to dig the grave for three days.

Many of the geographic features of the Siberian land have their names after their main scientific Chersky: mountain range in Transbaikal and Eastern Siberia (Mountain country of Chersky), the valley, towns and airport in Yakutia. In honor of the famous researcher of lake Baikal many of the cities in Russia and abroad has "Chersky street": Moscow, Vilnius, Verhnedvinsk (homeland of the scientist in Belarus) and Irkutsk.