Who is Served Signature Meat and How to Tell Fortunes by a Sheep’s Shoulder Blade in a Correct Way?

© Photo credit: http://depositphotos.com/
Who is Served Signature Meat and How to Tell Fortunes by a Sheep’s Shoulder Blade in a Correct Way?
Anastasiia Yarovaya

It is known that the Buryats celebrate their New Year according to the eastern lunar calendar. This holiday is called “Sagaalgan” or “The Holiday of the White Month” and usually falls on late January - early February. This is a large-scale beautiful holiday, full of deep meaning, so we should tell about it separately. Meanwhile, the Baikal and Trans-Baikal Buryats, of course, celebrate the traditional New Year according to the Gregorian calendar, supplementing this holiday with their local traditions and rituals, the main rituals are related to the organization of the feast, as well as to fortune telling inseparably connected with the holiday of New Year.

A festive table of Buryats has its own distinctive features and customs. The main dishes are traditionally milk and meat. It is no accident that they should eat “white food” on Sagaalgan. The food literally has a white color: milk, cottage cheese and dishes made of these. On December 31 it is traditional to cook meat. It is not some simple meat. If guests are going to come, the masters of the house cook the so-called “signature meat”. 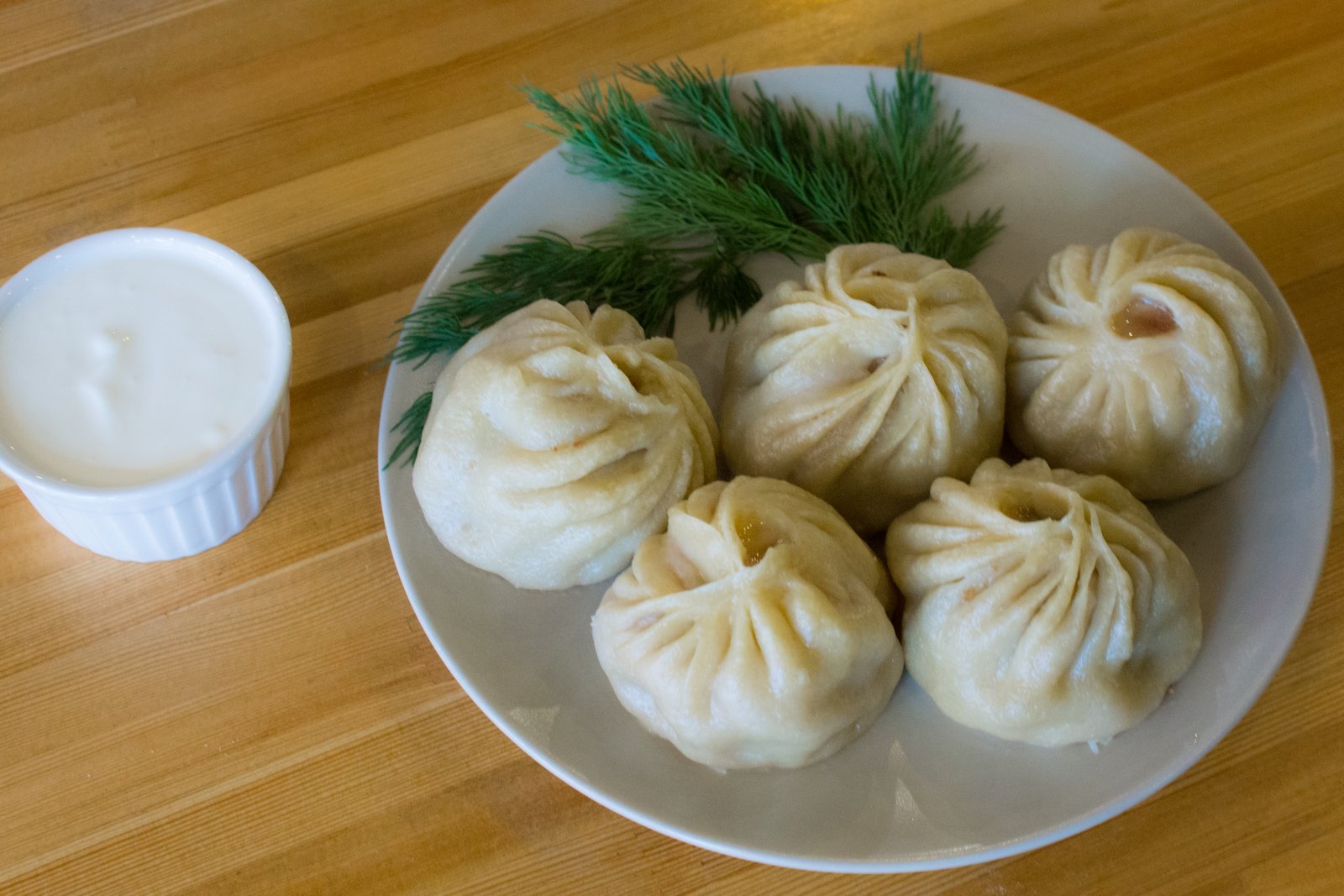 Buryats are traditionally a hospitable people, which means that when a guest comes to the ulus (or even to the house), everyone considers it an honor to accept the guest as befits. This, in turn, entails the main event: it is needed to kill a sheep to cook food. This custom has survived until now. And, as the Buryat elders say, in the old days even if the guest came to a particular family, it did not mean anything: every resident of the ulus considered it his or her duty to lure a visitor into his/her house to heartily treat the guest. As a result, a large company usually gathered and walked with guest from house to house, until they would visit every house in the ulus.

The most honored guests are usually treated with signature mutton dishes cooked for the most important holidays.

According to the evidence of Vera Shchebotkina, the chairperson of the Buryat Autonomy of Olkhonsky District, the inhabitants of the Baikal villages of Anga, Narin-Kunta and Tonta serve five kinds of signature meat to the festive table:

The residents of the villages of Agalui, Buguldeika and Talovka also add two longest ribs to these kinds of meat.

The main dish, of course, is the head. The name “toolei” means, in turn, the Buryat phrase “tulyn deezhe”, where tulun means “offspring”, and deezhe is “the first, the best”. The head of mutton is necessarily separated from the lower jaw, cut, burned, neatly cleaned so that there are no cuts. Then the head is carefully washed in boiling water and boiled in salted water. When the meat is ready, toolei is put on a beautiful plate together with two long ribs divided lengthwise served on both sides of the head. Before the dish is served to the most honorable guest (it could be only a man), a triangle on the forehead is cut, then the dish is served with the muzzle turned to the guest. Accepting the dish, the guest of honor turns it clockwise three times, then puts it on the table. After that it is his turn to say a greeting word to the masters of the house, he stands up, cuts off pieces of meat from the cheeks and the ear, and gives them to the master’s assistant, so that to serve the pieces of ritual meat to the “Master of the Hearth”. Afterwards he takes the dish with toolei in his hands, turns it clockwise and at the same time pronounces good wishes to the masters of the house. Then the master’s assistant takes the dish from the guest and chops the head with one of the ribs to uncover the brain. Later he returns the dish and rib to the guest who must try the brain first of all, and then treat those who sit next to him with the help of the rib.

If the most honorable guest of the feast comes with his wife, she is served khotoyn amhar (a stomach stuffed with blood). If the guest comes alone, then the stomach is served to the oldest woman present at the fest. Khotoyn amhar is made in the following way: the blood is diluted with milk or water, then salt is added, this mixture is poured into the cooked stomach of mutton, the stomach neck is tied by a splinter, fat is threaded on its top, and everything is wrapped by the small intestine. Then the stuffed stomach is boiled in salted water. Before the dish is served to the guest or the oldest woman at the table, khotoyn amhar is cut cornerwise, in the direction of the splinter.

The rest of the dishes are served in strict order in accordance with the importance of the people present at the table: both men and women.

“Ubsuun” (breast) is boiled in salted water without adding any spices and always served with its sharp point turned to the guest. It is traditional to serve boiled “zurkhe” (heart) on a separate plate near to “ubsuun”.

There is an interesting traditional condition exists for signature meat which called “dala” (shoulder blade). The masters of the house need to be very careful and attentive when serving “dala” to the table: if a maternal representative of the guest is present among the guests (such a woman is called “nagasa”), then the guest himself cannot be served a shoulder blade. If the master of the house serves such meat to this guest, not knowing about the presence of nagasa, then the guest has the right to refuse to accept signature meat, explaining the reason in a tactful way. If the guest does not know this tradition or is not familiar with the female relative and accepts this signature meat from the master of the house, a whole ritual performance may take place after this. Then nagasa approaches the guest who accepted the signature meat, makes a comment on his disrespect to her person, takes a shoulder blade, makes a hole in it, passes a rope through the hole and put this piece of meat around the neck of the unlucky relative who does not know the tradition. After that the guilty guest is expelled from the table. For this very reason many traditional Buryat families honoring old rituals still treat cooking shoulder blades very cautiously.

Signature meat called “semgen” (thigh bone) is usually served to married daughters, granddaughters, sisters who came to visit their native land (“turkhemdoo”). This meat is served alongside with the good wishes of living a wealthy life far from the native land. The meat from the vertebral part is usually put on the plate next to “semgen”.

In general, it is customary to add meat of cervical, vertebral, sacral bones, as well as the ribs, the “braids” (“oremok”), the large intestine (“khoshkhonok”), the cecum (golgo) stuffed with blood and cut into thin slices to all kinds of signature meat, except for the head. The meat is served with “togoon” (also known as is tarasun) - an alcoholic drink made on the basis of sour milk. The guests are also given gifts (“zala”). Men traditionally receive shirts, and women get kerchiefs.

A New Year’ holiday without telling fortunes is not good enough.

The most common and well-known Buryat fortune-telling tradition involves the use of a sheep’s shoulder blade.

Fortune-telling by a sheep’s shoulder blade

Sheep’s shoulder blades (dala) were meant for fortune-telling from the beginning of the century. It is customary to tell fortunes by a shoulder blade of the ewe that was born in the herd of a particular family. At the same time, the coat color or sex of the animal had no crucial importance.

A shoulder blade has many signs. Well-informed people looking at it could tell things about the masters of the house, about the way the winter will pass, about the future of the family, about the state of the household...

The flat part of a shoulder blade usually has a crest (a towering vertical part). If the top of the crest protrudes forward, it is a sign that the master is a proud, confident person. If there is no such protrusion (the top is skewed), then the host, on the contrary, is a weak and dependent person. A tall and wide crest indicates that there will be a lot of cattle in the coming year. If the lateral part of the shoulder blade is thick, then all the animals in the herd will grow rather quickly and be healthy.

Source: the book titled “In the Region of Mountains, Steppe, Taiga”