Both peoples have inhabited the region of the Eastern Sayan stretching to a thousand kilometers - from Yenisey to Baikal - since ancient times. Until recently Tofs and Soyots have led a nomadic way of life and engaged in hunting and reindeer herding. In addition to the common way of life, the peoples were united by the origin of their languages. Tofalar and Soyot languages are very close and belonged to the genetically related Turkic peoples; together with the Tuvan language, they are included into the Uygur-Tukuy subgroup of the Uygur-Oguz group of Turkic languages. These peoples constantly communicated with each other, since they lived on adjacent territories. At the same time Tofalars were under Russian influence from the middle of XVII century, although they continued to contact with the neighboring Buryats. Soyots constantly contacted with the Mongols and Buryats and were even almost assimilated by these by the end of XX century. The situations with language for Tofs and Soyots have developed in different ways. Whereas nomadic reindeer breeders of Tofs and Soyots shifted to a settled way of life by 1930s, they still knew their native languages everywhere; the situation began to change during the period of settled way of life. Tofs in their villages were settled among the Russian-speaking population, and in schools they studied in Russian until 10th grade, because there was no written Tofalar language. This resulted in the fact that the Russian language began to displace Tofalar even from family communication due to a large number of mixed marriages. Soyots had a similar situation, only Buryat language, not Russian, displaced their native language. However, both Tofalars and Soyots still keep the knowledge of their native language and culture, there are even tendencies towards national revival. 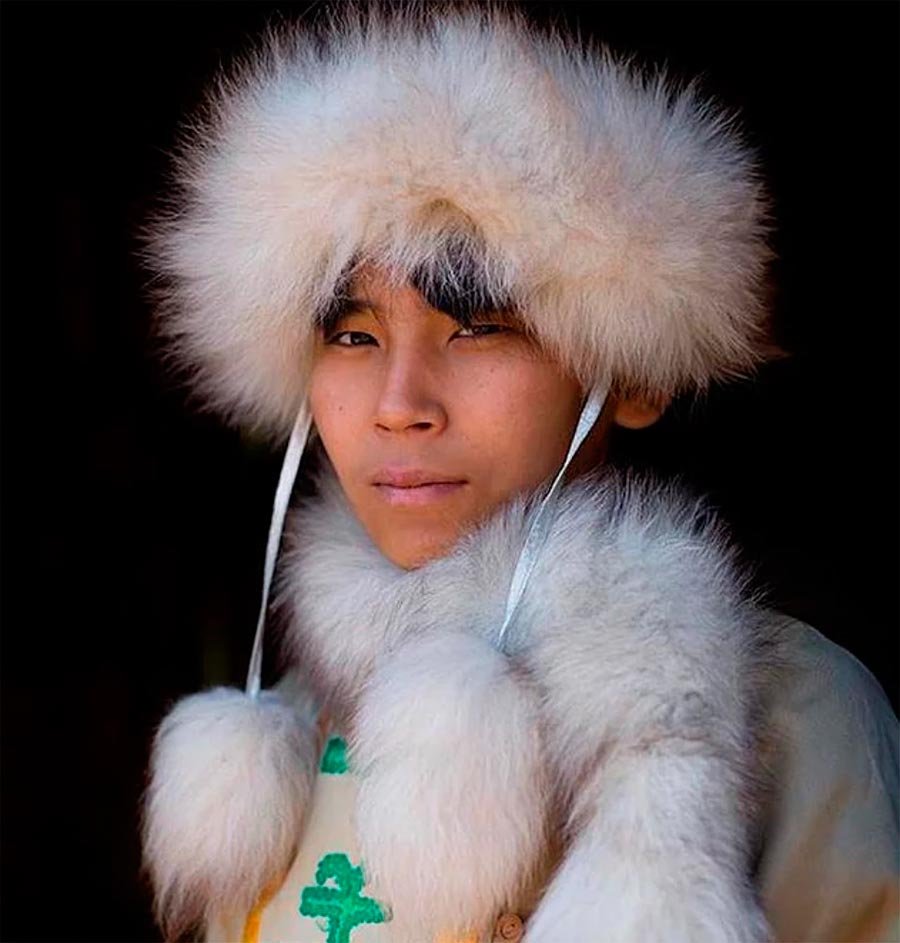 Modern Tofs are the most numerically insignificant Turkic-speaking people of Russia. Their number does not exceed 800 people. They live in a settled way in the three villages: Alygdzher, Nerkha and Verkhnyaya Gutara on the territory of Nizhneudinsky District of Irkutsk Oblast.

Tofalars name themselves “tofA”, before the revolution they were called karagases. In the past they lived in a clan system dividedinto five exogamous genera: haash, sary-haash, chogdy, kara-chogdy, cheptei. All nomadic places and hunting grounds were distributed among the clans. Although Tofs were converted to Christianity quite early, back in XVII century, they continued to adhere to shamanism.

Being the indigenous population of the region, Tofs have led a nomadic hunting and reindeer herding way of life until the end of the 1920s. Their tradition dwelling was a conical reindeer skin tent made of larch poles, covered with birch bark in warm seasons, and with elk or red deer skins in cold weather.

Tofs have preserved some of their traditional occupations: reindeer herding, seasonal fur hunting, hunting for spring Siberian red deer on salt earth for the purpose of harvesting antlers, autumn hunting for Siberian red deer with a special hunting whistle, hunting bears in their dens in autumn, hunting waterfowl, fishing in autumn ponds during the spawning period. Harvesting now includes only the harvesting of pine nuts in autumn. Many of these types of economic activities are also accepted by the local Russian population living in the villages of Tofs. 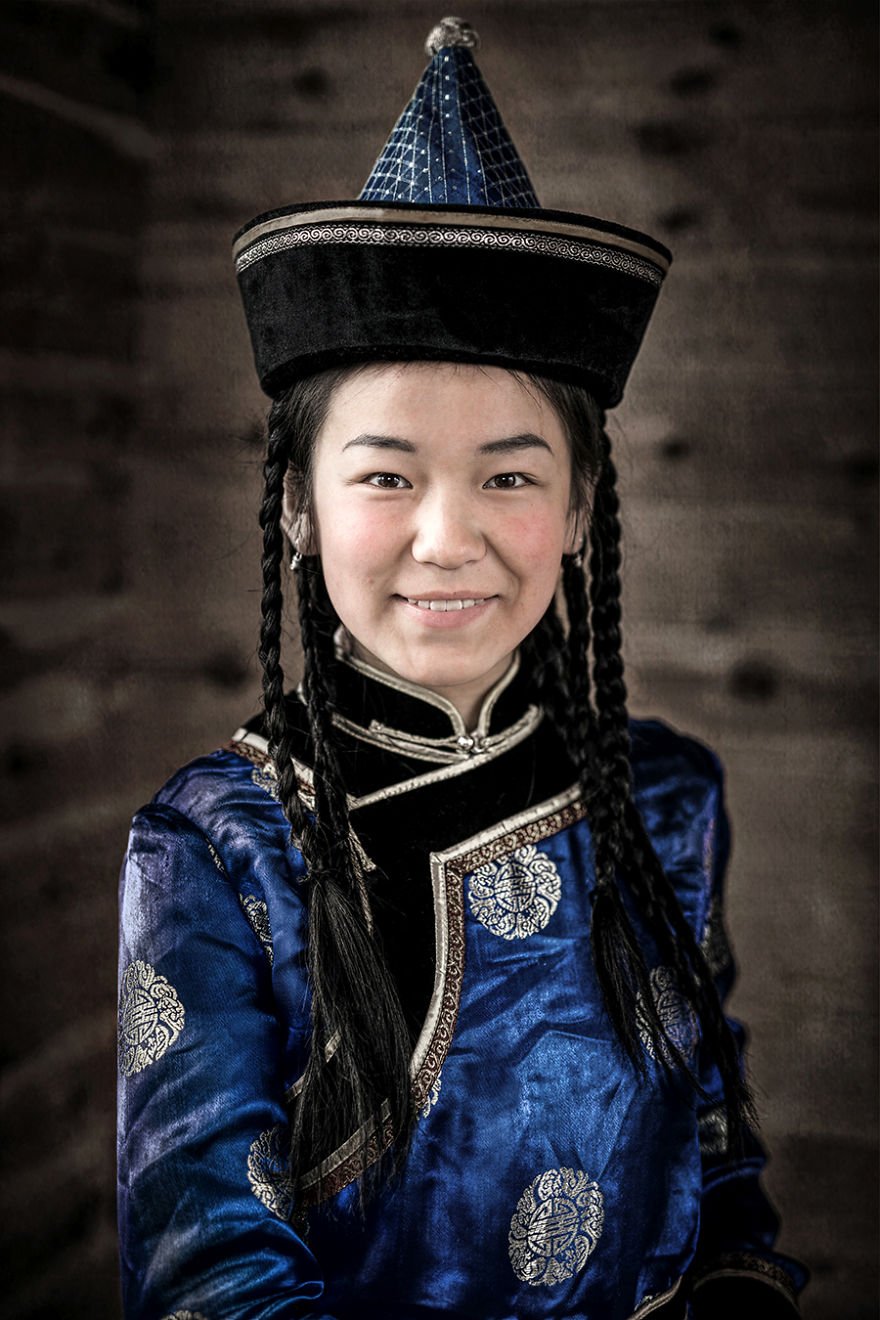 Modern Soyots are one of the numerically insignificant peoples of Russia whose representatives live on a small territory of Okinsky District and a small part of Tunkinsky District of the Republic of Buryatia in the Russian Federation. Until 1993 they have not not officially separated from the Buryat population of the district. Soyots who settled in Tunka and left the reindeer breeding due to the lack of geographical conditions for this activit began to adopt the economic-cultural way of life of the Tunkinian Buryats and quickly merged with them. Soyots - reindeer herders migrated to Oka, to the area of Ilchir - to the watershed mountain range around the upper Irkut River: this area had good pastures with reindeer moss and suitable conditions for hunting. Here they continued to lead their traditional hunting and reindeer herding lifestyle, together with other Sayan hunters-reindeer breeders: Russian Tofs, Uygurs of the Tsaatans of Mongolia and Tuvin-Todzhin people.

The history of the Soyots is underexplored. Scientific literature contains only a few separate remarks about their origin. It was suggested that Sayan Samoyedic tribes took part in their ethnogenesis, being the basis later joined by the ancient Turkic ethnic group. In other words, according to their origin, Soyots are Sayan Samoyeds,who were assimilated by Turks in the 7th -8th centuries AD, maybe even earlier.

Just like Buryats, the beliefs of Soyots include the Gelug school Buddhism and traditional religious rites in the form of shamanism.

Both Tofs and Soyots are unique in their origin, culture and way of life. Besides, they live in areas with pristine nature: this mountain region (Tofalaria and Okinsky District) is often called “Siberian Switzerland”. The most part of it is occupied by mid-mountain taiga landscapes, the rest of the territory is mountain tundra that isalmost unsuitable for permanent residence of people, with numerous mountain ridges with their height ranging from 1600 to 3491 meters, gorges, canyons and bald mountain terraces. The highest point of Eastern Siberia is situated there: it is the Mountain of Munku-Sardyk.

These remote and hard-to-access places attract the most experienced tourists and travelers. You can reach Tofalaria only by plane or helicopter since there are no roads; and if you want to visit Soyots, then you have to ride along impassable roads for several hours.