Tied to the Fate of Siberia

What the seven letters of the abbreviation ESDIRGS mean and how they helped to rediscover Siberia: you will learn this from our exclusive longread dedicated to those who devoted their whole lives to this wild region.
Первый Байкальский 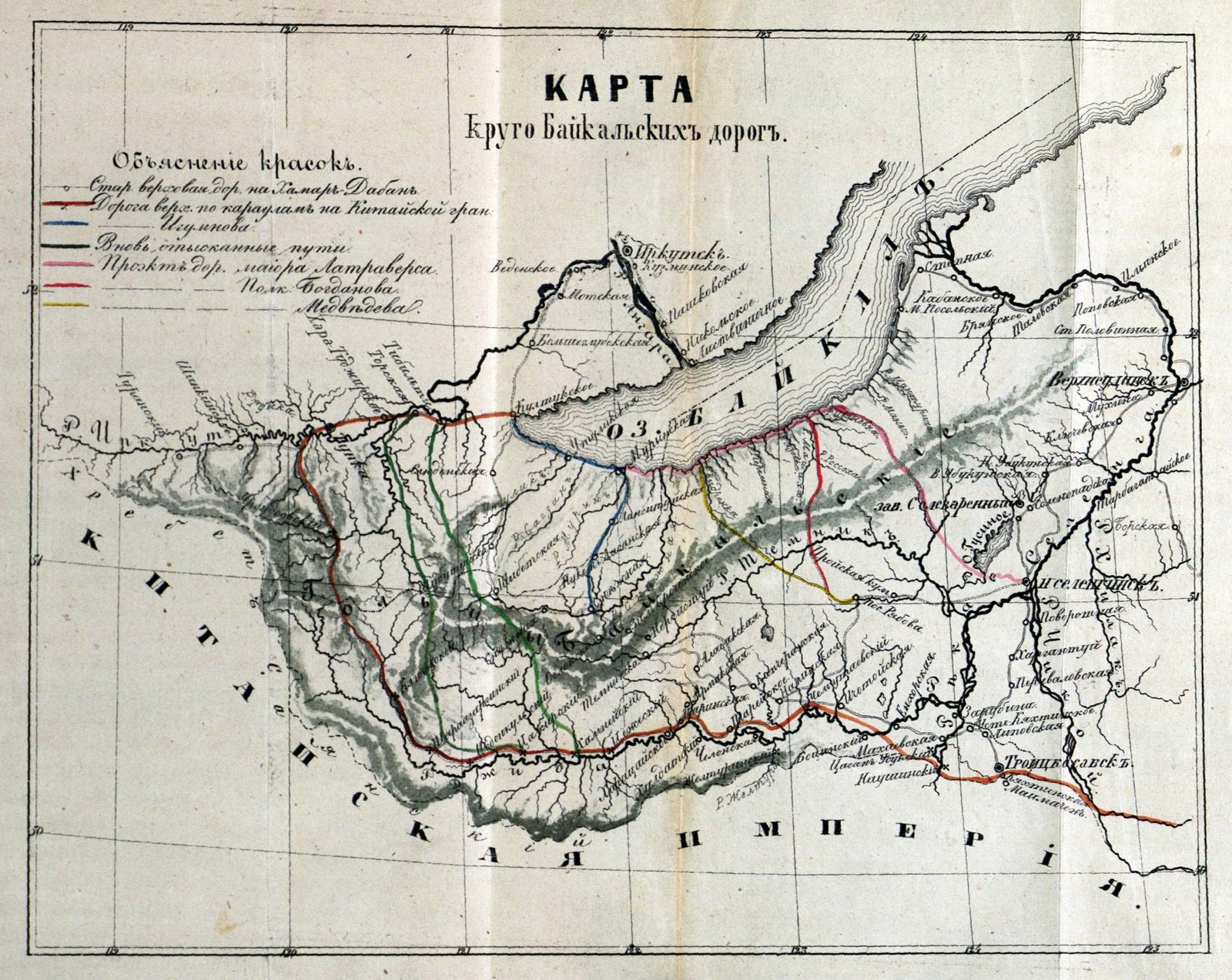 A very special desire of the inhabitants of Russia to discover new territories has been known for a long time. This fact may seem strange: the natives of capital cities was so attracted to mysterious wild territories that they went to the Siberian interior land for new discoveries and knowledge, not looking for honor or reward, but aspiring to thorough research for the sake of the country and the development of its potential, including scientific one. All these people and all their assistants can rightly be called ascetic champions.

We all understand that the map of Russia and, in particular, Eastern Siberia, did not always look the way it does today. Even the smallest rivers, lakes, mountain ranges that are marked on the map...At first, it was necessary to discover, explore, describe them. The passion and courage of only some separate people would not be enough.

The navigator, geographer, Earl F.P. Litke claimed that our country with its width stretching farther than to the semicircle of the Earth, was a special part of the world itself because it was characterized by different climate types, phenomena of organic nature, and so one. In his opinion, these very special conditions directly proved it that the main subject of the Russian Geographical Society should be “the management of the Russian geography”.

The activities of the Society affected the whole empire, and Siberian branch became one of its first regional departments, besides, the Siberian branch is considered one of the oldest Geographical Society departments in Russia. The government chose Irkutsk not by a mere accident. The city was a center of a huge Governorate General, not only by European, but also by Russian standards. The members of the Russian Geographical Society, engaged in the study of Siberian territories came to Irkutsk and stayed there for a long time.

However, the role of the Governor, Earl Nikolai Nikolayevich Muravyov (Amursky), certainly cannot be overestimated. He wrote the following: “... I hasten to express my readiness to assist the proposals of the Imperial Geographical Society’s regarding the establishment of a special Siberian branch in Irkutsk”.

The solemn opening of the first research institution of Siberia and the Far East, chaired by the Governor-General, was held on November 17, 1851. The Chairperson of the Department was elected General Karl Karlovich (Burgartovich) Wenzel, the military and civil governor of Irkutsk, whereas the management of affairs of the Imperial Russian Geographical Society was executed by Yulii Ivanovich Stubendorf, a full member of the Geographical Society and a Doctor of Medicine. The West Siberian Department of the Society was established in 1877, therefore the Siberian Branch in Irkutsk was renamed as the East Siberian Department (ESDIRGS).

The Siberian Department pretty soon became a real center for the research of the natural objects of Eastern Siberia, its history, culture and everyday life of the region’s indigenous peoples. This is evidenced by the very structure of the department which had a specialized character. Initially, there were branches of mathematical and physical geography, statistics, and ethnography. By the beginning of the 20th century, the number of specialized spheres had sharply increased (there were more than ten of them), there was also a Bureau of Baikal Studies with an excursion base at Baikal.

The spheres of activity of the Department were really extensive - expeditions, publishing, education...

The entire period from the moment of the establishment of the Department until 1917 is considered to be one of the most interesting in enhancing the knowledge about Lake Baikal, its flora and fauna, geological features, and life of the indigenous inhabitants of the region.

The organization of expeditions (Vilyui, Tunka, Vitim, Turukhan, Siberia...) becomes one of the main goals of the department. We will focus on those expeditions that are directly connected with Baikal and its coast. We should clarify it right away that originally the research work of the Siberian Department really played a practical role: cartography, a comprehensive description of the districts, statistics, the study of communication lines, mineral resources, vegetation, hydrology, climate. And the first independently organized expedition (Vilyui) showed that in order to conduct expeditions, scientists required serious monetary funds, but the Department had not enough of these. Therefore, the so-called “scientific trips” of individual researchers became widespread, for example, such trips were dedicated to the research of Angara and Yenisei, the Island of Olkhon, and the routes around Baikal.

If you pay attention to the surnames of the scientists listed above, you can easily understand that they are Polish descendants. And this is an incredibly interesting topic connected with the research activities of the exiled Poles which resulted in large-scale discoveries, non-standard hypotheses and theoretical conclusions, mainly in the field of natural sciences.

And if we add a more vivid description, the life of the scientist will seem to be incredibly interesting. He was sent to serve as soldier as a punishment for his participation in the Polish uprising; then a self-taught young man who arrived in Irkutsk in 1871 was accepted to work for the East Siberian Department of the Russian Geographical Society.

The bald mountains of the Sayan ridge made the young man famous for the first time. He was awarded a silver medal of the Russian Geographical Society for finding the fossil remains of a bear and a deer that had lived during the ice age upon his excavations in a solutional cave. Ivan Dementyevich tried to solve out one of the most interesting riddles - the origin of Lake Baikal. In 1877, the management of the Imperial Russian Geographical Society allocated him only 300 roubles to solve this problem. Using this modest amount of money, the young geologist could afford to hire a two-wheeled horse-drawn cart with a Buryat driver. Having traveled around Baikal, the small expedition made up the first map of the lake’s mountain surroundings. The activities of I.D. Chersky associated with the geology of Lake Baikal were awarded a gold medal of the Russian Geographical Society. The map being an integral part of his work caused great interest of the participants of the International Geological Congress in Venice in 1880. The creator of the map was unable to pay much attention to the Congress. At that time he lost both the house and the position in the Department during the Irkutsk fire of 1878, so, in order to continue the scientific research of Baikal, he had to go to work as a clerk, as well as paint portraits on a by-order basis.

- to come to a conclusion that the mountains around Baikal are the oldest part of Siberia which has not been flooded by the sea for about 200–250 million years;

- to claim that during the Tertiary period, Baikal used to be a large water reservoir, flowing to the Tunka and Barguzin valleys, with its the southern coast in the foothills of Khamar-Daban;

- to put forward a hypothesis about of many features of similarity of Lake Baikal to the internal lakes of Asia;

- to create the first monitoring of the water level in the lake. 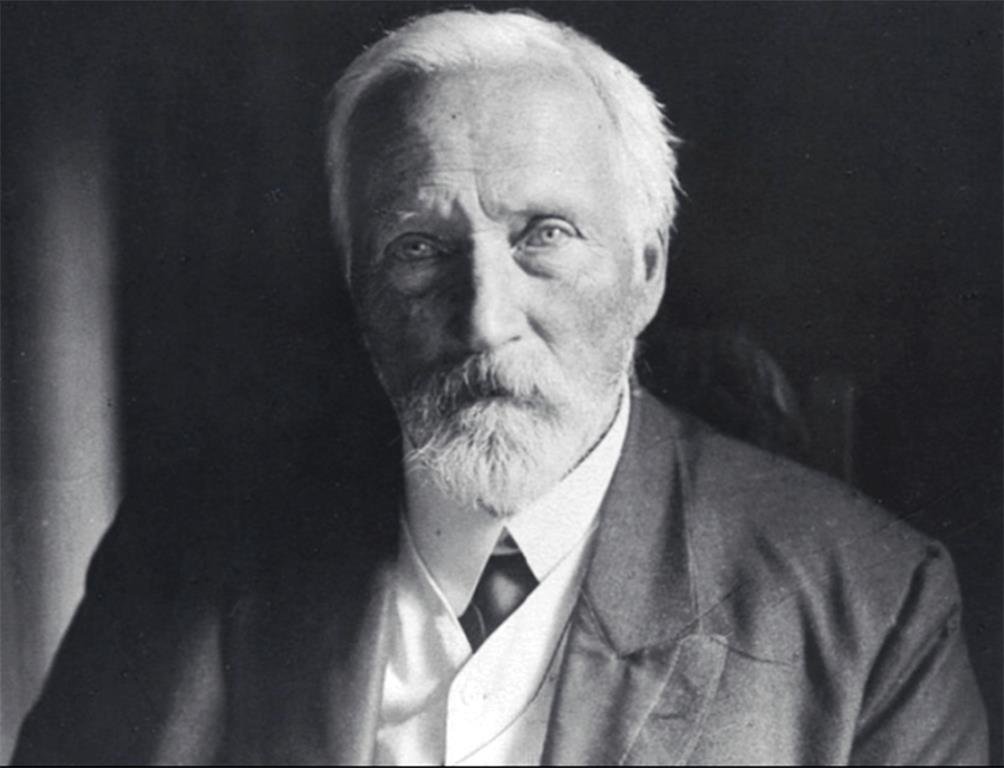 Another Polish scientist - Benedykt Ivanovich Dybowski - chose to settle down at the southern tip of Lake Baikal, in Kultuk, in 1868. Jointly with his associates, in particular Wiktor Aleksandrovich Godlewski, he began to study the fauna of Baikal with the use of his own rather modest monetary resources. These scientific studies led to the establishment of the strong ties between the scientists and the East Siberian Department of Imperial Russian Geographical Society. Over the 10-year period, Benedykt Ivanovich found and described 110 species of freshwater shrimps, most part of which were endemics; he was the first to discover the phenomenon of ovoviviparity of Baikal oilfish, studied more than 290 species of birds on the southern coast of Baikal, and collected terrestrial vertebrates. The diversity and variety of the fauna represented by B.I.  Dybowski made it possible for him to deflate the common belief of that time in the fact that there were only few invertebrate creatures in Baikal. The achievements of the scientists in the field of zoological geography were awarded by a gold medal of the Russian Geographical Society.

Wiktor Aleksandrovich Godlewski deserved special recognition for conducting systematic measurement of the depths of Lake Baikal, establishment of a relationship between the distribution of water temperature at different depths, species diversity and biological features of the lake’s fauna. Benedykt Ivanovich and Wiktor Aleksandrovich are rightfully considered the founding fathers of bathymetric study (the study of the relief of the underwater part of the water basins of Baikal). The measurements taken by the friends in 1869–1876 demonstrate unique accuracy even under modern conditions. The results of these studies made it possible to determine that the deepest parts of Baikal are closer to the northern coast the of the lake, and the greatest bottom depth of Baikal makes up 860 meters below sea level. Above all, Dybowski is famous as a scientist who was among the first to claim that Baikal is one of the deepest lakes in the world.

In late 19th century it was calculated that the members of the Division had passed, traveled, navigated about 700,000 km in their research of Eastern Siberia.

The first decades of operation of the East Siberian Department were characterized not only by incredible amount of performed researches, but also by invaluable public contribution. The best Siberian museum, a scientific library, an astronomical observatory, a meteorological station, a chemical laboratory, a biological station on Baikal - a predecessor of the Limnological Institute – have been founded during those years. The Siberian school of researchers has been formed, not only in the field of natural and social sciences, but also in history. And, of course, the important role of the East Siberian Department in preparation of the opening of the Irkutsk State University is invaluable.

The official revival of the activities of the Department after the vicissitudes of revolution dates back to 1947. Whereas during the modern period this Society is a voluntary professional association of researchers engaged, particularly, in the promotion of geographical knowledge, ecological and geographical education and development