The Settlement of Tarbagatai: Three Centuries of Traditions at Lake Baikal

© Photo credit: Flickr, Anthony Knuppel
One of the most interesting settlements located near Lake Baikal is undoubtedly the one called Tarbagatai. The Russian Old Believers exiled to Sibera have been living here for three centuries in a row.
Nastya Yarovaya

A lot of different people live around Lake Baikal. First of all, of course, these are Russians and Buryats, indigenous inhabitants of these places. Everyone is gradually getting used to such national diversity, one way or another: Buryats are beginning to honor the Orthodox Saint Nikolaos the Wonderworker, Russians respectfully tie ceremonial ribbons to the tree branches. That’s tolerance and dialogue of cultures in action.

But there are also those who have maintained their identity almost intact for centuries at Lake Baikal. If you are not entirely alien to amateur ethnography, then you should certainly visit the unique settlement of Tarbagatai where “Semeiskie” (“families”, one more name of Old Believers) live. 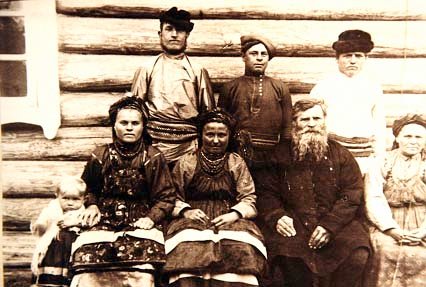 Tarbagatai is a settlement in the Republic of Buryatia that is located at a 65-kilometer distance from Ulan-Ude, to the southwest of the city. It stands on the banks of the tributary of the Selenga River - Kuitunka River - and is named after the tarbagan groundhogs, plenty of which live here. This settlement was founded more than 300 years ago. In the late 17th century the Archpriest Avvakum sailed to Dauria through the Selenga River. Including by the suburb of Pargabentei that later became the settlement of Tarbagatai.

A settlement differs from a village by the fact that a settlement has a church. In 1744 an orthodox temple, Zosimo-Savvateevskaya Church was built in the suburb of Pargabentei. And in 1765 the first Old Believers, the so-called “Semeiskie” (“families”), began to arrive here. Where did this name come from? Locals gave it to the resettled Old Believers, because they came to Siberia in large families, unlike single convicts.

The history of the Old Belief is a separate page of the long and complicated history of Russia. When the Polish-Lithuanian Commonwealth was split, the first 40 thousand people were resettled from Vetka (today it is a city on the territory of modern Belarus) to Eastern Siberia and Transbaikalia. Their relocation became later known as the “first exile”.

The first Old Believers arrived in Irkutsk in December of 1756. This is evidenced by the Irkutsk Chronicle:

“In the year 1756 Polish Old Believers came to Irkutsk to settle behind Baikal. They were accompanied by the Lieutenant Colonel Ivanov”. They did not stay in Irkutsk for a long time and in January 1757 years were transported to Transbaikalia, where they settled on the banks of the Chikoi River, a tributary of the Selenga River.

Thirty years later the third exile was underway. By this time Tarbagatai was already a real Old Believers’ (“Semeiskoe”) settlement with its traditions and even an Old Believers’ Chapel.

A very interesting and detailed description of the Old Believers’ settlement by the Engineer A.I. Martos made in 1824 has preserved. His description is a real route chart for the lovers of ethnography who are ready to repeat the journey in search of the ethnographic exotics of Transbaikalia 200 years later.

The postman stopped in the settlement near a wooden house that stood opposite to the Old Believer’s Churсh of Nikolaos the Wonderworker; another cathedral was dedicated to the names of St. Zosima and Savvatii.

I was in a hurry to enter the house; the clean seni (inner porch) led me into a neat room. I liked it at the first sight.

“Whose House is this?”- I asked the woman who came to welcome me on my arrival. “This is a peasant’s house, Sir!” - she answered to me. Stylish mahogany furniture, floors covered with carpets, large mirrors in beautiful frames, a musical clock in the third room made me forget the answer and repeat the same question.

“Our master is the peasant of Verkhneudinsky District” – the woman answered – “now he is not home: he went to the town, but we are waiting for him to come back today”.

During my questions the master’s wife came to greet me and wish me a happy new year, she said that she was pleased to have a guest on such a day and repeated that her husband would definitely return soon. During our conversation a lovely girl brought me tea: the drink was very good; soon I was invited to have a dinner. Four well-cooked dishes, clean tableware, a clean tablecloth and napkins, very well brushed silver spoons – all this gave me the best appetite.

Soon it grew dark, so the candles were brought. The mistress came to me and made a suggestion that if I was probably bored with Tarbagatai, maybe I wished to read some magazines. Again I was surprised at having St. Petersburg political and literary journals right before me, in a peasant’s house, at a 6500-verst (almost 7 million kilometers) distance from the capital...”

It is not so bad for a peasant’s house in a Transbaikalian settlement not far from the severe sea-lake, is it? Frankly, it is an unusual settlement. And the way of life is not traditional for a rural settlement.

This is how A. Martos described the settlement itself: 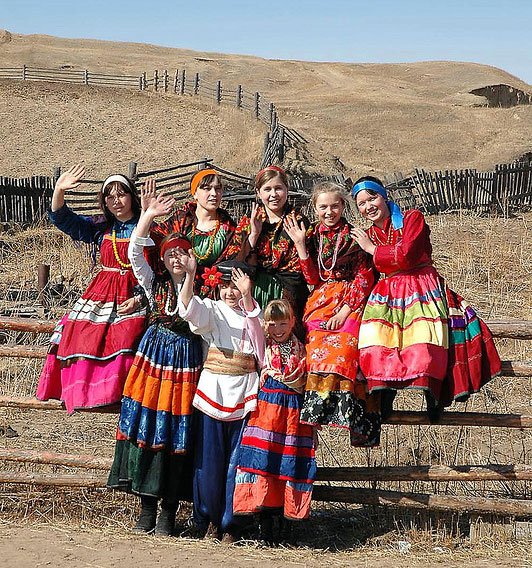 “The settlement of Tarbagatai stretches to about two versts; the straight street contributes a lot to its beauty. There are 110 houses and 700 residents. The settlement lies at the Tarbagatai and Kuitun Rivers where people catch omul, ide, cisco, burbot, pikes, grayling, lenok and taimen, while the Selenga River where the locals have their fisheries is a home to sturgeons, however these are small here, as they told me, no more than three puds (48 kg), however, as you come closer to the lower reaches, near the river source by the sea, you can catch a sturgeon weighing five puds (80 kg)!

A pud (16 kg) of meat is sold here for two roubles; agriculture has reached the highest degree of perfection: many plowmen sow bread on a hundreds of acres! Moreover, local residents are brave and the most diligent hunters, hunting moose, European bison, wild goats, bears, wolves, foxes and hares.

Peasants are quite wealthy, judging by their households, each of them keeps a hundred of cattle heads, from three to five hundred sheep, a hundred of horses that are also used to cultivate the land – this refers mainly to wealthy people, but if you compare, there are richer ones as well.

The present generation born behind Baikal is satisfied with their present time ...”

Thus, the Old Believers’ settlement was well known in Russia. Even N.A. Nekrasov wrote a poem titled “Grandfather” about it. Not many Siberian settlements were granted such an honor.

Beginning from 1849 Tarbagatai started holding fairs. They usually took place in the first half of January. And the basic goods traded there were fabrics, grocery, cast and simple iron.

In 1877 Amvrosiy Fedotov was born in Tarbagatai, he later became the Bishop Afanasiy. The Old Believers’ Bishop of Irkutsk and Amur and the entire Far East Afanasiy was canonized in 2003.

By the beginning of the 20th century the settlement had two Orthodox churches and three old chapels, a parochial school and a prison, a water mill and a steam mill, six blacksmith shops, 539 yards (465 of these belonged to Old Believers) and 3391 inhabitants. (By the way, a hundred years later, the population of Tarbagatai increased by about one thousand people and, according to census data as of 2010, amounted to about 4300 inhabitants.)

During the civil war Tarbagatai fought on the side of the Red Army. A famous historical event is the Battle of Omulevaya Bald Peak that lasted for more than five hours: the attacks of the White Army were repulsed, because the guerrillas received help from the inhabitants of the settlement.

The Soviet government imposed its way of life on Tarbagatai, but even this could not destroy the Old Believers’ identity. They were and remained in their own right. This was manifested in everything, from clothing, where the main feature was beaded jewelry, to homes: log houses (“izbas”) had a high porch, gates and shutters were richly decorated. There was a tradition to paint the walls, the ceiling and partitions in the house with large stylized flowers. 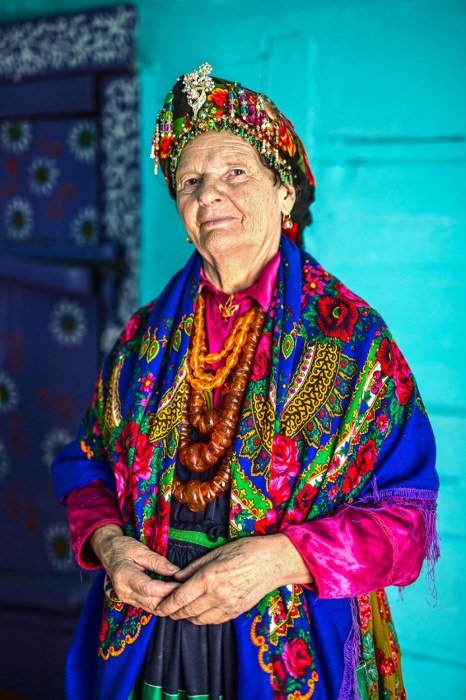 The Old Believers strictly observed religious fasts: according to the Old Believers’ version, a year has 244 meatless days. At the same time, their cuisine is famous for the variety of ways of cooking meat. The Old Believers do not like to drink tea: they just drink boiled water or decoctions of herbs instead. Alcohol and tobacco are totally banned. Until present time you can see a closed bottle of vodka in a visible place in the houses of Tarbagatai; this symbolizes the fact that the master of this house does not drink alcohol.

Other prohibitions include the impossibility to have a common meal with the representatives of other beliefs. You cannot marry a representative of another faith and nationality. The families are exclusively patriarchal. It was a rule for all generations of the same family to live in the same manor consisting of several houses. The main thing was to stay together.

The Old Believers are famous for their singing culture. Traditional wedding songs, spiritual poems, laments have preserved until today.

Each Transbaikalian Old Believers’ settlement has folk choirs and folk groups. For example, the Tarbagatai Semeisky Ethnographical Ensemble titled “Sudbinushka” (“Fate”) was created in 1990, it won a Prize of Pyatnitsky and was awarded the title of “Living Treasures” by UNESCO in 2001.

Tarbagatai also has the Museum of the Old Believers’ Culture, where you can get more closely acquainted with the unique history of the settlement.

If you come to the eastern shore of Lake Baikal, to Buryatia, be sure to visit Tarbagatai. You can come there by the “Baikal” Federal Highway (R-258). Or you can go through the regional road that goes from Ulan-Ude to Okino-Klyuchi. You can buy books about the Old Believers, original souvenirs and handicrafts by local masters at the Old Believers’ Manor on the Territory of the settlement. Experts also state that the local hooch of Cedar nuts made by Old Believers is the best kind of this drink in the entire Transbaikalia, and its quality is not inferior to Whiskey.

The Old Believers living at Baikal are a totally unique subculture that has been preserved here in its original form for centuries. They are few people who managed to settle on the harsh Baikal land without losing their identity.