The Poles and Belarusians of Baikal: Disputes about Chersky

People living on Lake Baikal include two Slavic peoples that have made a huge contribution to the research and development of Siberia: Poles and Belarusians. “Key to Baikal” will tell you how these peoples came to Lake Baikal and what it all has to do with Chersky.

The Poles and Belarusians reclaimed Siberia together with the Russians. Even the description of Yermak’s detachment refers to “Lithuania”, which implies the participation of Belarusians and, possibly, Poles in this campaign. The matter is that “Lithuanians” and “Litvins” were the names of the residents of the Grand Duchy of Lithuania with the majority of the population being the ancestors of modern Belarusians. Some Belarusians call themselves “Litvins” (which originally meant “Lithuanians”) even nowadays. At the same time, the Grand Duchy of Lithuania and the Kingdom of Poland were two parts of the Polish-Lithuanian Commonwealth – a large state inhabited by Poles, Ukrainians, Lithuanians, Jews, Germans and other peoples, alongside with Belarusians.

Prisoners and deserters from the Polish-Lithuanian Commonwealth took part in the campaigns of the Moscow kingdom headed to the East, but even as they settled in Siberia, they did not create any expat communities. Only after the division of the Polish-Lithuanian Commonwealth, when Poles and Belarusians became the subjects of the Russian Empire, the inflow of migrants increased.

However, Poles and Belarusians most often migrated not by their own will. Numerous unrests and riots demanding autonomy or independence from the Polish-Lithuanian Commonwealth were cruelly suppressed, and their participants were exiled to Siberia. At the same time, the convicted Siberians were characterized by their restless temper and rebelled again in a new place. For example, the participants of the Polish Uprising of 1863-1864 rioted again on June 24, 1866 at the southern edge of Lake Baikal, near the village of Kultuk. 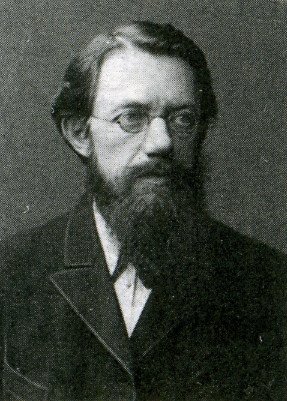 Many former rebels settled down and became peasants, craftspeople, merchants and... scientists. Many Poles and Belarusians who took part in the uprisings were students and educated people; meanwhile, Siberia remained a wild land that required research. One of these researches was Yan Chersky whose fame cannot be equally divided between the Polish and Belarusian communities of Irkutsk. There is even an organization bearing his name: “Irkutsk Association of Belarusian Culture named after Yan Chersky”.

He called himself “Litvin”, that is, a Belarusian, spoke and wrote in Belarusian, but participated in the Polish Uprising, was a Catholic by his faith and a Polish patriot. How is this possible? The case is that ethnic borders were rather blurred at that time, especially on the territory of modern Belarus, where people had no national identity then. Therefore, Jan Stanislav Franciszek Czerski  could also be known as Ivan Dementievich Chersky or Yan Daminikavich Chersky. However, the things he has done for the research of Siberia and Baikal are much more important. “Key to Baikal” has an article about six of his main discoveries.

Over time former rebels built a Catholic church in Irkutsk. Since then this city near Baikal has been the pillar of Catholicism in the Northeast Asia and the capital of the largest Catholic diocese in the world, the diocese of St. Joseph. Poles are still a significant part of the Catholic community of the Baikal region even now.

The Belarusians who moved to Siberia at their own will were called “independent travelers”. Unlike Poles, they were mostly Orthodox and of peasant origin. Most often they founded villages in uninhabited places far away from other settlements; therefore, they still preserved some of their customs and traditions.

Belarusians have their own “exemplary” village – Turgenevka –  founded in 1909. The village has its own Historical-ethnographic Museum, a choir and a children’s folk workshop. However, this is not just a tourist center, but a place of attraction for the Belarusians of the Baikal region where the customs and traditions of their ancestors are honored and preserved. 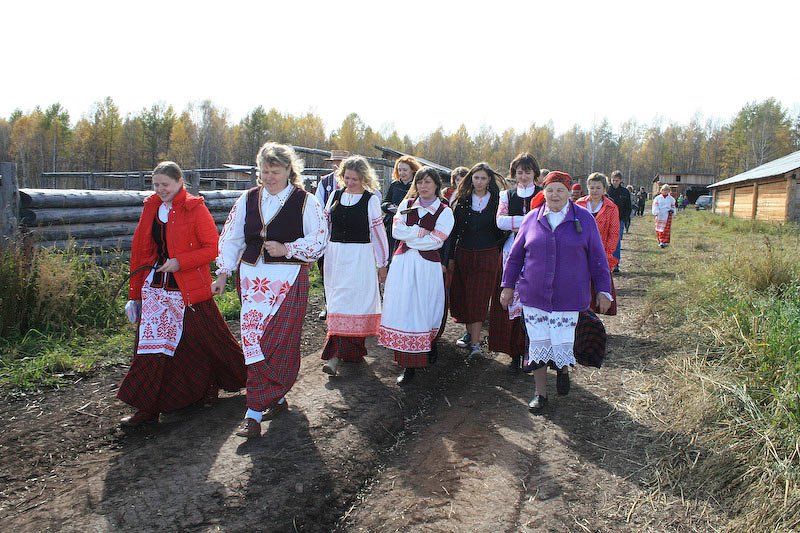 Unwavering traditions of decorative and applied art brought from their ancestors’ places have survived in Turgenevka, just like in many places of residence of the descendants of Belarusian immigrants. First of all, these are ornamental motifs of embroidery on towels, shirts and sarafan dresses.

Besides, cooking traditions of Belarusians have been preserved here. Dishes made of potatoes have always been the basis of Belarusian cuisine. The most important among them are potato flapjacks (“draniki”). The most widespread meat dishes are cooked of pork.

The village is different from Russian and Buryat settlements in its appearance: the streets are broad; you can see a mountain ash - a symbol of family, as well as numerous sunflowers, in every yard. It is interesting that local Belarusians came from Western Polesie bordering on Poland. You can see Turgenevka on the way to Baikal, if you are going to Maloe More. You cannot skip it: the sign in Russian and Belarusian languages will tell you where to turn.

During the Stolypin’s reforms the Poles also became “independent travelers”. In 1910 they founded the village of Vershina (Wierszyna), which became a tourist attraction of Irkutsk Oblast. The village has preserved an original way of life, customs, cuisine and even the dialect of a Polish village of the beginning of the 20th century, but the Siberian location also influenced the culture of the local Poles. The village has its own Catholic church and a museum. Tourists from Poland come here quite often to look at their compatriots living in remote Siberia. Vershina is located 135 kilometers to the north of Irkutsk and can be accessed by a scheduled bus.

No matter what you think of Yan Chersky’s origin, it is worth to visit both Vershina and Turgenevka, and, it goes without saying, Lake Baikal.