Long-awaited Lights: the Story of the Baikal Beacon Lights

The widespread expression that lighthouses are the most romantic buildings of all engineering structures is not accidental. The beacon lights are saving people’s lives, they are a road map, hope, a home...

Baikal sailors would most probably like to see a long-awaited light at dusk in the middle of the 19th century. But there was nothing of this kind on the lake at that time, and the only hope of the ships coping with extreme navigation conditions was the skills and experience of local self-taught sailing masters trying to determine the moment when one of the fierce Baikal winds would appear.

The Establishment of the Beacon Lights Was Entrusted to the Expedition of F.K. Drizhenko 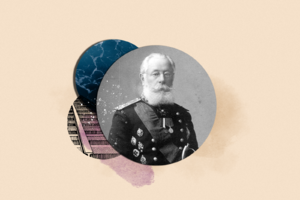 Of course, it can’t be said that no attempts were made to secure navigation on Lake Baikal in XVIII - early XIX century. An 8-meter log cone was erected on Yuzhny (Posolsky) coast back in 1761: an ordinary bonfire could be lit on top of that cone; however, systematic works on the construction of lighthouses began thanks to the activities of the expedition of Fedor Dryzhenko.

We will tell you about the most active period of creation of the “beacon lights” system, based on the expedition’s reports and the materials of the Irkutsk newspaper titled “Vostochnoye Obozrenie” (“Eastern Review”) (the style of narration has been preserved).

The question about the need for an entire chain of lighthouses was starkly raised during the construction of the Trans-Siberian Railway, and more specifically, the Baikal railway crossing.

The first navigation experiences during the work on the crossing already “discovered the need for lighthouses, these soothing night lights on the vast expanse of water. Goloustny Cape is located at the distance of 45 versts (1 verst= 1066.8 m) from Listvennichnoye: Goloustny imperceptibly protrudes into the sea for the distance of three versts; navigation around it brings troubles to ships during foggy times”.

The arguments of Drizhenko convinced the Committee of the Siberian Road that began to finance the construction of the first two lighthouses (Goloustninsky and the one in the Peschanaya Bay). As the city newspapers wrote, “there was an opportunity to start lighting the lake with lighthouses that had to largely secure navigation on the lake not only for big steamboats and local steamboats, but also for fishing boats”.

The Attitude of the Society to the Construction of Lighthouses 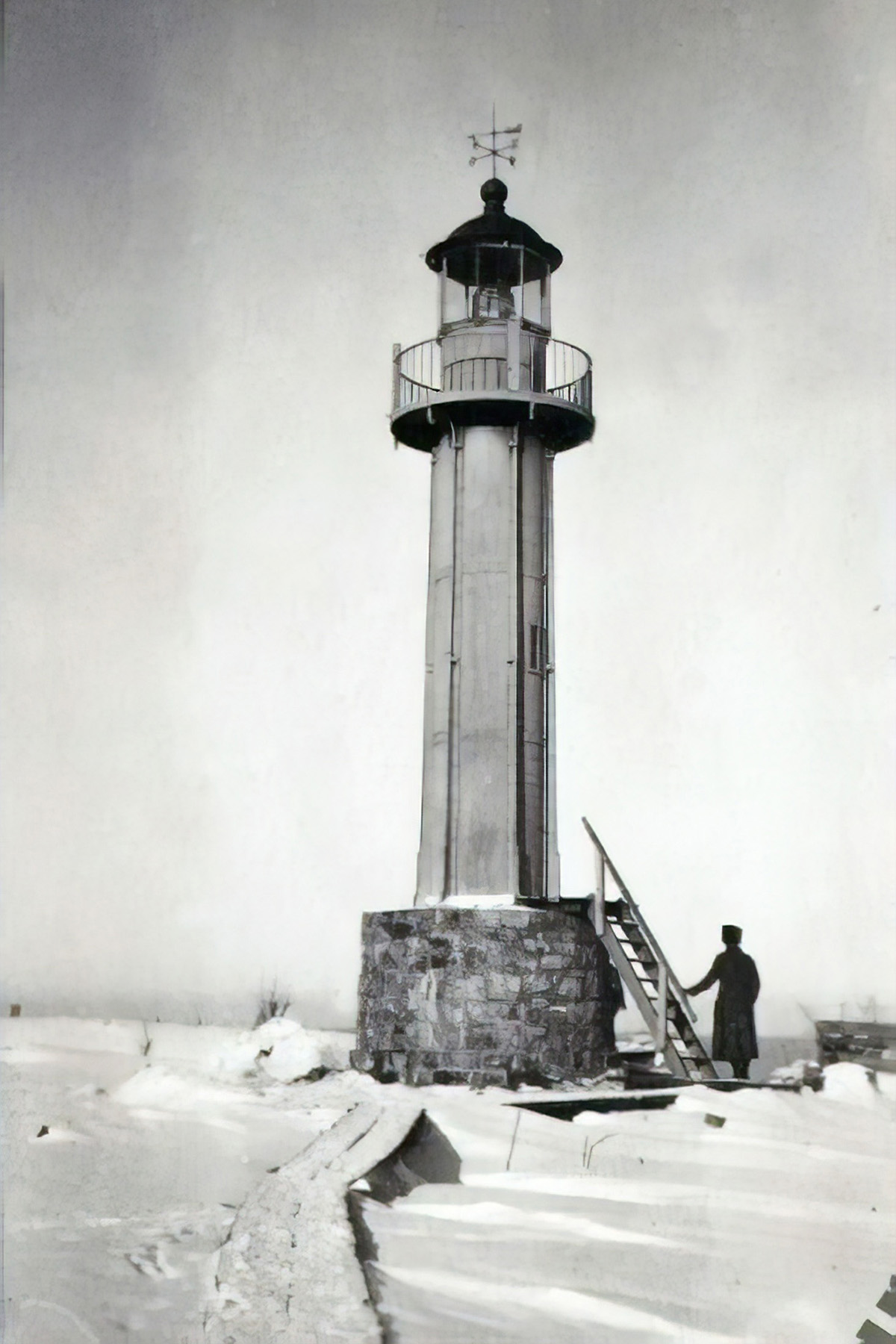 The activities of the expedition stroke a chord both with the authorities and with the local population. The press reported that “the peasant society in the village of Goloustnoye sold dry logs at its own price, and the owner of the barge Strekalovsky put his barge and workers at the disposal of the Head of the Expedition for transportation of lighthouses twice”.

The captains of steamers and sailing ships, fishermen and industrialists did not miss the opportunity to express gratitude for the construction of lighthouses. They attributed particular importance to the Goloustninsky lighthouse that set them free from burdensome caution when passing that place at night upon strong mountain wind with a tug of the tea barge that sometimes cost up to 500,000 roubles. Beacon lights encouraged travelers; the captains of the ships ceased repeating: “Look and look, time and again, you will tire your eyes out”, on the contrary, they started to consolingly note: “Now head for the lighthouse and sleep well!” However, hard-working sea fishermen were especially grateful: their life was in constant danger at night, especially at the mouth of the Selenga River, where the breaking waves raged.

Following the initiative of Drizhenko, the shipping company took on the obligation to maintain contact with the lighthouses with the help of its navigating ships free of charge. The Irkutsk Governor asked the owners of the vessels to patronize the lighthouse keepers.

In the summer of 1899 they already began to construct “beacon lights” on the lake, the first of them was lit on June 29. Such swiftness was explained in a simple way: there was no need to build a house and there was no special separate booth. By agreement with the Director of the Irkutsk Observatory, they used the additional storey above the porch of the meteorological station, raised it by 8 feet, thus forming a lighthouse room, and installed a light apparatus near its wall.

The duties of the keeper of the Goloustninsky lighthouse were readily taken on by the monitor of this station.

The Heroic Story of Constructing a Lighthouse in the Peschanaya Bay

When a place for construction of a lighthouse in the Peschanaya Bay was being chosen, the best point was considered to be the inaccessible Rock of Bolshaya Kolokolnya separating Peschannaya Bay from Babushka Bay. 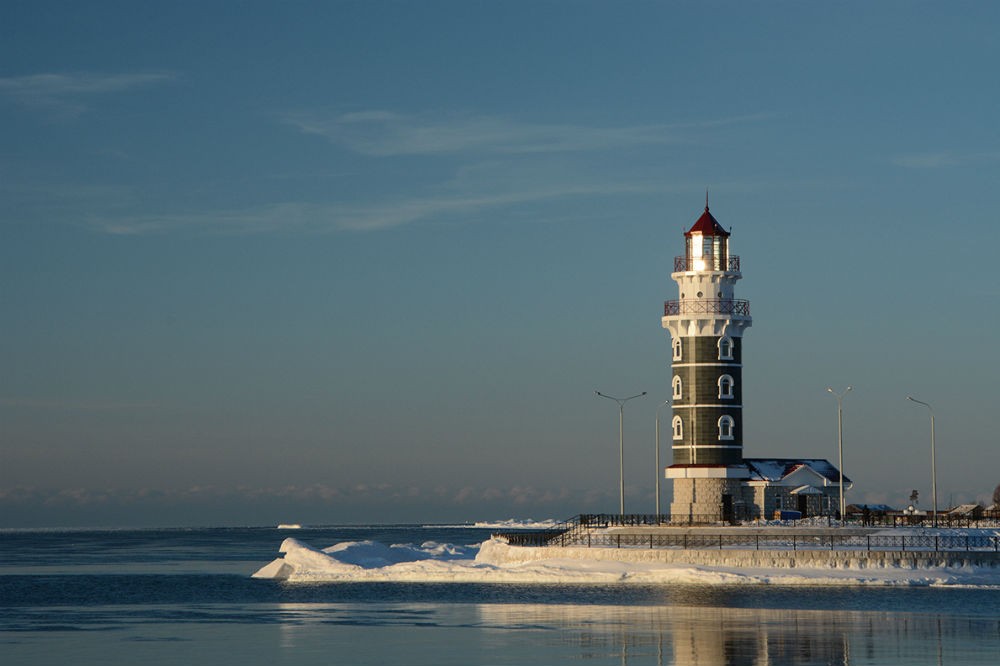 The construction of this lighthouse began on June 19, 1899, the fire was lit there on July 30, and all works were completed on October 2. The construction of the lighthouse is a quintessential example of dedication of the common person, sailor Trofim Sosnovsky. The height of the Bolshaya Kolokolnya Rock reached about 80 meters, and “so that to reach the top of the cliff, it was needed to construct scaffolding, raising it to a high and very steep mountain, and the cost of such work would exceed the entire amount of money allocated for all lighthouses”. First of all, it was necessary to clear a platform for a lighthouse booth on a cliff with the help of powder explosions. The problem was solved without large financial costs. Trofim “volunteered to climb the steep rock and accomplished this at a great cost of life within three hours. He took a thin rope, by lowering it he began to lift structures and tools needed for the construction”, and then cleared a platform with the help of explosions for several hours. A wooden staircase consisting of 294 steps leading to the top of the rock was built.

The light of this lighthouse could be seen at a distance of 50 versts (about 53 km) in clear weather, which “could only be explained by the amazing transparency of the air on Lake Baikal”.

The Results of the “Lighthouse Construction” of the Expedition of F.K. Drizhenko

The construction of the first two lighthouses did not exhaust all the money allocated for this important business. Therefore, the expedition leader decided to “immediately start construction of two more lighthouses: at the mouth of the Selenga Rriver, near its Kharauz fork, where the movement of ships was always very lively, and in the Olkhon Gate Strait, where it was almost impossible to use excellent anchoring berths in completely closed bays before”.