The Fate of the First Scientific Vessel of Lake Baikal

“Innokentiy” steamer was launched to the lake at the end of XIX century and became the first research vessel of Baikal. Read our article to know about its younger “brother” and the way the ship helped to construct the Circum-Baikal Railway.

The Irkutsk Regional Museum of Local History includes an incredibly interesting department - the widely known “Angara” icebreaker, being a part of the history of Eastern Siberia, including the development of Lake Baikal. At the same time, the main composition includes models of other steamers made with great precision: now they can only be seen in miniature copies. One of them is “Innokentiy”, now we will tell you about its fate. 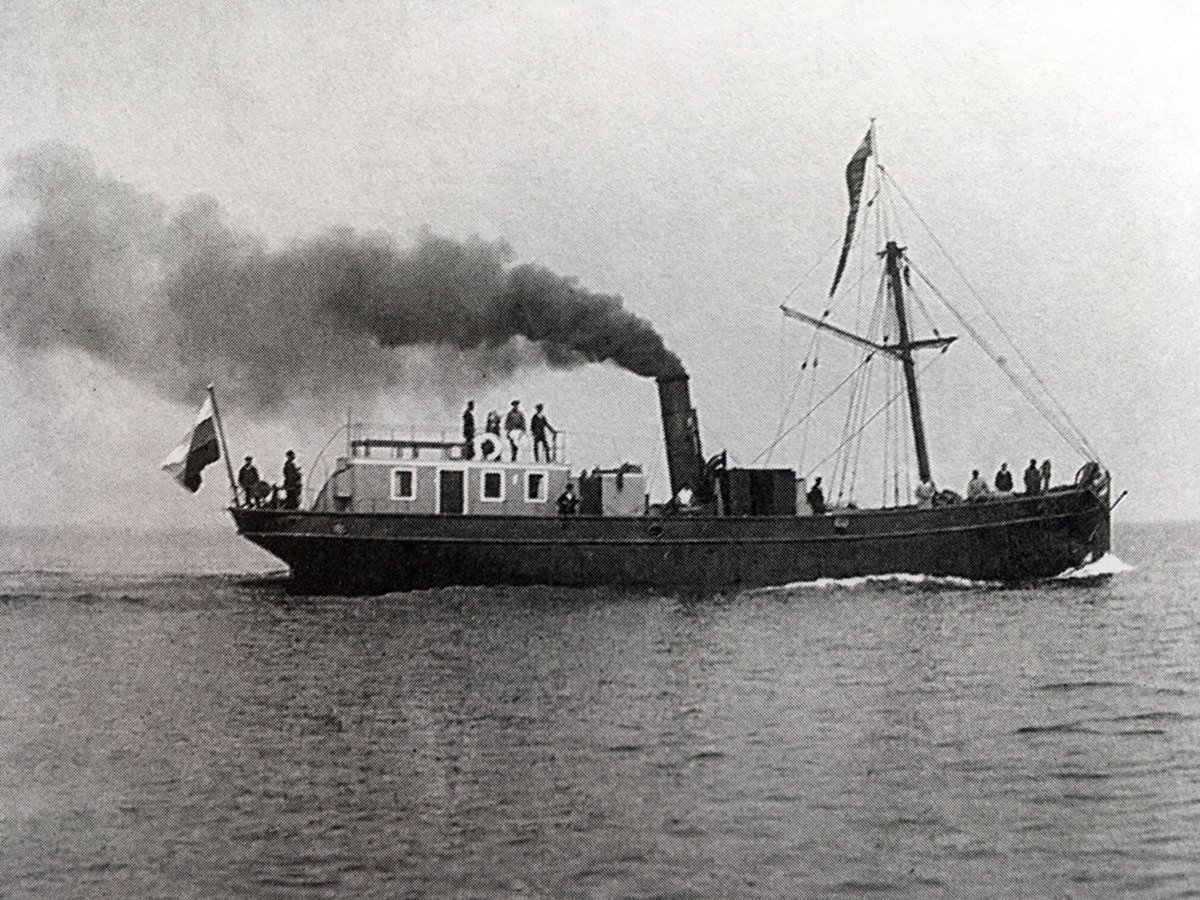 The history of navigation on Lake Baikal is extremely interesting, but now we are talking about other things. We cannot imagine the biography of “Innokentiy” without mentioning the names of individual shipowners. Indeed, they played a leading role in the twists of the vessel’s fate.

Khaminov Ivan Stepanovich – an Irkutsk and Kyakhta merchant of the first guild, hereditary honorary citizen, privy councilor, owner of a multi-million dollar fortune, philanthropist. He was one of the first merchants to understand the benefits of investing in the organization of navigation on the Siberian rivers in general and on Baikal in particular. Since 1862 he had been the owner of the Baikal Shipping Company (several shipping companies with this name were created at different times).

Shishelov Semyon Aleksandrovich - a representative of the numerous and respected family of merchants, shipbuilders and shipowners, one of the co-owners of the Siberian Shipping Company (established in the mid-80s of XIX century).

Nemchinov Yakov Andreevich – a Verkhneudinsk and Kyakhta merchant of the first guild, he is considered an example of an outstanding entrepreneur who was an errand boy and later transformed into the wealthiest person in Siberia in the mid-19th century. An owner of a shipping company.

Nemchinov Andrei Yakovlevich - an heir to the multi-million wealth of his father who bought out the Kyakhta steamship partnership company in the mid-90s of the nineteenth century (different dates are indicated: 1894 or 1895): his steamships were carrying out regular trips on Lake Baikal.

I.S. Khaminov built the ship called “Innokenity” for his Baikal Shipping Company in 1865; the ship was named after the Holy Hierarch of Irkutsk Innokentiy (Kulchitsky).

According to the descriptions, the steamer had 2 pipes and was equipped with wheels, was as powerful as 100 horsepower; the ship was sent to search for fishing vessels carried away by the storm in November 1869, but the steamer also got into a terrible storm. As a result, the ship broke its hull against the underwater reefs and was destroyed. Its remains were thrown to the coast on the stones near the Ushkanyi Islands. Crew members of “Innokentiy” (30 people) died.

We have told about this ship not by a mere chance. First, there can be confusion because of its widespread name. And, secondly, the tragedy of this “Innokentiy” could have had negative consequences for the expedition with the participation of our “Innokentiy”. As a result of measurements of the bottom near the Ushkany Archipelago with the participation of the second Innokentiy, it was concluded that these places were rather convenient for the passage of ships. However, the catastrophe of the Khaminov’s vessel that occurred in this area could cast doubt on that conclusion, although the tragedy happened due to a crew error and was not connected with the bottom relief.

The Stages of the Sea Route of “Innokentiy”

“Innokentiy” steamboat, the second screw ship with an iron hull on Lake Baikal (the first ship of this kind was “Nikolai”), was launched In November 1886.

A single-deck, 26-meter, 40-horsepower “Innokentiy” was used mainly as a towing steamer. Comfortable transportation of passengers on it was difficult due to the lack of space on the vessel. Contemporaries said that “it was not threatened by any storms even in autumn and, despite his small size, it could tow unbelievably large Baikal vessels with cargo, even upon a fairly strong headwind”.

“Innokentiy” was a part of a fairly large flotilla for that time (8 ships) – it belonged to the “Siberian Shipping Company”.

A year before the heir to the throne Nicholai arrived in Irishk in 1891, the owners of “Innokentiy” submitted a proposal to the Governor-General: to use their ship to carry the heir to the throne on the lake, naturally, without asking for any fee, but stating that they would be happy to render service to the future Tsar. But a special committee considered that the vessel was not worthy to carry such a passenger.

After that “Innokentiy” was transferred to A.Ya. Nemchinov who bought it from the owners of the Kyakhta steamboat partnership company. “Innokentiy” used to participate in the Baikal navigation, but Andrei Yakovlevich gave the ship the opportunity to demonstrate its capabilities, sending it to work on the Baikal Lake Hydrographic Expedition from 1897 to 1902.

After 1905, “Innokentiy” worked as a member of the “Partnership of Baikal Shipping Company and Trade”, survived the revolution and was partially sold to a Chinese citizen by M.M. Kokovin in 1918, just a month before nationalization.

Principal Assistant in the Construction of the Circum-Baikal Railway 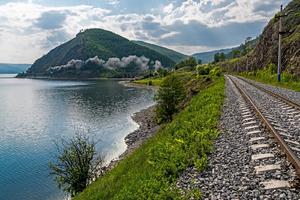 To ensure the construction of the Circum-Baikal Railway, it was needed to create a modern, and, most importantly, safe shipping company on Lake Baikal. This, in turn, raised the question of conducting integrated topographic and hydrographic surveys of the lake. The works were carried out by the Naval Ministry. Fedor Kirillovich Drizhenko led one of the most famous expeditions for the entire period of Baikal research - Hydrographic Expeditions: he received the “Innokentiy” steamer at his disposal.

Back then, despite the navigation on the lake, there were no accurate navigational charts, locations, meteorological systems, water gauging stations. Moreover, there were no lighthouses. There was a lot of work to do. F.K. Drizhenko sailed around the entire lake on “Innokentiy” and made a plan of basic activities for five years on the basis of this trip. The village of Listvenichnoe (modern Listvyanka) became the central base of the expedition. The number of hired civilian workers reached 75 people. Their services were mainly used for “feeding” “Innokentiy”. Firewood was harvested all the time. The boiler of “Innokentiy” seemed to never have enough fuel. A full supply of firewood was barely enough for two days.

But it was worth it. “Innokentiy” was actually the first research ship on Lake Baikal. Special tools for hydrographic works were installed on it, and a real photo lab was created in one of the rooms. For example, during the navigation in 1900, the ship surveyed the reef near the Turkulik River, conducted deep-sea exploration of the northern part of the Maloe More Strait, and identified three astronomical positions.

The ship carried parties, being a part of the expedition, to the points of their destination, and then visited them once every ten days. It is difficult to calculate how many kilometers this ship passed during the years of participation in the expedition, but the reports say that “Innokentiy” passed 18,000 km only during the navigation in 1901!