Horror Stories from Baikal: the Secret of the Tomb of Genghis Khan

It's time for to tell you one more #horrorstory about Baikal. 800 years have passed since the death of the great Genghis Khan, but no one was able to find his tomb. However, there is a legend that the great leader was buried somewhere near Baikal. Keeping the exact place a secret was one of his last wishes before death. You can ready our new horror story about the assumed place of the tomb of Genghis Khan and the reasons why his soldiers killed everyone whom they met.

One of the cruelest rulers in the history of humankind - Genghis Khan - died in 1227, but no one knows where he and his ancestors were buried, where his numerous treasures had gone. Above all, there are severe prohibitions concerning the search of graves. It is strictly prohibited to disturb the sacred ashes, recalling the story with the tomb of Tamerlane (Timur) as evidence: the excavations allegedly resulted in the start of World War II. However, marking the tomb and making it a shrine protected by the state is quite different.

There are many legends connecting the name of the powerful Genghis Khan with Lake Baikal. The soldiers of the Khan allegedly went to the coast of Baikal, moving over the dry neck of land to the Island of Olkhon. They say that the Barguzin Basin can be considered the birthplace his ancestors. By the way, the customs of the nomadic peoples tell them to reunite with the spirits of their loved ones after going to the better world.

Namely these places once saved the life of the future khan, hiding him in dense thickets. He came here in search of advice and support, to address the supreme deity of Mongols, the Eternal Blue Sky. He stopped here to have a rest under the crown of a large lonely tree, and, having spent some time in a state of semiconsciousness, said that he would like to be buried here. The explanation of this choice was explained simply: a remote, deserted, inaccessible place, but most importantly, it was located on the holy land of the ancient nomads.

Many legends emerged – they tried to link the grave to a specific point of the Baikal region (Tunkinskaya Valley, Verkhne-Angarskaya Basin, Olkhon Island...). Of course, each legend had its own plot. We will try to combine the data received by us and present a generalized story, without forgetting to mention that it is, of course, only a legend.

“The Valley of Death” 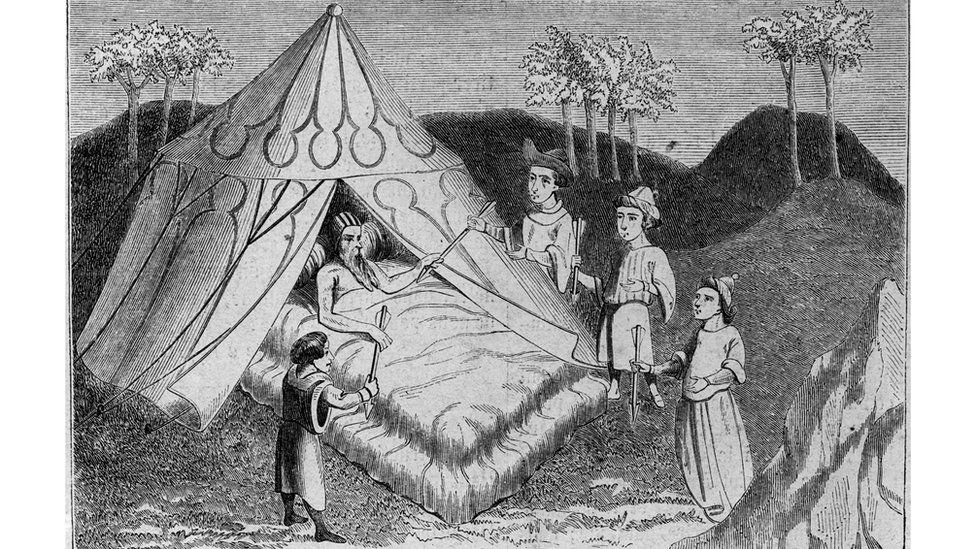 There is a place on Baikal which was surprisingly desolate, according to the Russian Cossacks who came there in the 16th century. It would be simple to understand, if that place was dry or swampy, full of fallen trees or sands, but on the contrary, it had excellent pastures for cattle, arable lands... Besides, the adjacent areas were inhabited and developed by Buryat herders. This happened not by a mere chance. A taboo for the people to live and disseminate information about these lands was imposed by the rulers of the Mongolian Ikh-khorig Empire. Violating this great prohibition would entail cruel punishment of the violators.

The body of the deceased Khan was brought here. The funeral processing moved in strict secrecy. The loyal warriors of the conqueror killed everyone on their way: old men, women, children... These murders were explained not only by the need to keep the secret. And the soldiers protected the leader’s last resort not only from the destroyers of graves. According to the custom, it was necessary to provide the deceased by servants in another world. They killed not only people, but also horses and cattle with the words: “Go to serve our master in the better world”. 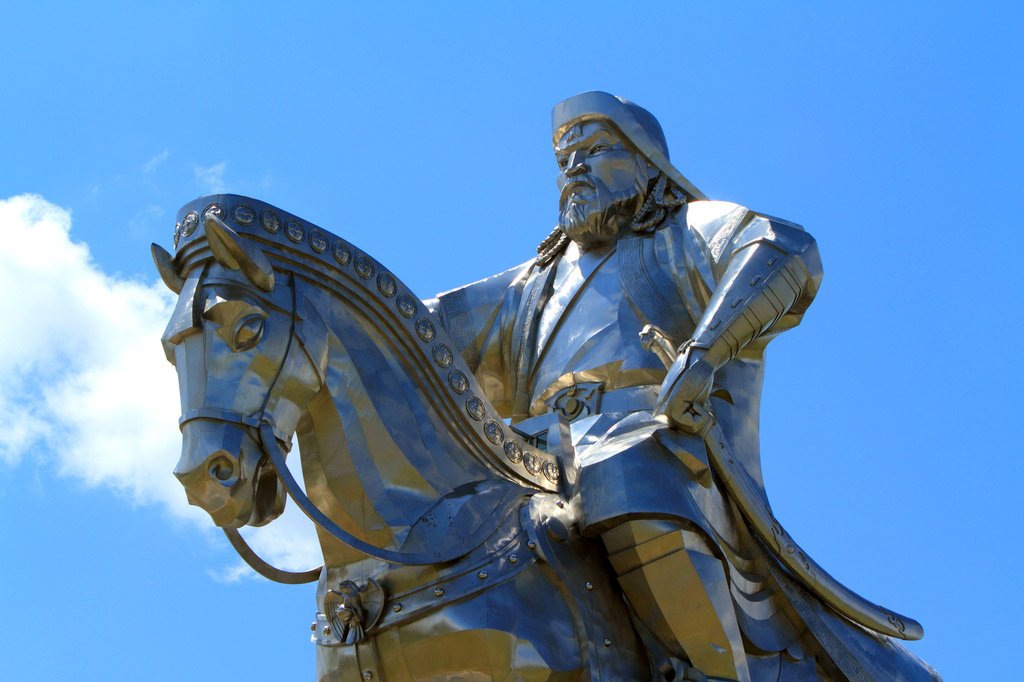 A huge mound was piled up on the grave, and a smaller mound was erected next to it, in order to bury Genghis Khan’s beloved wife, the Russian princess who was taken prisoner. It is not an accident that if you look from the west, one of the highest mountains nearby resembles the body of an enormous man in a case whose head points to the stone mound. And a smaller mountain next to it resembles a dead man sheltered by a shroud cloth.

Eight false rituals were held, in order to keep the great secret of the burial; eight tombs were erected in various places, and stone “yurts” were seen everywhere.

But the nomads’ sacred number was nine, which means that the ninth tomb was the burial place that had to be kept in secret.

An underground mausoleum was built in the place where the ashes of Khan lie, and all the builders and guarding warriors were killed. It was necessary to protect the great leader from the idle attention of mortals forever.

Above all, silver vessels filled with live blood were put into the tomb. The terrible ruler knew the secret of the blood that could make a human to live for almost 1000 years. And when this blood falls on the ashes of the khan on the appointed day and in due time, he will come to life again.

The Secrets of False Burials.

The ancient customs of nomads told them not to put any treasures in the grave. This aggravated the soul of the deceased and attracted the robbers. Genghis Khan once said: “Whoever has bad thoughts will wither! Whoever is narrow-minded will be destroyed! ”.  Jewels and attributes of power are placed in false tombs. It is clear that these burial mounds are an excellent means of protection against greed, and a robber will “wither” when he understands his complete helplessness before the power of a huge stone structure created by thousands of people.

The Mysterious Power of the Sacred Place.

Ancient legends about the burial place of Genghis Khan have received optimistic endings by now. According to people telling these tales, the ruler’s tomb works miracles, makes people’s wishes come true. Disabled and sick people become healthy and strong again. Those who have lost the hope to have children get a chance to become pregnant. But you must not disturb the peace of these places with obscene words or dirty thoughts, come here for of idle curiosity and entertainment, or right after participation in funeral rites. Human actions should not violate the rules that have been written during centuries. The conqueror’s spirit can be cruel!