The Man of Two Nations and Names 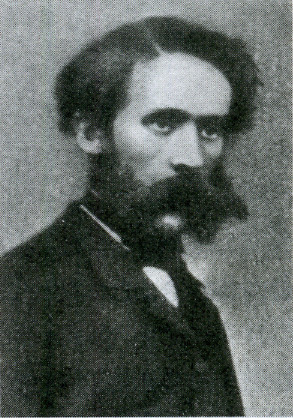 Richard Otto Maak was born in the city of Arensburg, province of Livonia. Now it is the town of Kuressaare in Estonia. His father came from a family of Ostsee (Baltic) Germans, and his mother was English - it was she who gave her son such an unusual name for Germans. He lived up to this name, taking responsibility for other people and embarking on dangerous journeys like Richard the Lionheart many times.

First he studied in his homeland and then in St. Petersburg. Richard Karlovich (as people began to call him) became a teacher of natural sciences. Having obtained his education, Richard went to the place where he could to make discoveries - to Baikal, to the city of Irkutsk.

In 1851, one of the first regional branches of the Russian Geographical Society was opened in Irkutsk (along with the branch in Tiflis). This organization was engaged in a comprehensive study of territories from the point of view of proper geography, as well as geology, ethnography and other sciences.

During that time Richard Karlovich arrived in the ancient Siberian city and was appointed Senior Teacher of Natural Sciences in the Irkutsk classical gymnasium. Alongside with teaching, he immediately became involved in the activities of the Siberian Department of the Russian Geographical Society.

In Search of Siberian Eldorado

The first expedition of Richard Maack was connected with the search for natural resources in the Vilyuisky district of Yakutsk Oblast. The rumors about the riches of these northern territories reached Irkutsk. There were suggestions that this region was very rich in salt and iron deposits and precious stones, and its rivers were abundant in gold placers.

The expedition commenced in January 1854. The first stop was Yakutsk where they finished preparations for further travel and where all the expedition members gathered: the warrant officer of the corps of topographers A.K. Zandgagen, teacher of the Irkutsk gymnasium A.P. Pavlovsky, demonstrator M. Furman and Maack himself.

They went on boats, rode horses and then deer. Maack who came from Europe complained about the inconvenience of riding these animals: “The main inconvenience of these animals is that their back must be always dry, otherwise it wears down and exposes the body of the animal that is no longer able to endure the pain of saddle friction.”

The long journey through almost unoccupied territories became more and more dangerous with the approach of winter. Already in October, travelers encountered shortage of food and cold weather, from which they could not hide anywhere. Maack describes the frost in Vilyui in the following way: “The trunks of thick trees broke from the cold, the earth cracked, the wet wood became harder than iron, and the ax could not cut it, instead it shattered like glass when hitting that wood.”

Maack and his team arrived at the appointed place only by December 25. The Yakuts who met the expedition were very surprised that the scientists were still alive. During the 13 months of travel (including the return trip to Irkutsk), they covered a total of more than 8,000 kilometers on boats, horses, deer and on foot.

The report on this dangerous journey was published only twenty years later, because right after this return Richard Karlovich was sent to travel once again.

In 1855, the same Maack, Furman and Zandgagen went to Amur for a scientific study of this region as part of the second “Amur Rafting”.

By the way, back then the territory did not belong to Russia, so this expedition was even more dangerous than the previous one. Actually, by studying the local flora, fauna, climate and peoples, Maack and his team assigned this territory to Russia.

The expedition started quietly and peacefully in Irkutsk. Having passed Baikal and the steppes of Transbaikalia, scientists and the military reached the Shilka River. They had to cover the most part of the way along Amur and Shilka by foot along the coast or on horseback.

The journey ended in Irkutsk by New Year; from that place Richard Maack brought the collections of minerals, plants, household items of local peoples, and other things compiled over two years to St. Petersburg.

During the three years spent in St. Petersburg, the inexhaustible discoverer and researcher managed to publish a book about his journey to Amur, sort the materials and organize several exhibitions, receive a medal and a financial reward for his work.

In 1859, Richard Maack went even further east, to Ussuri. This land, now known as Primorye, became a part of Russia only after the end of the expedition. Maack traveled across the country to Irkutsk once again, then he went through Amur to a little-known region where he conducted land surveys along the Ussuri River. There, on Lake Khanka, the scientist fell ill, which was why the expedition had to be cancelled. Maack was the first to study Amur and Ussuri from a scientific point of view, and all scientists after him relied on his works. Plants and animals of Siberia and the Far East were named in honor of Maack. Richard Karlovich seriously undermined his health during the frosty adventure in the North and when rafting in the wet Amur and  in Primorye. During the following years of his life, Maack managed to write many fundamental works on his travels and statistics. He also worked as a teacher in Irkutsk for many more years, becoming the Chief Inspector of Schools in Eastern Siberia over time.

Maack’s whole life was about establishing the limits of human capabilities. Many of his companions with whom he shared the hardships of his journeys, died in travels or because of them. But Maack stayed alive and became a great discoverer in the land that he fell in love with.

Richard Karlovich Maack is warmly remembered in the East of Russia. The Youth Club of the Irkutsk Regional Branch of the Russian Geographical Society even made a short video about him, and we are happy to present it to you.