One cannot imagine Buryat cuisine without meat. Today we are sharing a recipe of a traditional Buryat lamb bone soup. Bukhler has remained people’s favorite dish for several centuries; and it is very easy to cook it at your kitchen...

It is no coincidence that cuisine can tell pretty much about the traditions and life of any nation. Buryat cuisine is proof of this statement. The indigenous population of Baikal has engaged in cattle breeding since long ago. Severe nomadic everyday life required serious efforts that were supplied by simple but extremely nutritious meat dishes: these still occupy an important place in the diet of Buryat families.

The main ingredient of the Buryat cuisine is meat: the majority of recipes are based on this product. Buryats are professionals in raising cattle, dressing carcasses with a single knife, and in cooking meat: they do it without any frills, but get incredibly tasty meals every time.

There are several interesting features in the meat diet of this nation:

- preparation of a certain dish with the use of a certain part of the carcass;
- “seasonality” in the consumption of meat. In summer they prefer lamb, in autumn - horse meat, in winter - beef;
- preference of natural taste, which implies minimal use of onions and spices. Very salty and spicy foods are not popular;
- the predominance of the tradition of cooking and serving meat in large pieces. Only a small number of dishes are made of minced meat;
- the most part of the cuisine is represented by high-calorie fatty nourishing food.

Horse meat and lamb has long been favorite types of meat. Nowadays lamb is more accessible, besides, Buryats know about the useful properties of this meat firsthand. Lamb fat is quickly absorbed, and the presence of lecithin in lamb meat accelerates cholesterol metabolism, that is, helps to avoid the accumulation of this substance in the body.

Buryats choose to serve lamb to their guests. A wide variety of soups, sausages, broths are popular.

Bukhler (bukhuler or bukheleer) is a national Buryat soup; its recipe has been known for several centuries. And although it is called soup, in its pure form bukhler looks more like a strong rich broth cooked of lamb meat with a bone and seasoned with wild onions.

Bukhler is quite simple to cook and is in full compliance with the food traditions of the Buryats who are accustomed to eating simply boiled meat with broth. In addition, rich lamb broth charges the body with iron and is considered a “magic cure” for relieving a hangover. That is why bukhler is served in the morning after a festive dinner on the night before. 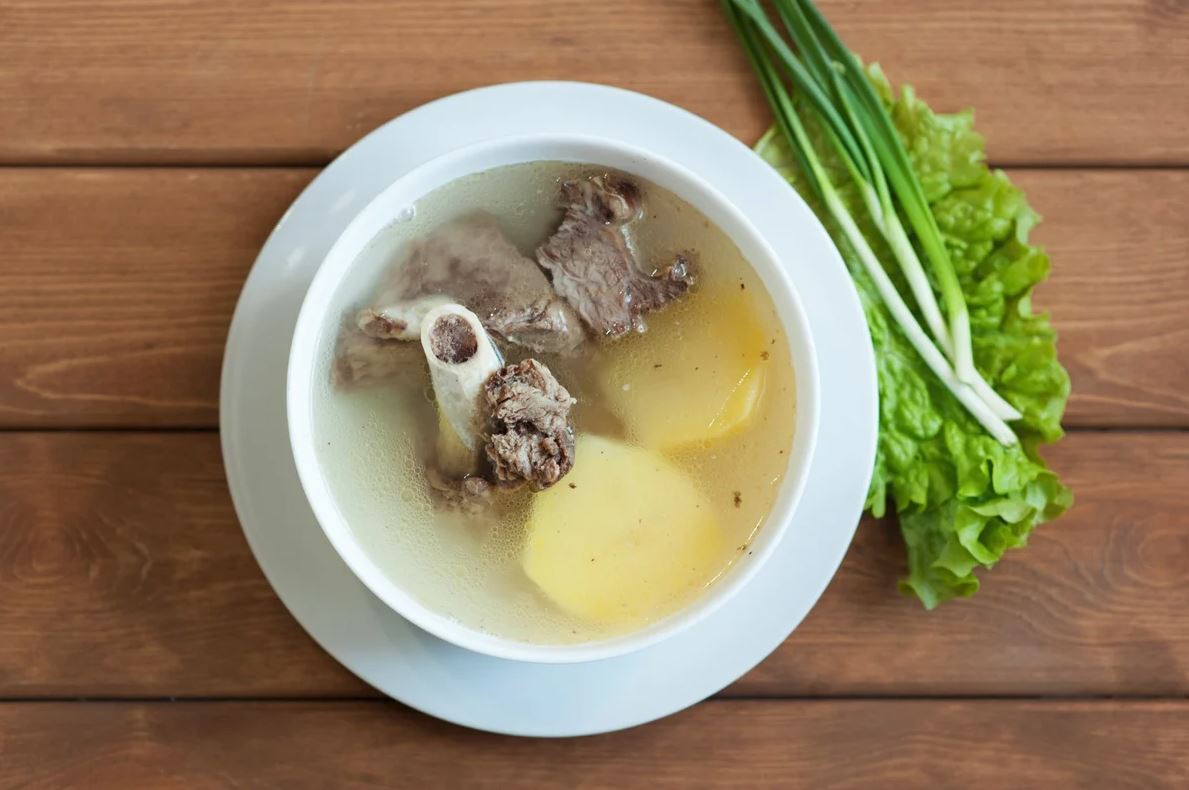 The main feature of the recipe is the minimum amount of ingredients:

We can recommend you to use the following amount of products for 4 people:

If you look it up on the Internet, you will find the following description of cooking bukhler, which is also the most common one.

Pieces of lamb with the bone are poured with cold water, then the broth is boiled for 40-50 minutes upon moderate heat with the lid, with the addition of onions; at the end of this process, you should add bay leaves, greens and onions chopped in small pieces.

It is interesting that the overwhelming majority of instructions say that “this soup is cooked simply and relatively quickly”. This is the main problem. You should decide it in the beginning - what you want to get: usual simple broth or national Buryat soup, close to its authentic version. If you are interested in the second option, then use our tips. 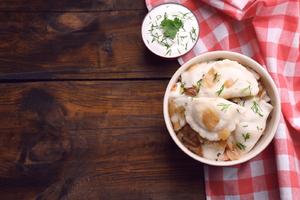 The first tip: How to choose meat?

- use lamb meat (of young sheep);
- the lamb must be fresh, because thawed meat will not give the proper taste effect;
- the meat should necessarily contain bones, because they make the broth so saturated;
- the pieces of meat should be taken from different parts of the carcass - brisket, ribs, gaskin, shoulder;
- the meat is not chopped into small pieces.

The second tip
Rinse the meat thoroughly, then put it in a large container (preferably a cauldron). There should be a lot of water, due to the fact that about a third of it will boil away.

The third tip
Onions for the broth should not be chopped; they are put into the broth as whole bulbs when the water begins to boil. It is often recommended to wash the onions thoroughly and not to peel them.

The fourth tip
After the broth begins to boil, reduce the heat and take off the lid from the boiling broth.

The fifth tip
Add a small amount of salt after the broth begins to boil.

The sixth tip
In the classic version, the scum is not removed from the surface of the soup.

The seventh tip
The meat should be boiled for a long time (for at least two hours)!!! Readiness is indicated by the fact that meat can easily be divided from the bone.

The eighth tip –  Optional Ingredients:
- Add bay leaf and peppercorns five minutes before the soup is ready. Bay leaf should be removed from the soup when the dish is ready;
- One minute before the soup is taken away from the heat, put chopped onion and greens in the dish;
- Finely chopped onions and greens can simply be put on the table, so that everyone could add them to their taste and desire.

The ninth tip
Eat the soup when it is still hot. The feature of lamb fat is that it acquires unpleasant taste when it cools down.

The tenth tip
Don’t forget to put a wooden cutting board and a meat knife on the table when serving the soup.