Ups and Downs of Fate: Italians at Baikal

Italians came to the coast of the distant, completely unfamiliar Baikal in order to build the Circum-Baikal Railway at the invitation of the Department of Railways of the Russian Empire.

Siberia has always been an exceptionally international region with people of different nationalities getting along well with each other. Undoubtedly, Italian diaspora is surprising for a region with such severe climate, nevertheless, Italians were fully-fledged inhabitants of Baikal region situated so far from their homeland.

Italian Masonry within the “Golden Buckle” of the Trans-Siberian Railway 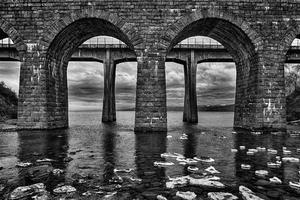 Italians came to the coast of the distant, completely unfamiliar Baikal in order to build the Circum-Baikal Railway at the invitation of the Department of Railways of the Russian Empire.

It was no accident that they were invited. Italian builders have been considered the best masons and mosaicists since ancient times: they were born masons with great stone-cutting skills. Who else could be entrusted to build walls of stone? Above all, Italians had done great work on many railway stations in the European part of Russia, in the Caucasus, during the construction of bridges across Volga and Yenisei.

It should be remembered that late 1880s were characterized by extraordinary poverty of Northern Italy, so its residents massively left to work in other countries.

Many representatives of different nationalities worked on the construction of the Circum-Baikal Railway: Russian, Polish, Ukrainian, Albanian speech was diluted by Italian language. New surnames were heard in Russian province: Andreoletti, Floriani, Rizzolatti ... According to various sources, the Italian colony included up to one thousand people.

Masonwork on the retaining walls, portals of tunnels and galleries required accuracy and good taste, so it was entrusted to the Italian emigrants.

Everything was unusual for them, first of all, the primeval local land itself with its severe climate, without any stationary houses. Therefore, they had to live in tents and barracks.

The labor itself was incredibly difficult: rock falls, landslides, the absence of minimum safety and medical care. However, the work and behavior of the Italian builders were different from the habits of their Russian colleagues. Italians did not indulge in absenteeism, put forward no weekend and holiday requirements, and, most importantly, they almost did not drink any alcohol. In addition, many Italian workers persistently studied Russian language, memorizing fancy foreign words and phrases.

Correspondingly, they were paid more money. Italians received 4 roubles, whereas Russians received 1 rouble 50 kopecks each for performing identical tasks. So that you could understand price range, we clarify that the subsistence minimum of an adult man working at the Siberian mines who spent as much money as he wanted, did not exceed 90 kopecks. Therefore, 4 roubles were a very worthy amount even for a family.

Masonry was completed by early August 1904. However, the Russian-Japanese war broke out already at the beginning of this year, and all foreigners were taken away from the railway that was an important strategic object.

Thus, the skillfully made arches and walls of tunnels, arches, cordons of finely polished stone remained as mementos for the residents of Siberia. On some of the portals you can see hewn construction dates: 1902 - 1904.

After the end of construction, the Italians faced the issue of organizing their future fate. And many of them were in no hurry to return to their homeland, they decided to settle in Irkutsk, even married Russian women. During several decades, Italian families were “intergrown” into the life of the city; they opened stores, photo studios, cinemas.

In early 20th century, Irkutsk was considered to be a fairly “advanced” city: the latest achievements of technology, especially of photography, were widespread there. Local photography market was compared with that of Odessa; in fact, the necessary equipment was delivered from Odessa.

The photographers Gustav Enne and Romuald Kaupe arrived in Irkutsk in 1905. Giovanni Minisini was a student of Gustav Enne: Giovanni’s father with his family remained in Irkutsk after participating in railway construction works. Giovanni became the owner of a photography studio located in a historic building on the 3rd Soldatskaya Street of Irkutsk built in 1870s (now: 11 Gryaznova Street).

The Minisini family photography studio was considered incredibly luxurious for that time: mirrors in beautiful frames, armchairs decoroated with silk, carpets. The studio was very popular among the residents of Irkutsk. The pictures taken here were also marvelous; today they allow us to see a lot of faces of a bygone era.

Soon the Soviet Union has abolished the new economic policy, private entrepreneurship almost ceased to exist, so the Minisini family left to Italy, leaving the house of their former photo studio to the city residents.

Antonio Donatello: from a Provincial Circus Actor to a Businessman 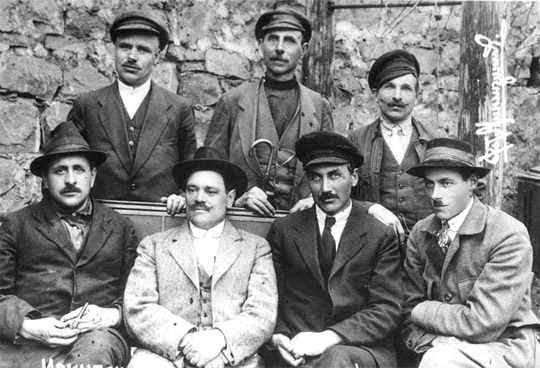 Another notable Italian figure around Lake Baikal is Antonio Michele Donatello. He did not belong to the builders of the Circum-Baikal Railway; instead, he began his career as a circus performer. Antonio became greatly interested in the new business - photography and cinema, so he traveled around the country until he reached Irkutsk.

The residents of Irkutsk have always been interested in technical novelties. New exhibitions, cinemas were opened in the city; special lectures on photography were delivered. Donatello began to think about building his own premises for showing films and put this idea into practice. A city legend says that he laid out his own name – “Don Othello” - with white marble on the pavement in front of the entrance to his first cinema.

He was also the creator of the first private film studio in Irkutsk: it was located at his apartment in the building where the “Electroillusion” cinema was opened in 1908.

Donatello established good relations with foreign representatives of the film industry, thanks to it; he constantly updated the repertoire of his cinema. However, his main merit, the so-called “highlight” of the Irkutsk cinema, can be considered his interest in documentary films dedicated to local issues: these films were most probably made by Antonio himself. Local historians suggest that Don Othello most likely was the first camera operator in Irkutsk. He performed his film shoots with a heavy camera on a tripod during daylight in sunny weather. From 1908 to 1919, Donatello’s film studio produced more than 20 various films.

Unfortunately, only the names of those films have been preserved. Donatello left Russia in early 1920s, taking his creative works to Harbin, so these were lost in the foreign land.

The fate of the Italian diaspora in Irkutsk has ended tragically. Some of them left Russia in early 1930s after the abolition of the new economic policy in the USSR. Those who refused to obey the new policy were deported from Irkutsk in 1937. And in 1938, some of those who remained in Siberia due to mixed marriages were arrested as political prisoners and killed.