Poetry, Melancholy and Sweet Dreams: a Diary about Lake Baikal Written by a Norwegian Traveler 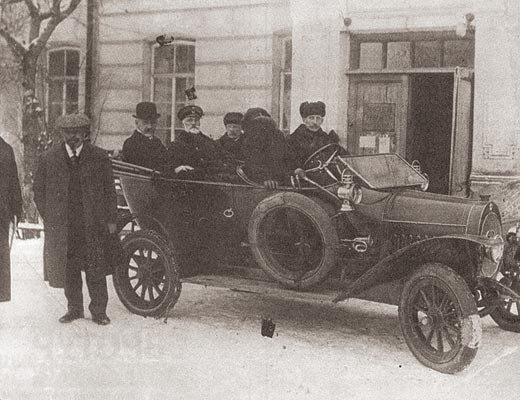 In August 1913 the Norwegian traveler and explorer Fridtjof Nansen went on an expedition to the mouth of the Yenisey River by the Northern Sea Route. The trip gave him an incentive for writing the book titled “To the Land of the Future” (The Great Northern Route led from Europe to Siberia through the Kara Sea) which familiarized the Europeans with the Glorious Sea of Baikal and told them about the beauties of that wild land.

Nansen’s companions in the expedition were Iona Ivanovich Lid, the main initiator and Managing Director of the Siberian Joint-Stock Company; Stepan Vasilyevich Vostrotin - gold industry entrepreneur from Yeniseysk, the former Head of Yeniseysk, a member of the State Duma, and Iosif Grigoryevich Loris-Melikov -  the Secretary at the Russian Embassy in Christiania. The purpose of the trip (as they say today) was business and nothing more. The participants had to establish permanent trade relations with Central Siberia and “break” a sea route through the Kara Sea and the mouth of Yenisey.

However, from the very beginning of the trip Nansen himself did not hide that his real purpose in the trip was not to establish business relations, but scientific interest. “How and why I actually got into this society, in fact, remained a mystery for me:  after all I could no way be called a merchant” - he wrote. The main discovery of the trip for the researcher was the mysterious and wild Siberian region, as well as the people living there. In his diary he describes it in every detail how the expedition was met in every city, worries that they were given too many honors, and is sincerely upset at the fact that he could not talk with the local people in their native language. “You can become desperate when you travel around a country without knowing its language, when people don’t understand your native language” - he wrote. Nansen dreamed of getting acquainted with the so-called “Siberian foreigners” and was keenly interested in their traditions and customs which he described in his diary with great admiration.

Finally we reached the Sacred Sea for which we had been looking with such impatience. The Mongols call it “Bai-kul” - Rich Lake, or “Dalai-Nor” - Holy Sea. I have heard a lot about the beauty of this lake, but thick fog prevented me from seeing it with my own eyes. During the first stop at the Baikal station there was a harbor with a large “Baikal” ferry ice-breaker which used to transport trains through the lake to the continuation of the railway track; the icebreaker can pierce the ice that is 1.2 meters thick and is one of the greatest icebreakers in the world.

The best lines of the book are dedicated to the "solemnly strict" Siberian nature of that region, its simple and majestic lines. In Siberia Nansen found “poetry, melancholy, sweet dreams” which he had never met in European landscapes. Surprisingly, even then, at the beginning of XX century, the scientist was one of the first who predicted that a great future was destined for Siberia and told that the people of Siberia themselves did not yet understand what wealth they had: “The time will come when it (Siberia) will wake up, and we will hear a new word from Siberia; it has its own future, this cannot be doubted”. In addition to forests and natural resources, the main value of Siberia, according to Nansen, was its land and unique black earth which was not used by the inhabitants of the region at that time.

We rode this way along the southern coast of Lake Baikal. The fog gradually cleared so much that it was possible to distinguish the nearest rocks. They were not very high, but were very steep and hanging above the lake very close to it, and our road continued in many tunnels. During the day the fog cleared even more, and we saw the rocks to the south of the coast. They were higher and interspersed with valleys. The new fallen snow lay on the mountains, from the feet to the top, the mountains were dressed in snow; snowdrifts couldn’t be seen anywhere. 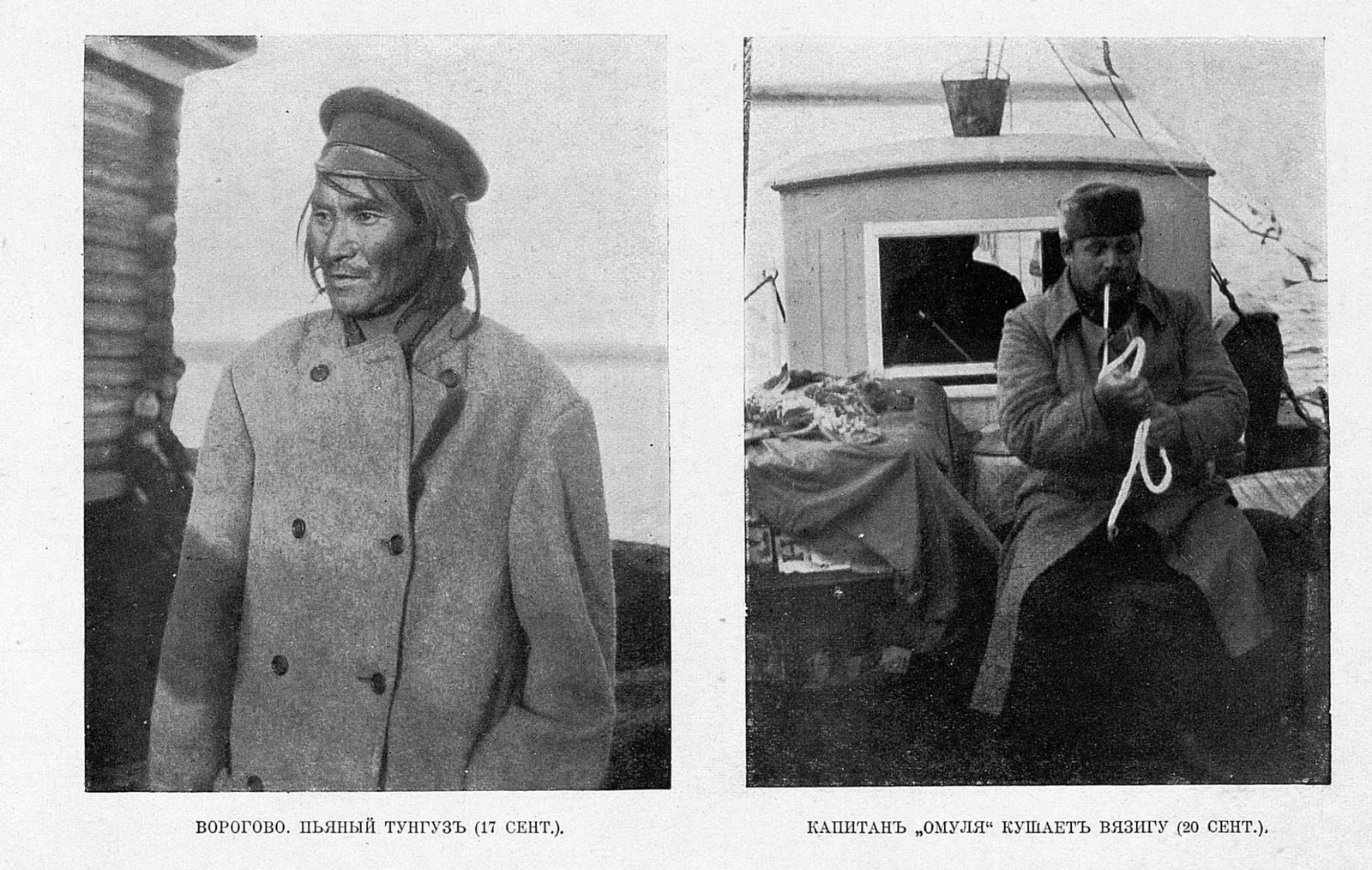 As we rode along the southern coast, we often saw valleys with dark gloomy pine forests, similar to our Norwegian forest hollows between the rocks. It's beautiful here, but they say it's cold; however, on the other side of the lake the sun is hot. Here the soil freezes through in some places, and the forest grows over the frozen earth layers. The lake freezes completely in the middle of December or by the beginning of January, and the ice cover remains for four and a half months. People ride on the lake by sleds during these 3 months.

The flora and fauna of Lake Baikal were also paid due attention. The traveler describes the fish that found in the lake in great detail and is surprised at the transparency of the lake’s waters.

There is a lot of fish In Lake Baikal and the rivers flowing into it; by the way, a species of sturgeon living in the lake is also found in rivers, mainly in Selenga. Different fish of salmon family can be caught in the lake: the most widespread of them are omul and grayling. Such abundance of fish may seem strange, if you take into account that the lake is famous for its unusually transparent water: this circumstance does not contribute to the prosperity of plankton at all.

It is interesting that Nansen kept his special love and affection for Russia for his entire life. The traveler was interested in the events that happened in the country after the October Revolution and helped the population of Volga Region in 1920-s during the famine.

In 1922 Nansen was awarded the Nobel Peace Prize and spent a significant share of the funds received to purchase the equipment for two machine and tractor stations which he transferred to the government of RSFSR.

"I involuntarily feel sad at the thought that I have already said goodbye to the vast reflective forests of Siberia, with its solemnly strict nature, its simple and majestic lines. I fell in love with this huge country, spreading wide and far, like the sea, from the Urals to the Pacific Ocean, with its vast plains and mountains, with the frozen coast of the Arctic Ocean, deserted free space of tundra and the mysterious dense forests of taiga, wavy steppes, blue wooded mountains...”