August is an important month in the history of the railways in the Baikal region. The celebration of the Railway Workers' Day on August 4 is supplemented by another interesting date. On August 16, 1898, the first train arrived in the capital of Eastern Siberia...

The Meeting Place is the Railway Station 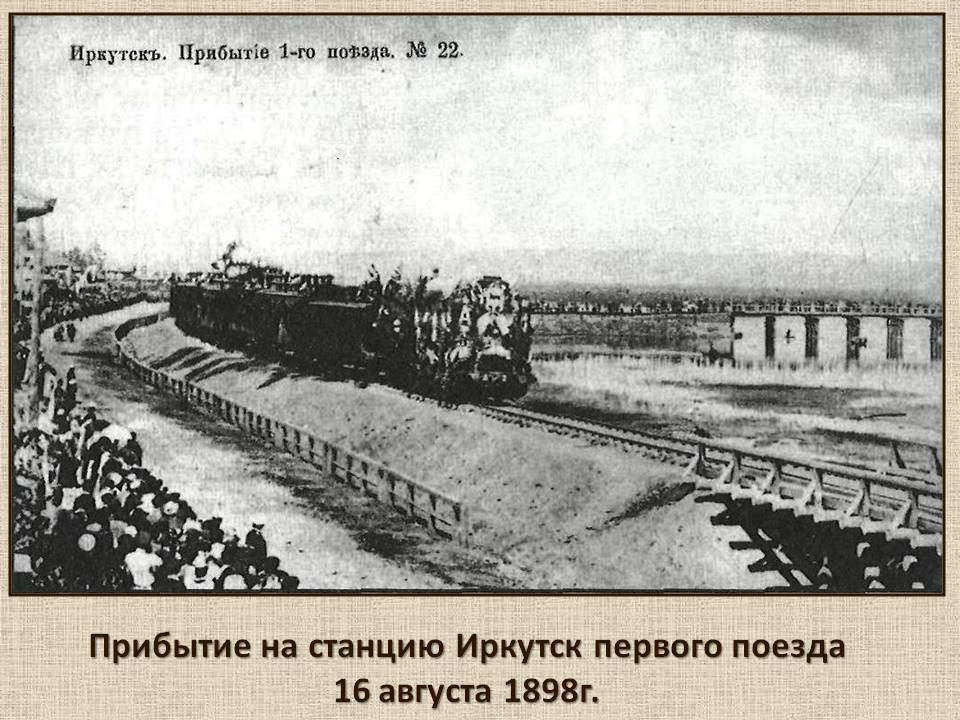 The beginning of the construction of the Trans-Siberian Railway was really a milestone event for the Russian Empire. After the Emperor Aleksandr III signed a personal order instructing Tsarevich Nikolay to announce the construction of the railway, on May 19, 1891, the heir to the throne took part in the ceremony of breaking ground for the Ussuri Railway in Vladivostok.

But it was not known whether the railway would pass through Irkutsk until one year was left before this great event. Then the exact information appeared. The fact is that there were other options in the plans of construction of the Trans-Siberian Railway. Then the Irkutsk residents came up with an extraordinary idea. They decided to “put pressure” on the authorities and began to erect the railway station building regardless of the authorities’ decision. This contradicted all traditions, because, according to the rules, the railway was laid first, and only after that they began to build auxiliary premises.

Nevertheless, a one-story building with an area of ​​only 466 square meters was erected by 1898. Its architect was Lev Matsievich.

The Undertaking of Engineer Popov

The course of events concerning the construction of the first railway bridge over the Irkut River was also non-standard: the river interfered with the work of builders, flooding the Moskovsky tract, nearby settlements during the high water and restricted the delivery of necessary materials and goods to the city.

The construction of the Trans-Siberian Railway was carried out at on a fast-track basis, and it was impossible to quickly bring special metal components from the Urals. After that engineer Vladimir Popov proposed an extremely unusual and risky option – to construct a wooden bridge on larch piles.

Due to the absence of any other real alternative, in January 1897 they began to construct the bridge. The work was complicated by the fact that it was necessary to pour soil on large areas for laying access roads on the low flooded territories of the Angarskaya backwater.

The bridge was completed only a week before the arrival of the first train. At that moment it was single-track, four-span, as long as 110 sazhens, and as high as 5.5 sazhens from the water surface (1 sazhen = 2.13 m.).

On August 5, two locomotives tested the strength of the new structure. A train of 20 platforms loaded with rails went back and forth across the bridge.

There is a common legend that engineer Popov rode the test locomotive, clutching a pistol in his hand. When he was asked why he was holding the weapon, he answered that he would have shot himself if the bridge test had failed.

The Way the City Prepared to Meet the First Train 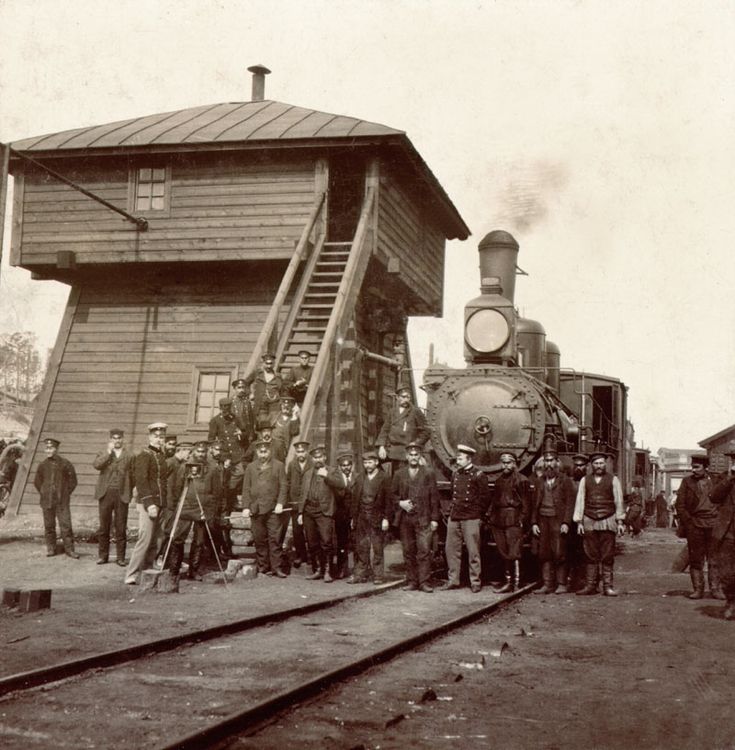 The city eagerly awaited the first train, although ordinary city residents feared such an unusual means of transportation.

According to local newspapers, the city authorities posted 280 announcements around the city, asking the residents to decorate their houses.

In particular, the pontoon bridge across the Angara named after Tsarevich Nikolai was distinguished by a large number of colorful flags. Everyone could see a beautiful arch thrown over the railway – it was built at the expense of the city. The arch was decorated with flags, fir branches, coats of arms and a shield on the top with the inscription saying “Greetings from Irkutsk!”

The small railway station was also decorated in a festive way. To avoid disorders, the public was admitted only by tickets.

The first train departed in the direction of Krasnoyarsk. The steam locomotive carrying the train was produced at the Nevsky Plant in Petrograd. Passing through the arch decorated with flowers, accompanied by the cries of “Hurray!”, the train arrived at the platform of Irkutsk Passenger station at 12.30 p.m..

The military orchestra started to play a solemn march, and honored guests came out of the carriage to the enthusiastic exclamations of the public; the guests were greeted by the Head of Irkutsk who brought bread and salt on a silver tray. The Most Revered Tikhon and the higher clergy performed a prayer service, after its end a gun salute began.

The festivities of “high authorities” continued right on the platform where a table for 200 people was served. The menu included consommé (meat broth), pies, fish broth, open pies, Baikal sturgeon seasoned with mayonnaise, hotpots with game, turkey and chicken.

A lunch for the workers was prepared at the Innokentyevskaya station. The meal was, of course, much more modest, but 700 people were invited there: they were treated with vodka, beer, Russian cabbage soup, porridge and beef.

The festivities were held in the city during two days.

On the evening of August 16, the railway station itself and a number of houses in the city were luxuriously illuminated, and fireworks were displayed for public entertainment.

The steam locomotive of series A No. 2, a full-fledged participant in the solemn event, was put on public display on the next day.

Newspapers described the event enthusiastically: “We did it! Today, the train whistle was for the first time heard among our mountains, steppes and forests, almost untouched by culture. The idea of a steel belt connecting the two oceans, the Pacific and the Atlantic, seemed a vain dream not so long ago, now... it is becoming a fact of life... Old Siberia is left behind: something new is arising ahead...”.