The First Native Resident of Irkutsk as a Provincial Architect

Our section “The Lives of Great People of Baikal” tells about the people indissolubly tied to the history of Baikal and the entire region. This time we will talk about the native of Irkutsk whose name is undeservedly forgotten today... We are speaking about Anton Losev, an architect, a surveyor, a geographer and a map-maker of Lake Baikal.

The upswing of industry, trade and culture that took place in a number of Siberian cities, including Irkutsk, in late 18th – early 19th centuries, predetermined the emergence of a number of unique public figures, with Anton Ivanovich Losev taking a rightful place among them.

A native of Irkutsk, a graduate of the navigation school, an architect, a land surveyor and geodesist, a map-maker, a geographer, a local historian, as well as a member of the Imperial Free Economic Society... You can rightfully speak about each of his activities using superlatives. Unfortunately we have to admit that today the name of this extraordinary person is little known to the ordinary residents of the region, whereas at the turn of the 18th – 19th centuries Anton Ivanovich was an extremely popular person in the province. To confirm this, we simply mention one fact: beginning from 1799, Irkutsk chroniclers annually recorded new houses built by him.

Even the simplest facts of the biography of Anton Ivanovich prove that he lived a rich, versatile life devoted to the development of his native land. 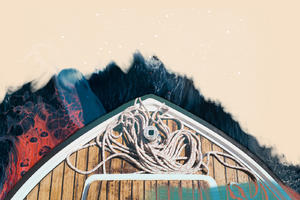 We can assume that it was the “navigation school” where they taught Numeracy, Astronomy, Geography, and Civil Architecture, which awoke the boy’s interest in those fields in which he later reached an outstanding professional level. His entire career is connected with the city: 1781 - getting the position of a Senior Geodesist and Assistant Architect, 1786 – of a District Land Surveyor, 1792 – of a Provincial Architect, 1805 – of a Provincial Land Surveyor. Anton Ivanovich had served until getting the rank of a Collegiate Counsellor and received the right to nobility by birth. The attitude of A.I. Losev to his service was brightly described by the Irkutsk Vice-Governor: “he knows his business perfectly well, due to his diligence and accurate execution of various assignments of the authorities, he is one of a kind and an example for others”.

It is hardly possible to fully present the multifaceted personality of A.I. Losev in one article. Only as an architect (in fact, the first professional Irkutsk architect), he was the author of many projects of Irkutsk buildings and churches (a total of 40 buildings), layout, maps... Therefore, we will only focus on one remarkable aspect of his activities: applied study of Baikal and Baikal region.

Anton Ivanovich possessed incredible performance efficacy and broad-based knowledge; his personality is, first of all, interesting as a unique map-maker of the Baikal region:

- he conducted a geodetic survey of Lake Baikal that was considered the most detailed for that time and made several maps of the lake;

- he prepared surveying descriptions and geodetic survey of the most important waterways of the region - Angara, Selenga, Lena, Nizhnyaya Tunguska;

- he made maps of all districts of the province and several general maps of the entire Irkutsk province. Thanks to his work, map albums were published not only for Irkutsk province, but also for the neighboring Yenisei province.

Namely this activity was noticed by one of the eminent state reformers, the Siberian Governor General M.M. Speransky who not only mentioned Losev as one of the best public figures in Siberia, but also interceded for his state award: Losev actually received it in 1822.

The Description of Irkutsk Province

Work-related journeys enabled Anton Ivanovich to gain valuable information about the natural and economic features of Irkutsk Province and the features of occupations of its residents.

In 1785 - 1792, he took part in the works on topographic description of these territories. His approach was based on heightened attention to district towns, on the formation of a comprehensive perspective of ​​their statistics, trade, businesses, crafts, plants and factories, which, as a result, allowed Losev to present the comprehensive picture on a scale of the province. Everyone pointed out his incredible interest in the issues of the craft industry; besides, Anton Ivanovich not only listed the craft occupations, but also demonstrated the production technology, revealing the technical processes in every detail.

A Follower of Eric Laxman

Anton Ivanovich was aware of the experience of the Russian scientist and traveler of Swedish origin, Eric Gustavovich Laxman, concerning the study of climate in Irkutsk; so Losev decided to continue this initiative in early 19th century and began to conduct regular observations of the weather, which lasted for five years. Moreover, he not only measured temperature, humidity, atmospheric pressure, but also recorded freezings, wind directions, thaws, and even earthquakes. Moreover, Losev was one of the first people who recorded the times of freezing and ice breakup on the Angara.

We would like to finish the story about the man who played an enormous role in the life of the Baikal region by quoting his words explaining the purpose of his work: “for the life and prosperity of our Fatherland”.