The Costume of “the People of the Snow”: the Outfit of the Ancient Residents of the Baikal Region

National costume is a code for modern people. It helps to perceive and understand the past of a nationality, its traditions and features of self-actualization. Let alone the special energy conveyed by hand-made things. “Key to Baikal” tells you about the peculiarities of the costume of the ancient people who lived around Lake Baikal and about the way the lake influenced their fashion...

The History Department of the Irkutsk Regional Museum of Local History represents a wide variety of the objects of everyday culture of the indigenous peoples of the Baikal region. You can see interesting sets of national clothes in the exposition devoted to the ethnography of Tunguses (Evenks), Buryats and Tofs. 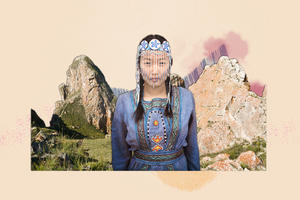 The Beauty and Usefulness: an Important Detail in the Costume of the Indigenous People of Baikal

We have already talked about such a special element of the Tungus costume as a breastplate. After we received several wishes expressed by our readers, we decided to develop the subject, continuing the conversation about the specifics of the Evenki costumes.

The History of the Compound Evenki Costume

There are several merely scientific versions telling about the origin and settlement of the Tunguses to the east and west of Lake Baikal. According to a popular description of one of them, in ancient times, when the ancestors of the Tunguses (Proto-tunguses) separated from the big Altai linguistic community and settled in the mountainous  Baikal taiga, they created the compound Tungus costume: an unfastened kaftan, a breastplate, thigh plates, gaiters (fur stockings), fur boots . This costume always distinguished the Tungus-speaking peoples of Siberia from all other peoples. But when Mongolian cattle breeders came to the lands of the Baikal region, the Prototunguses had to “share” the territory. They settled farther on the lands of modern Siberia and the Far East, were divided into several parts, until the so-called Western Angara-Baikal group was finally formed. In pre-revolutionary books their unbuttoned clothes items were most often referred to as “tailcoats”.

The written sources left by the travelers of the 18th century described the outfit of the Tunguses as two-layered, with the outer clothing item sewn with the fur outside and the lower one – with the fur inside, clinging to the body of the owner. Everyone agreed that the elements of the costume directly touching the people’s skin were light, extremely exquisite, made exceptionally neatly. The tradition of admiration for Tungus outfits was continued by the famous Russian traveler, scientist, leader of the famous Siberian expedition (1842 - 1845), academician A.F. Middendorf. In his publication titled “The Journey to the North and East of Siberia” he told that when a household master entered his home and took off his fur coat, a very dandyish suit could be seen underneath. That was a short kaftan of reindeer suede (“rovduga”) tightly clinging to the chest, its hem and sleeves lined with the fringe of animal hair, which was in harmony with the beaded breastplate, complemented by elegant embroidered high fur boots reaching hips, and a hat made of the fur of otter, wolverine or furry paws of foxes and arctic foxes. It was Middendorf who expressed an extremely interesting opinion that the clothes of Tunguses were even better than “the brilliant costumes and ceremonial uniforms of the most stylish guards”. 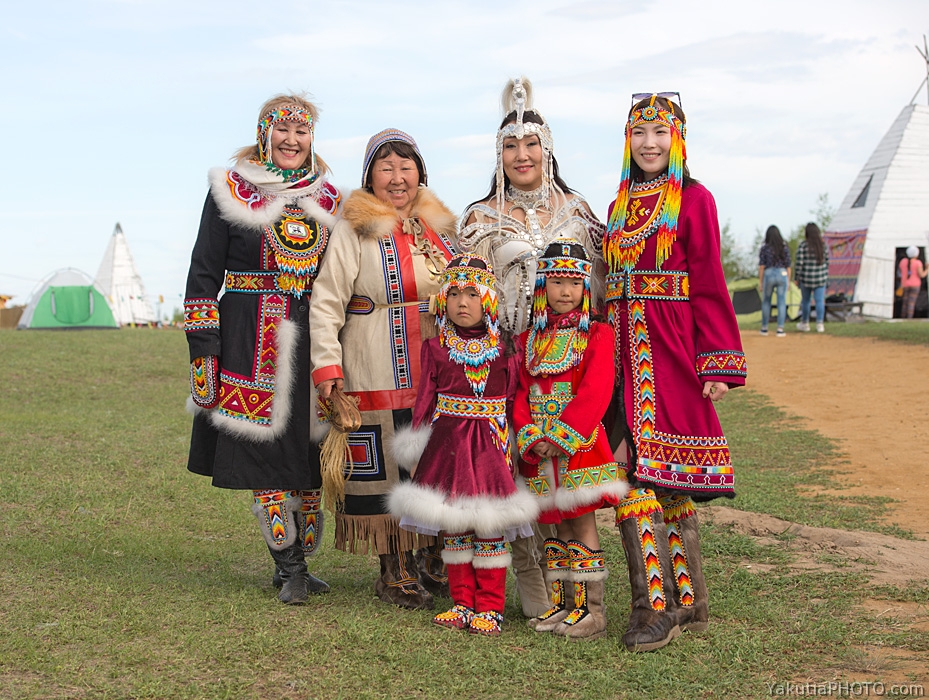 The clothes of the Tunguses are incredibly rational, without any “extra” details, each element has a clear purpose; the decorative elements convey a deep meaning.

All components of the costume were in harmony, complemented each other, and their complex looked in the following way. A kaftan (winter and summer options, differed in the quality of the skins - summer skins of wild animals were used for summer kaftans), a breastplate, a girdle (men used it for bearing a knife, and women – for bearing various sewing accessories, such as needle cases),  thigh plates, and gaiters.

A kaftan was made of a whole uncut skin, its central part covering the back, and its side parts used as narrow flaps. To form narrow sleeves, they made vertical incisions. A long fringe was sewn along the hem, flaps, and on the back – beginning from the shoulder, along the armhole.

The head was warmed by a thick cap made of the skin from the deer head, sometimes it even retained the deer’s ears. Short boots were called “until”, which was transformed by Russians into “unts” - fur boots; long boots were called “kheveri”, “bakari”, however, both versions were made of skin from deer legs (“kamus”). In winter they attached mittens to the kaftan sleeves.

The cut of the Tungus costume was predetermined by the natural conditions and activities of their owners, primarily hunting. Therefore, the clothes were light, did not constrain movements, and did not increase sweating during active movement. The hem at the back was cut as a neb, so that a person could comfortably sit on ice, stone or cold ground at any time, if needed.

The multi-layered costume ensured heat exchange; two deep folds on the back of an oversized kaftan facilitated mounting on the deer; the fringe of goat fur decorating the shoulder seam protected the clothes from moisture, because raindrops rolled down the fur...

And one more thing: physical activity, life in the fresh air, the peculiarity of economic activity, for example, hunting, in many respects predetermined slenderness, leanness, flexibility of Evenks. And their tight-fitting kaftan was not accidental, because, according to ethnographic scientists, the Evenks knew the peculiarities of their figures very well and deliberately focused attention on this, using the specific features of the cut and decoration of their clothes.

All in all, Evenki clothes can be divided into male and female (with a similar cut for both), summer and winter, industrial and home. Nevertheless, all its types have been predetermined by the living conditions of its owners.