A large number of traditional common views of shamanists about the soul of Lake Baikal, its character, disposition that have persisted until today appeared in ancient times. A legend about the bottomlessness of Baikal accompanied by the idea of underground merger of Lake Baikal with the Arctic Ocean has existed since the Stone Age...

Our ancestors tried to find the location of this dark abyss. Ironically, they pointed exactly to the correct place - near the island of Olkhon, where the deepest point of the lake has been established by now.

The severe nature of Lake Baikal, with its unexpected destructive winds and storms, inevitably caused fear among the ancestors of modern Yakuts and Buryats who developed a certain paradigm explaining the mysterious things occurring  in its abyss.

A composite picture of the things happening can be presented on the basis of the old Yakut heroic epos titled “Olonkho”, Buryat legends, Chinese chronicles and poems. The main ideas of all these stories originated in the Kurykan era (the tribal community of the people living in the Baikal region mentioned in the ancient Turkic inscriptions of VII-VIII centuries; later the tribe disappeared).

The Kingdom of the Dead 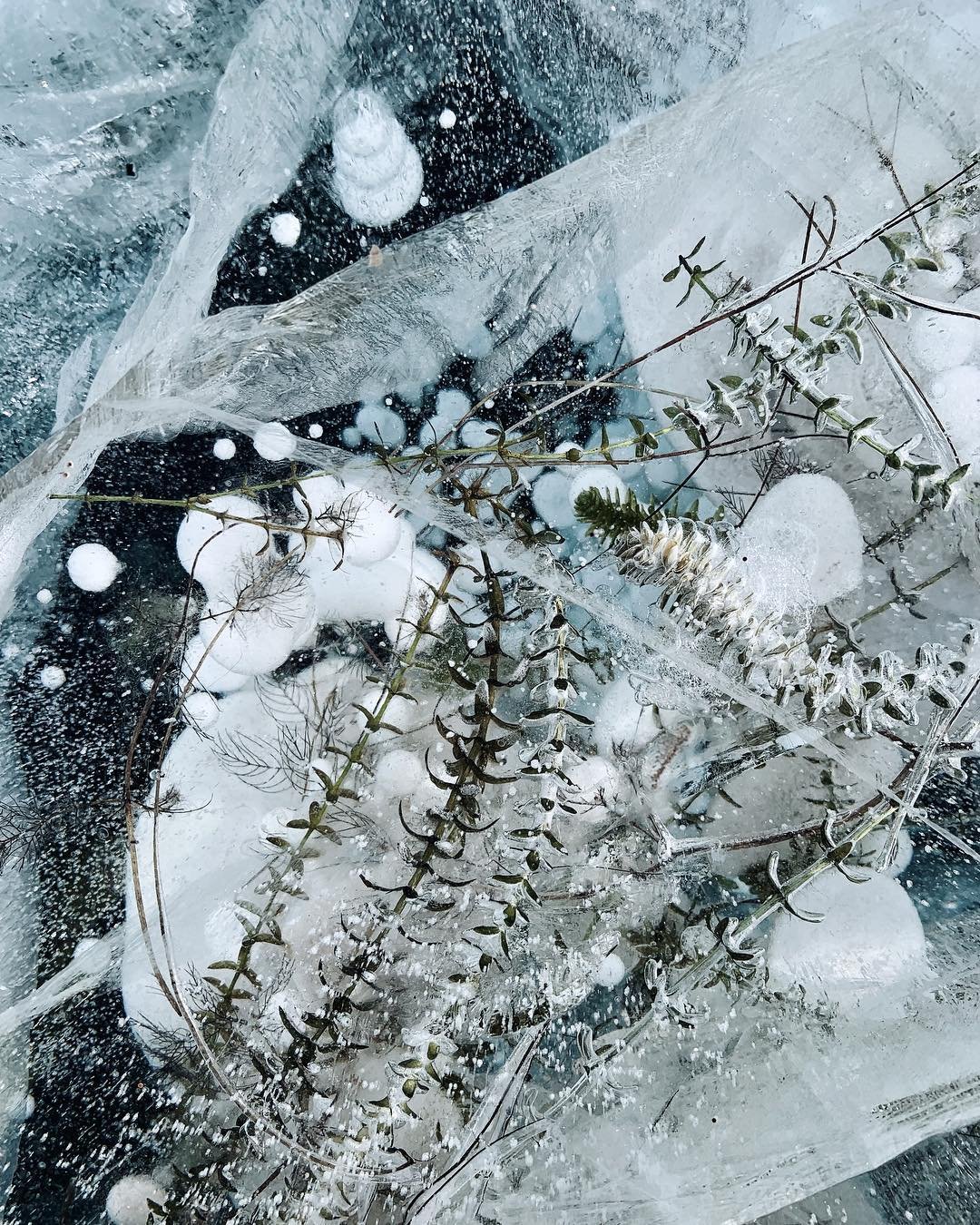 The enemies stole a bride from the ancient Yakut warrior Yuryung Uolan, so the brave warrior set off to find his bride without any hesitation. His faithful horse brought him to the western coast of the taiga sea called Muus Kudulu Baigal (Ice Baikal).

The young man stood on the edge of a high stone abyss turning into a roaring black abyss of water for a long time and looked at the opposite coast where a terrible land was located: it was the abode of evil forces that hid his beloved from him. It was an abominable place. Meadows with dead grass, forests with fallen dead wood, fierce winds easily breaking centuries-old larches, savage hail of incredibly big stones cast to the ground. Besides, there were eight stones howling like wolves, nine mottled mountains roaring like ferocious tigers, frogs sized like horses, ants sized like two-year-old calves, beetles sized like bulls, and ghosts coming up in the forest thickets. These ghosts included three beautiful girls - werewolves, evil spirits: one had to refrain from accepting treats from their hands.

However, the trail to this terrible otherworldly kingdom passed through an even more disastrous place, where the following things happened:

On a distant opposite coast
Of this ice sea –
Muus Kudulu…
The tide washes
The dead warriors ashore.
The wave carries the bodies
Of tattered women to the coast.
The ripple sways dead young girls,
Like blocks of slush snow.
The corpses of brave young men
Lie there on the blocks of ice.

The brave Yakut warrior did not know that the Buryat shamans noticed the same feature of Muus Kudulu Baigal: they respectfully addressed the Master of the lake and asked the spirit:

Once you have become a sea
Why are you hiding the dead
Deceased people in your depths?

But Great Baikal was a repository of souls of the deceased tribesmen. Their relatives themselves brought the bodies to the Master of Water, performing the ritual of sacrifice. First, the deceased were placed in a wooden box, then that box was put it in an iron box sheathed in bull’s skin. Only after that, the sacrifice to Baikal was thrown into its depths. All this took place more than a thousand years ago.

Olkhon - the Path Leading to the Kingdom of the Dead

Olkhon Island was the center of the Kurykan culture. This sacred land was chosen by the ancestors of the peoples of the Baikal region for building their settlements, fortresses and burial grounds. They constructed their holy places there.

The cave leading to the underwater kingdom of the dead was also located here, on the largest island of the great sea lake. The entrance to this kingdom was protected by a guard – an enormous horrendous giant looking like a dragon with sharp horns on its head. This beast bent his large body nine times and extended his bloody hands to drive the souls of the dead to the netherworld. “Oh Soul come back! Do not descend into the Capital of Darkness. Nine bends of Tu-bo can be seen there. His horns are sharper that anything in this world. His back is fat, his fingers are in blood, he enjoys chasing people” (Qu Yuan, “Summoning of the Soul” poem).

The Spirits of the Black Abyss 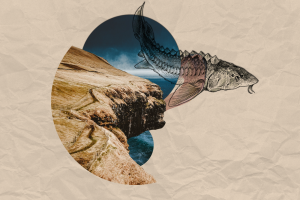 Water Dragon: A Monster from the Bottom of Baikal

The instability associated with the life near Lake Baikal nourished the imagination of the ancestors of the indigenous peoples of the lake’s coast composing legends about the passage to the kingdom of the dead, the monstrous water dragon Lusud Khan, and many other evil water creatures and then faithfully believing in these legends.

The good deities of the water (Ukhat-khats) were opposed by the eastern evil bloody Tengerins: even the names of the latter terrified the Buryats of the past.

During storms, white water raising the suspension from the bottom could take on a reddish turbid color, which, most likely, provoked the thoughts about ​​ evil bloody spirits causing great misfortunes, leading to serious damage of coastal fisheries and human losses. Other water spirits were malevolent to people also served the above-mentioned evil spirits.

Let us consider the treacherous Ukhan Ezhin. This evil creature could not only come out of the water to the land, but also take on the appearance of a person or an animal.

The nastiest creatures have been the numerous water spirits (ukhani bokholdoi) that are sometimes called water devils: they try to drown people, often by leading a person astray in the fog. Ukhani bokholdoi are the souls of the drowned, so they naturally seek to make people join their ranks at the expense of new victims. Buryats explained the blue spots on the bodies of the drowned by the actions of these spirits. They prevented people from saving and getting out of the water, grabbing them with their hands, squeezing and pulling people to the bottom.

Buryats have pretty long believed that people who drowned in a natural water reservoir had to stay there and continue their life as water spirits.