The Mother of All Living Things: the Earth is Worshipped on Baikal

© Photo: Key To Baikal
International holiday - Mother Earth Day associated with the expression of respect to the Mother of all living things – is celebrated on April 22. Since ancient times the peoples of Baikal have treated their land with great respect, believing in the fact that it will fill their life with joy and prosperity...
Первый Байкальский

The Earth and its ecosystems create the necessary conditions for the existence of mankind; therefore today it is so important to maintain harmony with the planet and its nature. The name “Mother Earth” is characteristic of the cultures of many peoples. And it is no coincidence. It indicates the level of awareness of the relationship between the planet and the man.

The unique experience of harmonious coexistence with the Earth, its flora and fauna, is demonstrated by the customs of the indigenous peoples, including those living on the coast of the Great Baikal.

The Broad Land Is Our Mother, the High Sky Is Our Father

The traditional religious beliefs of the indigenous population of Baikal, the Buryats and the Evenks (Tunguses), are characterized by the idea of ​​the inseparable unity of two worlds - the world of people and the world of nature.

The most probative fact of the deep ecological consciousness of these people was and still is the cult of worshipping both their territory - the habitat of their people - and the Earth in general.

The concept of “Earth” in the Buryat and Tungus languages – “delegey, delekhei daida” - means “vast, plentiful”. This main epithet of the Earth tells about its immensity, boundlessness.

An important role in the life of the autochthonous population of Baikal is played by the Earth as a territory of their residence. However, the image of the Earth is inextricably linked with their perception of the world view with the obligatory deification of the Eternal Blue Sky and Earth – the forces giving energy to people.

Buryats respectfully called the Earth “mother”, and the sky, in turn, “father”.

There is a very old legend about the epoch when the main deities were only goddesses embodying the Mother. The progenitrix of all the gods was considered Ekhe-Burkhan living in the darkness and primeval chaos. Once she wanted to separate the sky from the earth, and for that purpose, she created a wild duck that dove into the water. Having reached the surface, the duck brought dirt in its beak, and Ekhe-Burkhan used this mud to build Mother Earth - Ulgen (literally meaning “broad”), and then “settled”  plants and animals on it.

Some Buryat families called the deity of the earth Etugen, others - Ulgen. Etugen, as a rule, had an appearance of an old woman who lived “inside the earth”. The specifics of her purpose were largely connected with the translation of the name - “to give a birth”. Accordingly, she is the embodiment of a fertile source, fertility, the powerful goddess of nature. Therefore, the goddess Etugen patronized not only humans, but gave “a snow-white foal to a white mare, a noisy fledgling crow to a black crow, a sweet bird cherry berry to a green bird cherry tree.”

The body of the Mother Earth is the Earth’s surface. All the things that grow and are located on it are the children of Earth. Hence such a careful, even reverent attitude to the integrity of the soil - it was forbidden to dig the ground with sharp objects, pick grass, break branches without any real need... Such a behavior model has been cultivated in Buryat families since childhood. Children were initially told that it was prohibited to upset the Earth, to hurt it. A conspicuous fact is also known: the toes of the Buryat boots were bent upwards - this protected the land from accidental injuries.

Ancient Buryat beliefs told that happiness consisted from 77 parts: these were the things constituting life itself. Some of them clearly demonstrate the attitude to the environment:

Women’s Faces of the Earth 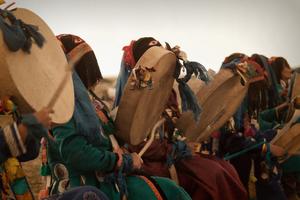 Women are Strictly Forbidden: On the Severe Taboos of Lake Baikal

Initially, the Buryat deity of Earth was most often a goddess, although her male reincarnation appeared over time. There are many stories about the rites of worshipping the goddess. A special prayer-worship was conducted only by females who decorated themselves with bird cherry flowers. Even little boys were not allowed to attend the prayer.

Nevertheless, male gods prevailed in the Buryat pantheon, whereas among the Tunguses (Evenks) many higher deities were feminine - for example, “Mistress of the Universe”. Evenks have long lived in harmony with nature. In their culture, sacred significance was attributed to the land where the forest - taiga - grew, which was not only a habitat, but also the basis of the existence of this people. Taiga was perceived as a temple of nature that could not be desecrated.

Many researchers believe that the deification of the land, taiga in the image of a woman was the reason for emergence of “female” spirits of the taiga. Buryats community told legends about the girls and women who died young and later became the evil spirits of Muu Shubuun (“bad bird”). However, they lived in the wild taiga, which allows us to consider them the spirits of the taiga. They liked to turn into beauties and appear at the camp of hunters all of a sudden. Muu Shubuun had a magic bag under her arm: the person who took that bag became rich. Such a “beauty” tried to lure the hunter and persuade him to spend a night together. If a hunter was smart enough to understand who was standing in front of him and even take the bag by a trick, the properties of Muu Shubuun made him a wealthy and respected person. After all, one of the properties of the deity of the taiga was to bring wealth.

Surkharban - the Holiday of Worshipping the Spirits of the Earth

Surkharban is one of the most well-known summer holidays; Buryat population celebrates it in a very responsible way. An indicator of its popularity was and still is a great number of participants and guests. Eating treats together, singing national ritual songs, playing favorite games, performing the uniting Yokhor dance are indispensable attributes of Surkharban.

Naturally, the semantics of the word Surkharban provokes interest. A literal translation from the Buryat language is “shooting in sur.” Actually, “sur” is a target in the form of a peg wrapped with a leather belt: the shooter should not just hit it, but knock the peg out of the ground.

There is a version of the linguistic similarity of the words “surya” and “sur”. “Surya” in ancient Indian language means “the sun”, so it is suggested to understand surkharban as “shooting arrows in the sun”. An old tradition is a proof. Once tarbagan (a ground squirrel) was not only a man, but also a great shooter. But once a disaster occurred: three suns rose in the sky, instead of one; the earth was scorched, and a terrible drought began. Then the archer thought that it was necessary to shoot down additional suns with an arrow, but he did not hit the target. Being ashamed, he cut off of his thumbs and became an animal living underground.

Today, Surkharban can be called a celebration that unites the traditions of sport and the glorification of nature and the Earth.

The Essence of the Holiday 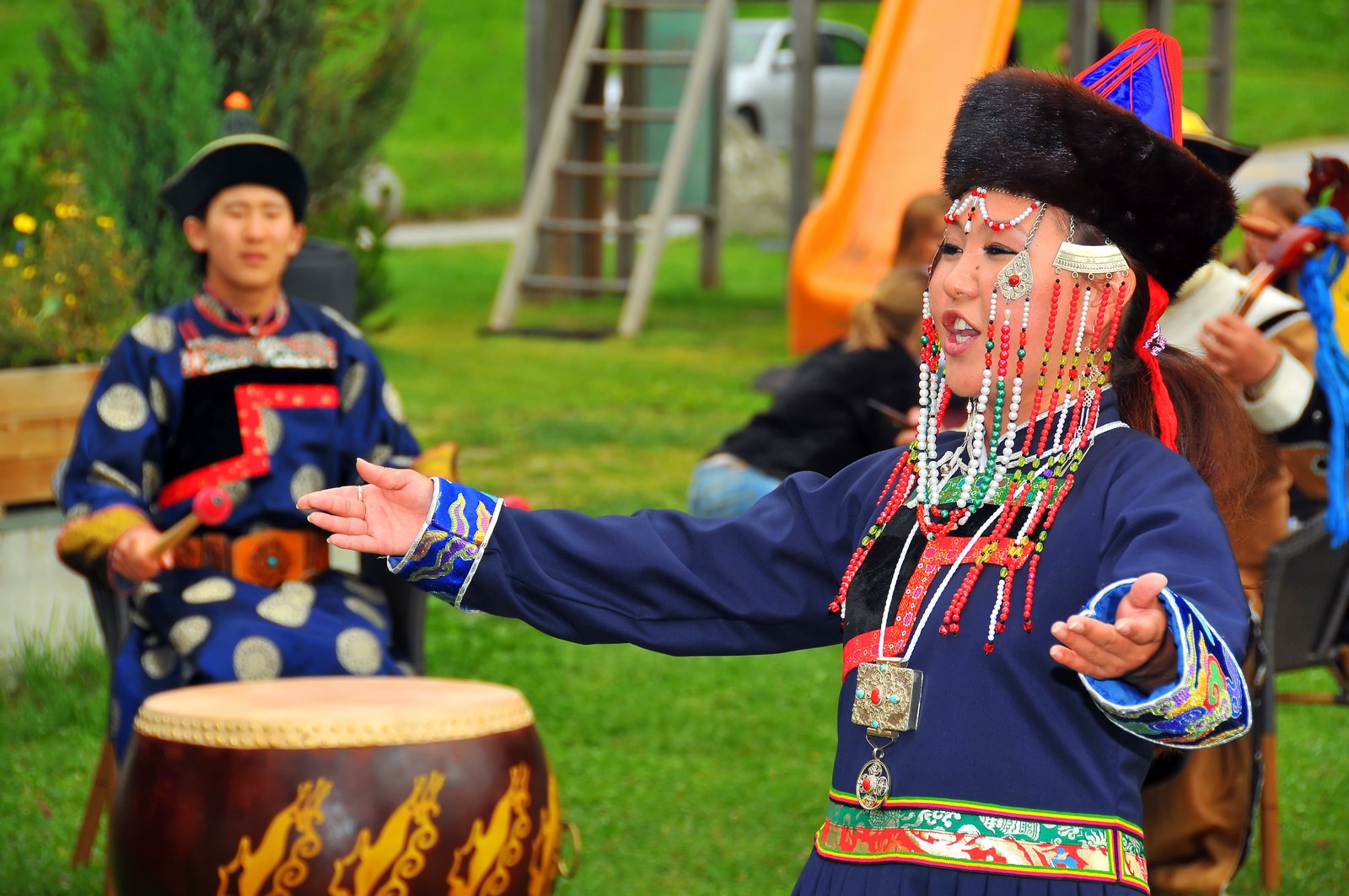 Surkharban vividly shows the caring attitude of the Buryats to the preservation and development of their national sports, three of which are indispensable components of the competition program.

It has long been considered that every Buryat should master archery technique and be able to ride a horse, regardless of gender and age. In ancient times, such skills could save a person's life. And it is not surprising that the Buryats treated the bow and arrows extremely respectfully, placing them in the yurt at the proper worthy place.

Archery competitions on Surkharban are guided not by sporting rules, but by purely specific national competition rules. Representatives of different families try to encourage their most accurate archers (mergens) to participate. The targets (surs) are located on a specific site at a distance of 30-40 meters from the competitors. There is also a particularly valuable target – “lasti” (a stick). The task is to knock out 12 surs beyond the boundaries of the site, getting corresponding points for each of them. If you hit the “lasti” set in the middle of the pegs, you get the largest score. The winner is the shooter who has gained the largest number of points.

However, the most beloved and expected competition, without a doubt, is the national wrestling (bukhe barildaan). Its peculiarity in the Baikal region is that it is carried out “by belts”, when wrestlers (bators), hold each other’s belts and persistently fight until victory. Such a wrestling requiring strength and quick wit, as well as agility, is considered the most honest sport among different types of wrestling.

In conclusion, we would like to remind you once again: let’s learn to choose valuable things from the experience of our ancestors: they will help save the Earth for future generations.