Lake Robbers: What are the Pirates of Lake Baikal Famous For

Vessels loaded with tea and silk became a slice of the pie for the pirates of Lake Baikal. Let us tell you about the way they appeared on the Lake, the way they won their fame and the location of the cave of the Baikal Ali-Baba.

The first Russian ships on Lake Baikal appeared in the middle of the 17th century, and by the end of the century they began to transport goods from China, along “the Great Tea Route”. The “Holy Sea” was one of the sections on the long road from Kalgan to Moscow. People carried tea, porcelain, silk, gold, pearls. The goods were transported from Kyakhta near the border to Verkhneudinsk, and from that point the goods floated along the Selenga River and Lake Baikal to Irkutsk. 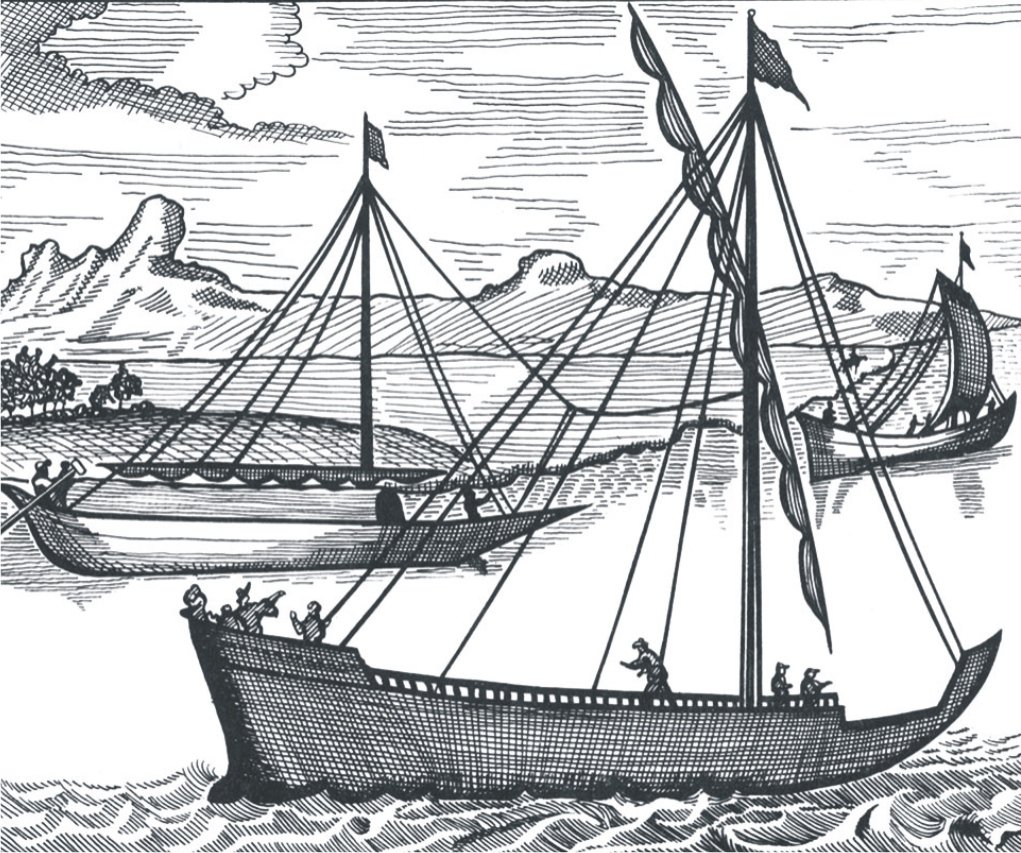 Pirates and robbers always come up if there is loot. First, these were Spanish galleons with gold in the Caribbean, then these were “koch” ships with tea and silk on board on Baikal. In addition to these, the favorite prey of robbers were coastal settlements, especially on the days when fairs were held.

Anyone could become a pirate. The line between a fisherman and a pirate was sometimes very thin - the temptation to attack the unprotected ships filled with goods was very great. Siberians began loving tea pretty early, therefore it was a desirable prey for them. Sometimes the fishermen robbed not directly, but sailed to a merchant ship in small gangs and tried to barter fish for tea on the conditions advantageous for themselves, hinting that in case of refusal unpleasant consequences might follow. Thus, fishermen-pirates insured themselves against the prosecution of authorities. The truth is that negotiations with the Lake extorters were not always settled, then things happened like they do in the movies: shooting, boarding, body overboard. Except that the “Jolly Roger” never wavered over their vessels.

Pirates were often runaway convicts and those living in exile. They were outlaws, so their approach to victims was tough. Unlike fishermen, they attacked the coastal settlements and took their residents with themselves to get ransom for them later. It was more efficient than fighting with these residents and searching their houses for valuables. However, most of all these pirates enjoyed attacking fairs and auctions held from time to time. These were also loved by the famous pirate known for his inhuman strength and nicknamed Sokhaty (“Beamed”). The leader with his 12 companions were sailing a swift rowing boat under a sail, then moored to the pier and suddenly attacked the booths with goods. Sokhaty took everything that he liked, and fled, without anybody pursuing him. Although there were about 300 people at Chertovkinskaya fair (the eastern coast of Lake Baikal) at tha time, not counting the squad of territorial police. The attack of pirates was so unexpected that the people at the fair were just taken aback and did not have time to resist.

Piracy was neither a corporation nor a caste. Basically, it was just a “role” for the fishermen and runaways, as well as conventional terrestrial thieves, smugglers and even merchants themselves.

Despite its amateur nature, piracy has taken such scales that the authorities launched two fighting vessels armed with guns on Lake Baikal in the year 1765. Filibusters started to hide from these ships in the river deltas

Of course, there was no full-fledged headquarters of the Baikal pirates, but they had their own favorite places. Such “Tortuga” can be called the delta of the Selenga River with a lot of quiet nooks. The place was perfect for hiding from the ships of the Baikal flotilla, on the one hand, and from the land army, on the other hand. Winter houses and settlements emerged here where everyone who had problems with law could spend the necessary amount of time. Of course, these places used were ill-famed, authorities had not been able to do anything with this bad spot for a long time. The situation changed when the Corsairs robbed the Ambassador’s Spaso-Preobrazhensky Monastery.  In the course of robbery they tortured the hegumen and several monks, which drew a great response of the public. As a result, the protection of coastal settlements was reinforced, and a whole artillery battery and a Cossack guard were established in the Monastery.

The pirates’ lairs were sometimes so thoroughly hidden from the eyes of civil servants that penetrating them was like getting into the cave of Ali Baba. The Lair of Cherkash was one of these. The legend about this famous pirate was transmitted by locals from generation to generation, this legend was ornamented with different kinds of fiction with time. In general terms, the story goes like this. The Baikal robber Cherkash had a secret lair on the coast of the Lake, it was impossible for a stranger to get there from outside. A high mountain standing on the shore of Lake Baikal. A strip of land between the Lake and the mountain was so narrow that you could barely walk through it, sometimes it was flooded with water. Farther away the mountain turned into a rock, protruding into the Lake and washed by the waves of Baikal. There was a terrace at the top of the cliff with a hardly noticeable path leading there, so steep that a person standing on the terrace could defend himself against an army. There was a cave at the foot of the mountain where pirates were hiding boats and prey. The entrance to the cave was closed by an enormous stone and disguised by brushwood.

People cannot find the famous cave even today, although there’s a probability that it appeared in people’s minds under the influence of oriental tales. Nevertheless, merchants and officials robbed and killed by the Baikal Ali-Baba, were quite real, which is evidenced by the documents of that era. So maybe the treasures of the ruthless Cherkash and his assistants are still waiting for somebody.