Konstantin Zabelin: the Main Protector of the “Siberian Gold”

Within the frame of our section titled “Lives of Great People of Baikal”, we will tell you about Konstantin Zabelin, who was the Director of the Barguzin Nature Reserve 100 years ago and was the first to speak about the protection of the “Siberian Gold” - the sable. We will also answer the question of why the problem is still relevant and the “rules of the game” have not changed in almost a century... 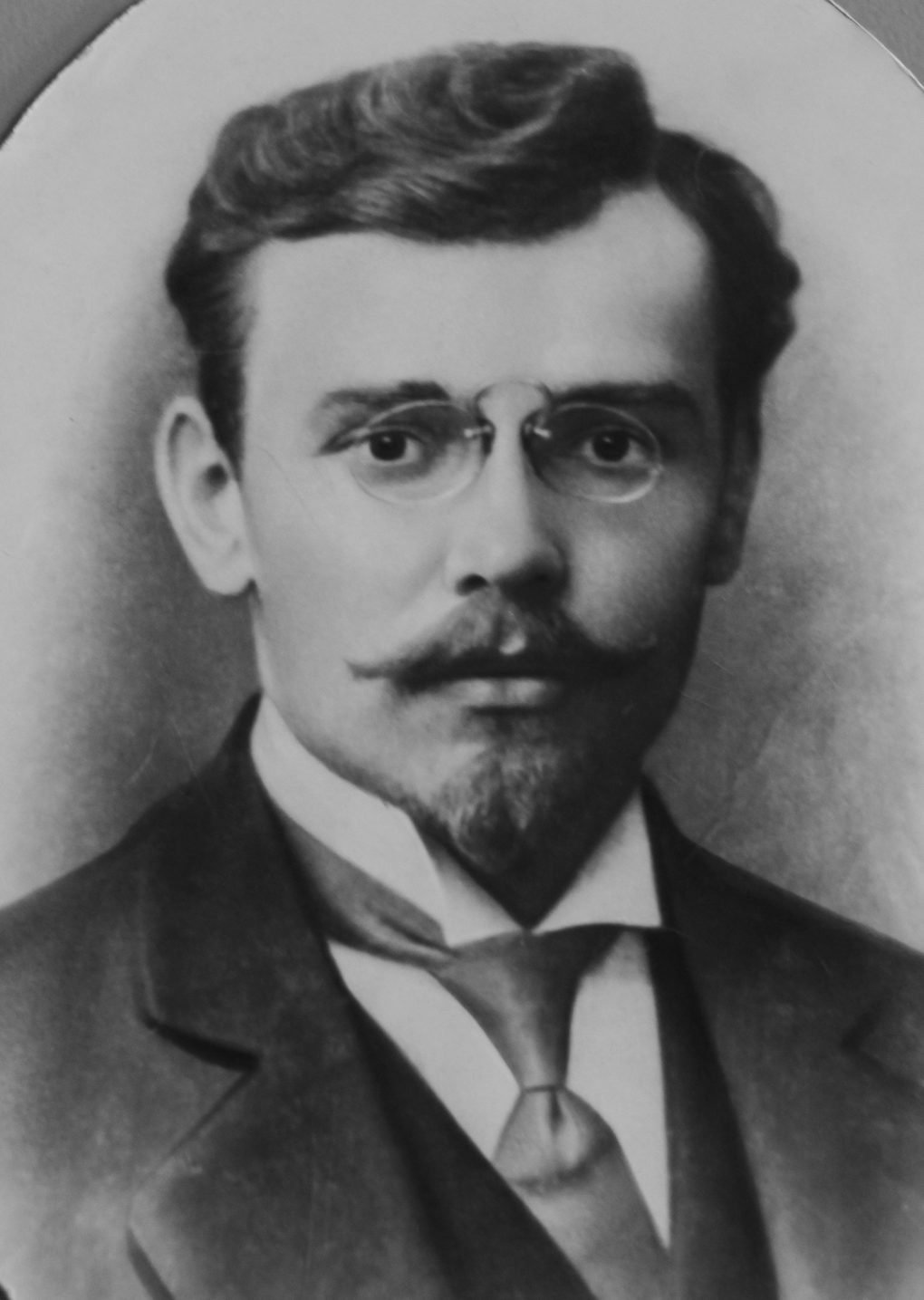 The first reserve in Russia – Barguzin - was named after its first director, Konstantin Alekseevich Zabelin in February 2017.

Surprisingly, almost no photos of this extraordinary man have been preserved over time. All materials about him demonstrate only one image: a face of a young intelligent man, “Chekhov’s” pince-nez, a calm, benevolent look... When you look at the portrait, there are absolutely no associations with anything Siberian or taiga. Still, Konstantin Alekseevich was one of the first protectors of the natural wealth of Baikal who was fighting for its preservation persistently, purposefully.

Having arrived to the coast of previously completely unfamiliar Lake Baikal with the expedition led by G.G. Doppelmair in July 1914, Konstantin Alekseevich immediately “joined” the active work on the exploration of the territory for the future reserve:

- Winter of 1914 - 1915. Exploration in the valleys of the rivers of Kerma, Kudaldy and Budarman with the purpose of studying the biology and habitat of the sable. Live sable was caught for the nursery.

- Late winter of 1915. Sociological survey was held among the Tunguses (Evenks) of the podlemorsko-shemagirsky genus and of the peasant population of Balagansky district.

- May of 1915. Survey of the rivers of  Kudaldy, Sosnovka and Tarkulik. The end of the inspection of the middle part of the reserve.

- The result of the expedition was the collective work titled “Hunting Sable on the Northeast Coast of Baikal”. Zabelin wrote four sections: the description of the physical-geographical state of the valleys of the rivers of Kudaldy, Sosnovka, Odorochenka, Tarkulik, Davsha, Bolshaya and Ezovka; statistical and economic sketch on the life of the Tunguess; characteristics of the population of Barguzinsky district in relation to hunting sable.

Prior to the revolution, Konstantin Alekseevich was an employee of the Department of Agriculture. Two interesting documents have been preserved in the archive.

One of them was dated by February 28, 1914 and concerned hiring a clerk by the above-mentioned institution, where Zabelin was offered “to take an oath of allegiance to the service and a decisive promise to fulfill the oath”. The second document, dated by April 22, 1916, concerned the appointment of the Head of the “institution of the Barguzinsky Sable Reserve” from May 1 and the necessity to go “to the place of the appointed service”.

His work, indeed, was “to serve” the nature of Russia. A year later, a revolution began, then a civil war started, and the government had no time to deal with the reserves. Employees were, in fact, literally forgotten: no wages, no equipment, no weapons or ammunition, no funds for work. The small village of Sosnovka was completely out of touch with civilization during 5 months per year due to weather conditions. They say that even the delivery of Zabelin’s first child was attended by the father himself, without medical assistance. However, Zabelin managed to form a team of people devoted to the development of nature conservation in the country; they understood the need to save the sable and return the status of a commercial species to these animals.

One of the main enemies for the furry inhabitants of the reserve was not animals, but people with guns: poachers.

We want to introduce several fragments from the article “It’s Time to Care about Proper Organization of the Protection of our Barguzin Sables” for your consideration. It was written by Konstantin Alekseevich back in 1929. Sadly, but today, almost in 100 years, many of his thoughts are still relevant. 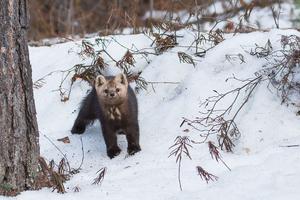 There is another grade of gold, it is more valuable. It can be found only on the northeast coast of Baikal. This gold is inexhaustible under certain conditions: you take a nugget now, and the same nugget in the next year, even two or three, if you are lucky. This gold is dark Barguzin sable. There are no equals for it anywhere around the world. But we have a small number of sables, and its reserves are rapidly declining. High-grade species are declining especially rapidly.

It seems that people are getting interested in the issue of breeding sables: articles, reports are being written. But things are moving at a snail’s pace. It may happen that while the things are developing, the sable ... will completely disappear, and there will be no animals to breed. Daring local hunters will exterminate this glorious species!

You may ask, why such a precious animal is not protected, its hunting is not limited. It is protected ... There is even a rather large reserve in the area of its habitat, hunting is completely prohibited on this territory. The reserve has a special hunting area where hunting is allowed, but with a limited number of hunters, terms and methods. It seems to be a real establishment. But it only seems so.

The Barguzin Nature Reserve, together with its hunting area, occupies the area of 6,400 km². The staff appointed to protect all this territory by the government includes...5 game keepers. And in the winter, when this protection is extremely necessary, it is possible to move only on skis. Game keepers are often on guard at night, spending late hours outside their shabby fishing yurts or sheds. And the threat is permanent! It is dangerous to cross rapid mountain rivers that are never covered with solid ice, to get into snow slides, to meet a bear face-to-face and, finally, to be shot with a poacher’s bullet. Besides, when the guards monitor one district, the poachers always know where the game keepers are and destroy other districts without obstacles.

By the way, in case of an encounter of poachers, the odds are often in favor of the criminals: with rare exception, the poachers have a three-line rifle, while the game keepers are usually armed with an old Berdan rifle. Game keepers disrespectfully call their riffle “a fool” and sometimes prefer not to take it at all.

No matter how bad the guards may seem, sometimes the poachers are arrested. But the criminals do not get a serious punishment: in the worst case they pay a fine much lower than the cost of the sable. This fact makes poaching in the reserve a clearly beneficial activity even if odds are not in favor of the criminals.

The reader may have one more question: why people did not sound the alarm in due time, did not report anywhere about the state of things? They did... The answer was always the same: the staff, bills, regime... The question asked by Konstantin Zabelin almost a century ago remains unchanged: how long the Barguzin sable will live on Earth, if the animal is still protected by clerical means: according to the bills, staff and regime...