Horror Stories of Lake Baikal: The Lake of the Northern Dragon

The regular column of “Key to Baikal” titled “Horror Stories of Baikal” tells you the most mysterious and strange stories that happened around the lake. Today you will be told a story about the fire dragon of Lake Baikal, about his southern brothers and why you should be fearful of him.

Horror Stories of Lake Baikal: Shaman’s Cave or How the Kin of Olkhon Buryats Emerged

The majority of the peoples of Eastern Asia worship the dragon as one of the most powerful creatures inhabiting the Earth. The cultures of China, Korea, Vietnam, have created many legends and myths about dragons. By the way, the Asian dragon, unlike his European counterpart, has always been associated with the water element. Dragon boat races and other festivals in honor of the dragon are still very popular in many eastern countries, and the Chinese name of the Amur River (Heilongjiang) means “the river of the black dragon”.

It is believed that all Asian dragons are the progeny of the Chinese dragon. The Chinese loon (dragon) is rather a positive character than a negative one, but he can become angry. Traditionally it was considered that there were four dragon kings in the world who were brothers and ruled the seas in all the four cardinal directions of the world. The Western Sea was the Indian Ocean, the Southern Sea was the South China Sea, the Eastern Sea was the East China Sea, and the Northern Sea was Baikal.

The Mongolian peoples, including Buryats, consider these mythical dragons to be also patrons of various localities, first of all, water reservoirs. Buryat mythology suggests that the Master of Lake Baikal is also a dragon. It is quite possible that this dragon is one of the brothers of the famous dragon kings. One of the oldest legends associated with the lake tells about him.

The Master of the “Holy Sea” 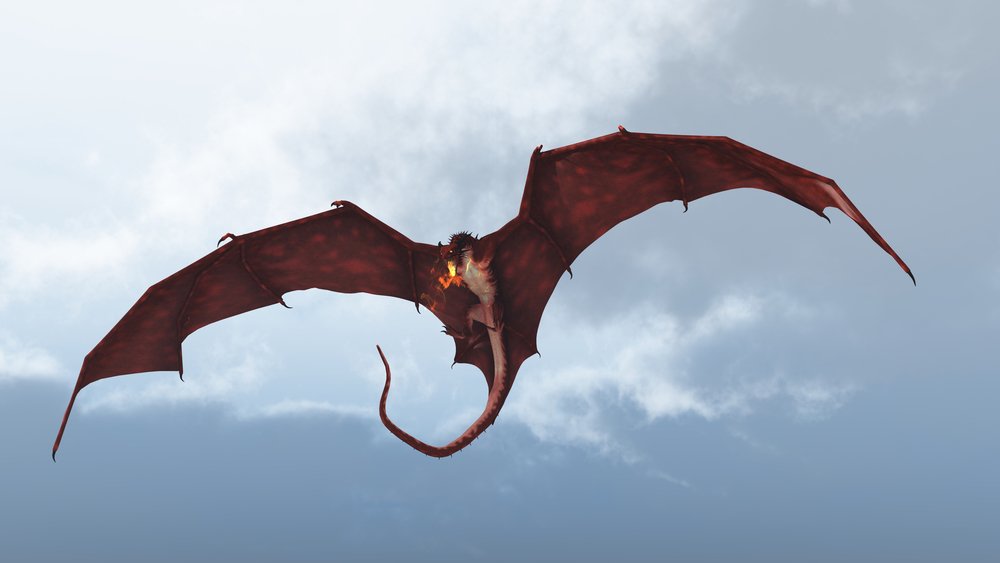 According to the legend, a fire-breathing deity under the guise of a fairy-tale dragon lives deep in the waters of the lake. It controls all the creatures living in Lake Baikal, and his mood influences well-being and even the life of the peoples living on the coast of the lake. An ancient legend says that, as soon as the first stars were lit in the sky, and the great Sun rose above the Earth for the first time, a golden chariot descended from the sky, and a fire dragon came out of it. The first blow of his powerful tail made the rocky mountains fall apart and formed a deep crevice. The second blow made the ice the peaks melt, so the life-giving water flowed into the stone basin, forming the great lake. The third blow covered the area with rich vegetation, then living creatures started to inhabit the place. After that the almighty dragon went into the lake that became his new earthly home. The continuation of this legend says that the fire dragon came out to the land once every one hundred and twenty yearsж during such visits the people who called themselves “the sons of the fire dragon” held festivities in the dragon’s honor and offered abundant sacrifices to their deity.

However, over time people began to forget about their benefactor, and one day when he came out of the waters of Lake Baikal once again, the fire dragon saw that people had no trace of reverence to him anymore. Then the deity became angry. The dragon’s anger shook the land, it was flooded by the waters of the sacred lake destroying all living things around on its way, up to the Great Ocean. And the ungrateful “sons of the fire dragon” disappeared from the face of the earth. They gave place to other tribes who had none of the greatness and sacred knowledge of old times...

The echoes of this legend have been reflected in the ritual ceremonies of the Buryats and Mongols until the first quarter of the 20th century. It is known that the Mongol armies moving from the South to the North-East in the 12th-14th centuries offered bloody sacrifices to the Baikal deity, killing all people in the surrounding villages and dropping the corpses of the villagers into the lake's waters. Thus, the Mongolian military leaders tried to win over fortune. The Evenki, Nenets and Yakut leaders sent emissaries with rich gifts to the coast of Lake Baikal until the time of the final reclamation of the Trans-Urals by the Russians in the 17th century. The emissaries made a sailboat and put sacrificial animals, furs and gems on this boat and sent it to sail around the lake.

Already in XX century some scientists put forward a hypothesis suggesting that the legend about the fire-breathing dragon had a real basis. In particular, there are many evidences of fishermen and enthusiastic explorers who allegedly met an unusual large creature living in Baikal. The echolocation surveys of the bottom of the lake conducted during the late 1980-s recorded a large moving object with the length exceeding thirty meters. However, there is still no documentary evidence of the existence of the legendary fire-breathing dragon.

They say that the fire-breathing dragon sometimes comes out of the waters of Baikal and causes horrible earthquakes, like the one that happened in 1862, then five villages went under water as a compensation for disrespect to the ancient spirit.

Who knows, maybe the dragon is now looking at the things happening near his house and disapproves them? In such a case, he can claim his bloody sacrifice again...