Horror Stories from Baikal: Who are Punished by the Master of Baikal

According the culture of many ancient peoples, man is a drop of the rain in comparison to the nature, but not its king. Nature is the supreme intelligence, where Baikal and everything connected with it has been revered, guarded and even deified for centuries.

If you pay attention to the legends of local residents, their usual conversations about Lake Baikal, it will become clear that they call it the Sea. And it’s not about their ignorance of geography, it’s about an unshakable belief in the greatness of Lake Baikal. Moreover, Buryats sincerely think that the sea-lake is a living creature; they reverently call it “grandfather Baikal” and even depict it as a portrait of a gray-haired old man with a white beard and an incredibly austere glance piercingly inspecting the people around him. This grandfather dictated the mandatory code of conduct in relation him - no pride and disobedience, no thoughts about theft, pursuit of benefits, insults to the nature...Only humility and respect are required.

Old Buryat legends say that a completely different tribe had lived on the coast of Lake Baikal before them, that tribe treated the surrounding world in an extremely bad way, did not show proper respect to Baikal itself, so he became angry and drove them away, then the Buryats literally had to stand on their knees and ask the severe Master to allow them to settle on its coast. Therefore, they know perfectly well how he can punish them.

Look at the large number of commemorative obelisks standing on the coast. The inhabitants of these places speak about it in a philosophical way: “Baikal took them”. According to one of the Arabic versions expressed by Abu Yahya Zakariya ibn Muhammad al-Qazwini in his work titled “The Miracles of the Creation and the Mysteries of the Existence” (written around the 13th century), Baikal is called Bahr-al-Baka. This name translated from Arabic means “a sea that causes many tears” or “a sea of ​​horror”. And it is said there the Almighty God himself created it in the form of two horns connected together. The sea-lake has always moaned, and it will moan until the Day of Judgment. This sea is constantly choppy and roaring.

Baikal is often compared with the Bermuda Triangle. Every year it collects a cruel tribute, taking human lives away. There are cases when ships went under the water, and then no one could find any traces of the vessel or people’s bodies.

According to the legends which have been believed in until today, the owner of Lake Baikal called Burkhan lives in the sea-lake. And it is he who sends punishment or shows favor, at his own discretion. The Master dislikes disobedience very much.

There is a textbook case that happened to the two aeronauts - Vladimir Isachev and Valentin Efremov - who were the first in the world to make a successful flight above the anomalous zone of Baikal in the balloon titled “Holy Russia”. We’d like to emphasize it once again that they became pioneers, because previous experiments ended in disasters. 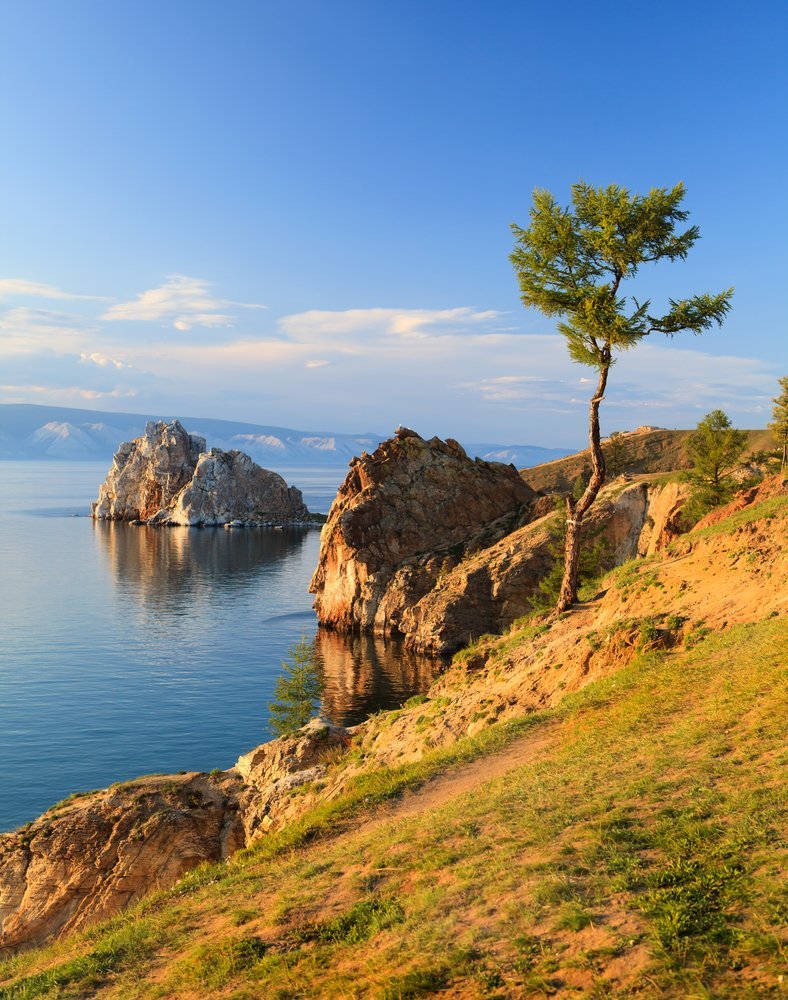 The shamans warned the daredevils about this, convincing them that the Master of Baikal does not obey anyone and does not like proud people. And when the balloon flew to Olkhon, a sudden wind rose, throwing the balloon with balloonists in it from side to side, like a toy. The communication was broken, the meters ceased to indicate the precise altitude, and, most interestingly, the ball seemed to have moved back. Then, as Isachev recalls, they remembered the advice of shamans and humbly turned to the Master for help, with pure souls and hearts. Surprisingly, as it was, but the wind calmed down, and the communication was restored.

Buryats are convinced that the storms and winds, especially such winds as Sarma, are the tools of Lake Baikal for punishing disobedient people, its way to get more sacrifices. And there is also a high wave appearing absolutely from nowhere – “buguldeika”. It also helps Baikal to take people away. The evidence of this is the terribly absurd fact of death of the famous playwright Aleksandr Vampilov literally on the eve of his 35th anniversary. He lived “greedily”, believing in the power of the human spirit and mind, when the boat where he sat with his friend turned over: Vampilov swam boldly to the coast. He even managed to get to the ground, but suddenly his heart stopped beating. And his friend who was calling for help survived. Old residents claimed that Aleksandr Vampilov’s boat was turned over by a powerful spirit - the Astral Master of Lake Baikal.

All captains of ships obediently ask the Master for mercy, good weather, a successful catch before going out to sea, and if you do not perform this rite, you may not return home at all. The travelers who step to the Baikal land must necessarily express their reverence to the numerous spirits inhabiting Baikal. Following the beliefs of Buryats, each locality has a master spirit guarding his land, and the luck of people on their way depends on the spirit’s disposition.

Hence came one of the oldest shaman customs - “to burkhan”. It means to share the most valuable things that you have with terrible but fair spirits, to ask that them and, first of all, Burkhan, to guarantee them an opportunity to get to Lake Baikal without problems, ask for a good weather, calm water, successful fish biting... Spirits can be appeased in different ways: by putting a coin, a candy, a cigarette, pouring juice, alcohol, milk... that is, presenting a gift.

There is an incredible number of known examples, when sensitive spirits who did not get a proper portion of respect significantly spoiled the rest – led people “in circles” along their way, sent disgusting weather with winds and rains, as well as a lot of other troubles.

You should not be afraid of Baikal, instead, you should respect its purity and protect it; it is reasonable not to come to the great sea-lake with impure thoughts, not to violate the established order of natural balance, then the terrible Master will be true to you!