Baikal is closely connected with the people who spent months and years around the lake. Our new article from the section “Lives of Great People of Baikal” will be dedicated to Fedor Drizhenko: he conducted a large-scale water expedition on the lake, thanks to which the first ferry railway crossing was built there.

On the cusp of the 19th-20th centuries, during the construction of the famous Great Siberian Railway, its creators were “hindered” by Baikal. The rails faced the coast of the lake from the East and from the West, but there was no Circum-Baikal railway back then. They had to look for an option that could ensure uninterrupted implementation of one of the most ambitious projects of the empire. Thus the idea emerged: to create a ferry railway crossing on Baikal, which, in turn, brought forward the issue of the need for thorough hydrographic studies. This task was to be completed by the members of the Baikal Lake Hydrographic Expedition led by Fedor Kirillovich Drizhenko. 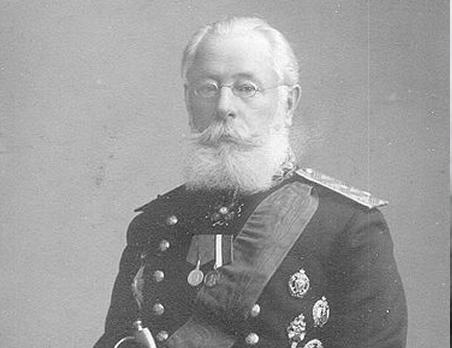 The Baikal researcher F.K. Drizhenko was born into a large noble family in the town of Yekaterinoslav (now Dnipro) on May 4, 1858. The young man did not finish his studies in the classical gymnasium, choosing another field of activities - the St. Petersburg Naval College.

He also successfully studied at the Nikolayev Naval Academy, and then, in 1886, defended his thesis on the theory of gyroscopes (a gyroscope is a device with a free axis of rotation and able to respond to the changes in the position angles of the body on which the device is installed). This work made Fedor Kirillovich a famous figure among hydrographers. He wrote and published a total of about 50 scientific works.

He faithfully served Russia during his entire life, devoting himself to the study of the country’s water riches. The geography of the work history of Fedor Kirillovich is astonishing. He was never afraid to change places. See for yourself: he led a number of expeditions on Lake Onega, the Caspian Expedition, was the Head of the Hydrographic Expedition of the Arctic Ocean (1903-1905), participated in the expeditions to the White Sea and Baltic Sea...In spring of 1917, he retired as a 4-star general of the Corps of Hydrographers. He settled in Krasnoyarsk, accepted the new Soviet power and worked in the Committee of the Northern Sea Route.

However, the most interesting chapter of activities of Fedor Kirillovich Drizhenko is associated with hydrography and hydrology of Baikal.

Drizhenko - the Head of the Longest Expedition to Lake Baikal 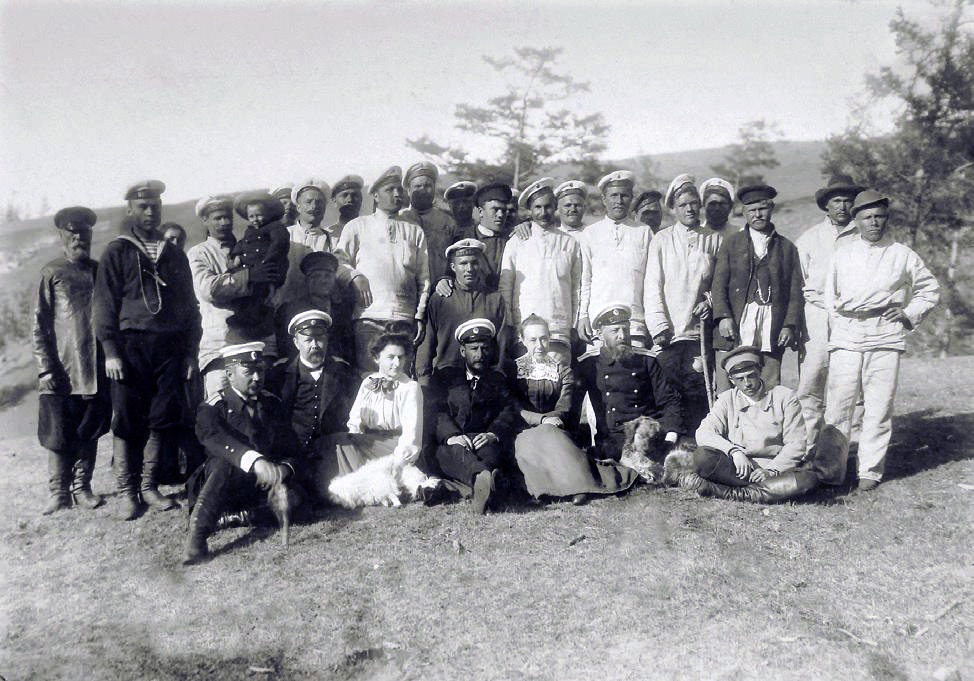 The Maritime Office of the Russian Empire was commissioned to conduct the research of the lake. Two lieutenant colonels, friends F.K. Drizhenko and Yu.M. Shokalsky, prepared a program of hydrological and hydrographic research in 1895. A year later, at the beginning of summer, an epic of the longest and most significant hydrological and hydrographic reconnaissance of Baikal began; it was led by Fedor Kirillovich; the control points of the expedition undoubtedly became Irkutsk and the village of Listvenichnoye (Listvyanka).

Fedor Kirillovich accurately estimated the role of Baikal in the development of the Siberian region. According to him, Lake Baikal, being a huge water reservoir, represents, on the one hand, a natural barrier to the railway, and on the other, it is an excellent water access road to remote wild corners of the region. It was only necessary to try and tame this water monster, having thoroughly studied its naughty properties and the fanciful bends of its coast.

Everything done by the expedition of Drizhenko on the lake was done at this level for the first time. You can undoubtedly be surprised at the incredible organizational talent of Fedor Kirillovich, and his unique working capacity, which enabled him to conduct research in those conditions: the results of his work are still used today.

The difficulties began already at the preparatory stage. The road from Krasnoyarsk to Irkutsk was in a poor state; whereas hydrographic equipment was not only heavy but also fragile.

The leader of this expedition and his team had to face the peculiarities of local realities. Yes, the village of Listvenichnoe was equipped with all the blessings of technical civilization of that time: telephone, telegraph and mechanical workshop, but everything else left much to be desired...

The field season lasted from April to October. The scientists had to work in an incredibly difficult situation: with gusty Baikal winds, storms, fog, unusually cold air temperature. Above all, everything was aggravated by the smoke from forest fires. The steep and rocky coast of the western part of Lake Baikal made it unsafe to survey this part of the lake. And in the eastern part, at the mouth of the Selenga, they had to wade through the swampy plain, go round its channels by boat and even use stilts.

The real problem during the first two years was the lack of professional or even permanent staff. Drizhenko was also responsible for the construction of a lighthouse chain on the coast of Lake Baikal: there were no lighthouses on the lake before.

The Results of the Expedition

On October 5, 1902, a meeting of the members of the Physical Geography Section of the East Siberian Department of the Imperial Russian Geographical Society was held; during this meeting, F.K. Drizhenko reported on the results of the hydrographic surveys of Baikal carried out from 1896 to 1902. He told that during six field seasons, 3900 versts (1 verst=1066.8 meter) of the coast were surveyed, over 9 thousand versts were investigated by boat and vessel measurements, 274 thousand depths were measured. They prepared marine navigational charts and an atlas of Lake Baikal, navigational directions of Lake Baikal with a description of physical and geographical navigation conditions, an atlas of Verkhnyay Angara, an atlas for dragging boats ending with Bodaibo; 10 lighthouses and meteorological stations were constructed.

Fedor Kirillovich was too modest.

The navigational directions of Lake Baikal are one of the first navigation aids in the world with photos – by the way, these were taken by Drizhenko himself.

The materials of the expedition were used to prepare “The Guide to the Great Siberian Railway”, where the section dedicated to Baikal is also illustrated by the photos made by Drizhenko.

The works and collections of F.K. Drizhenko received a gold medal at the World Exhibition in Paris in 1900.

The deepest point of Baikal (1664 meters) determined by Fedor Kirillovich with the use of the simplest sea gauge is different from today’s measurements by modern equipment only by 44 meters.