“Key to Baikal” will tell you when the first ship appeared on Baikal and why the Baikal waves are more frightening than sea ones.

Once the man learned to fish, first boats appeared on the water of Baikal. This happened in ancient times, during the Neolithic period. However, large ships appeared only with the arrival of Russians.

The Dawn of Shipping Traffic

In 1643 the explorer Kurbat Ivanov came to the coast of Lake Baikal. Cossacks built light rowing boats, crossed the strait and landed on the island of Olkhon. Kurbat Ivanov sent a part of his detachment to go around the lake in search for a place suitable for building a prison. He made the first map of Lake Baikal with a description of its waters and fauna. He handed the card over to a military leader who sent it to Moscow. Thus, 1643 can be considered the year of beginning of ship traffic on the lake.

A military commander, a son of a boyar, Ivan Galkin was sent from Tobolsk to study Baikal. Galkin’s detachment on sailing-rowing vessels with a carrying capacity of 8-12 people each made the first long voyage along the coast of Lake Baikal. Galkin’s detachment discovered the possibility of a navigable water route from Angara through Lake Baikal to Selenga and Transbaikalia. In 1648 the boyar son Ivan Pokhabov accomplished a campaign to Mongolia through that route. Over time this route became the main one on Lake Baikal.

In 1650s masters from Arkhangelsk, from the White Sea and the middle Volga build different kinds of boats (kochs, kasovkas, flat-bottomed boat) on Baikal. The ships for military expeditions of P.I .Beketov (1652) and Vasily Krasilnikov (1655) were being built.

In the second half of XVII century military expeditions on the lake mainly stopped, now the voyages were organized for economic and political purposes.

The Era of Sailing Ships 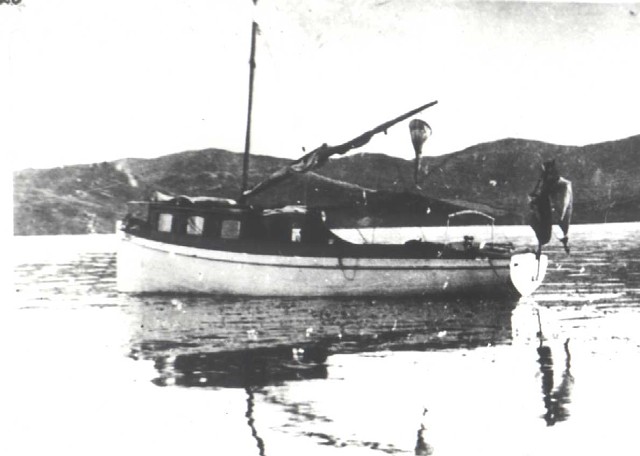 In 1728 Russia signed a new trade agreement with China. A part of the trade route from China passed through Baikal. Until the very end of the construction of the Siberian tract all goods from the Celestial Kingdom passed through the waters of the Holy Sea. At that time, the term of goods delivery to the European part of Russia reduced to 2-3 months. By the beginning of XIX century less than a third of Chinese goods were transported on cargo ships.

An Admiralty was founded in Irkutsk in 1728. In 1735 shipbuilding was commissioned to the Irkutsk Admiralty Body. After that, postal dispatches, transportation of military detachments, exiled convicts, state cargoes through the lake were carried out via state-owned vessels.

In the same year, a special decree of the Government Senate established the Okhotsk Maritime Detachment under the Irkutsk Admiralty. The Irkutsk Admiralty became the place of formation and supply of the Siberian flotilla. All supplies and weapons were delivered to Okhotsk, Russia’s first naval port in the Pacific Ocean: through Irkutsk, Baikal, along Lena to Yakutsk, and then to Okhotsk by land.

A department for learning Japanese language was also opened at the Navigational School. After a while many expeditions to the North and East started from Baikal.

The problem of piracy on the lake forced people to build military vessels. At the end of XVIII century they began to construct two-masted galiots in Irkutsk, however, not only for military needs.

Bots and galliots were built according to drawings sent from St. Petersburg. The ships were intended for sailing the seas and were of little use under Baikal conditions. This has been the reason for numerous shipwrecks. “Nikolai” galleon was wrecked during its first voyage. In the autumn of 1772 the boat  titled“St. Kuzma” was thrown ashore at the Posolsky Monastery. In 1779 the boat titled “Adrian and Natalia”, as well as “Ermak” and sailing ship titled“Irkutsk” were wrecked at the Posolsky Monastery.

Steamship Fleet of the Lake

Despite significant advantages of steamships over sailing ships, steamships also often sunk due to the rowdy nature of Baikal. The largest disaster on Lake Baikal occurred in the autumn of 1902, when the barges pulled by the steamship “Aleksandr Nevsky” were wrecked. 172 people died then, but the ship was preserved by some kind of miracle.

Despite the dead people and wrecked ships, shipping traffic on the lake did not stop. A motor boat “Chaika” boat was built on the initiative and under the guidance of V.Ch. Dorogostaisky in 1916. Truth be told, the boat did not existed for long. But in exchange for that boat, the Baikal expedition of the Academy of Sciences built a new boat - its exact copy - that served for about half a century. This is an extraordinary longevity for wooden ships. During that time it was updated and rebuilt several times.

During the Soviet era one more vessel was built: now this is the largest research vessel on the lake. This is “G. Yu. Vereschagin”, the vessel of the Limnological Institute of the Siberian Branch of the Academy of Sciences of the USSR built back in 1962. This modern vessel is equipped with echo sounders, radio detectors, ship remote weather stations, hydrological deep-water winches, a trawl winch, a deep-water anchor device allowing to anchor the ship at any depth of Baikal, as well as other expedition and navigation equipment.

There are at least 10,000 vessels of different water displacement on Baikal nowadays.