The Unmerciful Spirits of Buryat Shamanism

Buryat shamanists sincerely believe that the world is inhabited by various entities possessing supernatural abilities. These spirits are influencing the lives of people, so you must definitely have proper skills of communicating with them...

The way you are able to communicate with spirits has an impact not only on your fate, but also on the fate of all your family. Locals on Baikal still believe that misfortunes are connected with the influence of evil forces – evil spells sent by them.

Buryat Mythology contains ideas about the three parts of the world order. It includes the “upper world” where good deities live, the “middle world” where humans live, and the “lower” world” - the refuge of the dark forces of grandmother Mayas Khara, an evil daughter born of a Crescent by the progenitress of all gods Eekhe-Burhan.

The pantheon of gods is subject to a strict hierarchy.

The master of the “lower world” is considered Erlik-Khan who exercises judgment in the world of the dead and eats only bloody food. He has innumerable servants - lower demons whom Erlik-Khan sends to catch human souls.

All “evil spirits” can be traced back to the souls of people who either lived in violation of generally accepted rules or were killed as a result of acts of violence.

The evil spirits are extremely diverse:

- “ada” is a werewolf spirit, which can be both good and evil;
- “anakhai” is a destructive spirit that hunts small children, up to 7 years old;
- “muu shubuun” (translated as “a bad bird”) represents the souls of girls who never felt love and died by violence;
- “dakhabari” represents the souls of women who died in agony from childbirth, female diseases, mistreatment and were tortured by husbands, as well as lonely and helpless old women... in other words, the women who lived a sad and difficult life. After death the gods gave them the right to avenge people for the evil and insults suffered by them during their lives;
- “bookholdoi” is the spirit possessing a human soul after death, especially a violent one. Sometimes the drowned were called this way. In a narrower sense, a “bookholdoi” is a ghost, a goblin.

Often these evil spirits are the unpacified souls of the dead. After death, a human soul should appear before Erlik-Khan within the period of forty-nine days: thus the question of its further regenesis is being decided. But it is quite common that unpacified spirits remain on the earth. Not so long ago, the mass media of Buryatia reported about a ghost of a child that intimidated the inhabitants of one of the villages.

Another kind of spirits that threaten people is “sabdaki” - disturbed “masters of the location”. They begin to ourtrage, and, accordingly, take revenge, if an improper invasion of their possessions takes place:for example, a visit without conducting certain rituals of appeasement or cutting many forest trees for the construction of a dwelling.

What the Spirits Look Like When They Appear before People 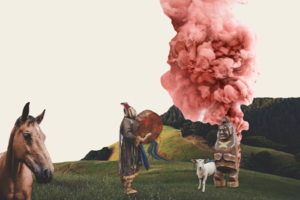 Shamanists have a collective concept of evil spirits that can harm a person and are called “albins”. A more common version of this spirit is “devil”. They feed on the energy of people, growing stronger by parasitizing on it. Initially they are ethereal, like all spirits, but “albins” become visible by sucking human resources. Those who met them tell either about humanoid figures half the height of an ordinary person or about creatures with only a face without a body, or only a hand with eyes.

Many spirits are werewolves, so they appear before people under different guises.

An “ada” spirit show up in the form of a small animal with one eye and one tooth or a person whose mouth is located under the jaw. It may seem to be a dog, or a child, or... an inflated bubble.

“Muu Shubuun” waits for traveler under the guise of a beautiful girl with bright red lips similar to a beak.

The terrible creature killing children, “anakhai”, either has a human appearance, but with one eye in the forehead, or turns into a cat or a dog.

“Ezykhe” is a spirit that harms livestock, takes the form of a short old woman who sucks the udder of a milk cow in the dark. So the calf does not get enough milk and gets sick. 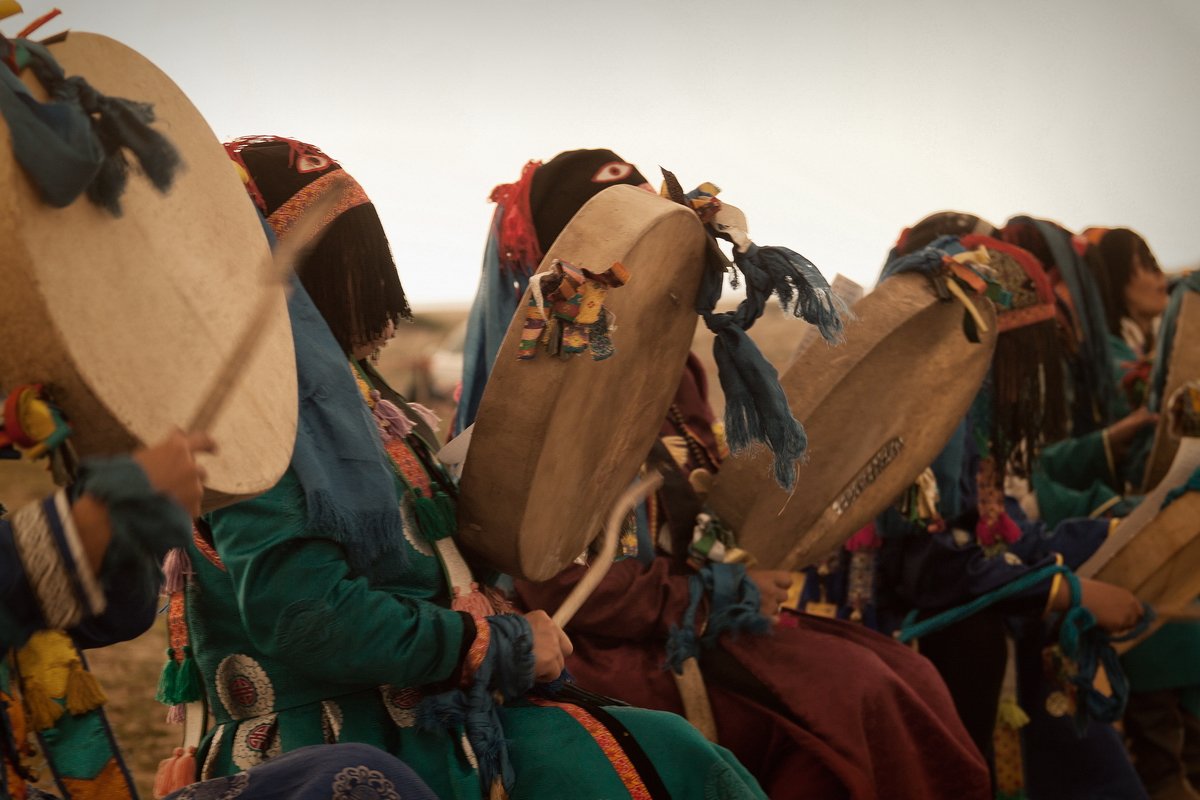 Spirits, unlike gods, can be encountered by people anywhere. And if one is not cautious enough, an evil spirit can easily cling to a person.

It should be taken into account that spirits do not like public places, settle in abandoned yurts or houses, at crossroads, natural objects - forests, mountains, caves... There are especially many of them on the cemeteries.

Spirits can quarrel with people due to improper behavior of a human in the dwelling of the spirit. For example, you should not scream out loud in the wild, especially at night, or throw litter, or get drunk...

Sucking onto a person’s energy, evil spirits can cause diseases, weakness, health problems, including death. Each deceased gives more power to the “albin,” and, therefore, makes the spirit even more dangerous.

Some spirits “specialize” in causing harm to children - the most defenseless of all human race. Evil werewolf spirits – “ada” - send diseases and even deaths to the little ones. Both “anakhai” and “dakhabari” also hunt children.

Young men can be caught by “Muu Shubuun” in the woods or steppes. The spirit tries to seduce guys, so that devour their souls and suck their brains through the holes made in the skulls.

“Bookholdoi” go hunting after sunset. They move in groups, brawl, lead the travelers astray or throw them off the horse. If “bookholdoi” get into a human home, then they will frighten people by knocking or strange sounds.

Evil spirits are all the more dangerous because they can seize human souls. In this case, the spirits will push a person to immoral behavior – getting drunk, leading a licentious way of life, conflicting with others. They can cause simply discomfort, insomnia, obsessive visions, as well as accidents.

Fighting the lower spirits is one of the goals of modern shamans.