Baikal is the Birthplace of the First Civilian School of Siberia

The need for opening a school of navigation and geodesy in Irkutsk was undoubtedly more than three centuries ago: one of the most strategic objects for shipping and study – Baikal – was located near the city.

There are many interesting documents in the collection of the Irkutsk Regional Museum of Local History, including the distribution list of the Irkutsk Navigation School dated by 1772.

This educational institution (under different names) existed in the city from 1745 to 1835. It can be considered the first civilian, not religious, school in the capital of Eastern Siberia that laid the foundation for the initial vocational training of navigators and surveyors-mapmakers.

The Reasons for the Creation of a Navigation School in Irkutsk 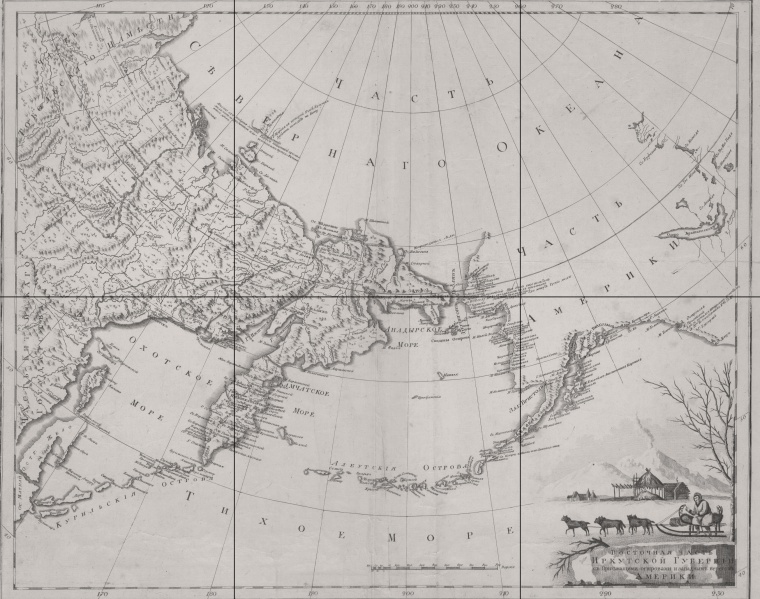 The purpose of creating a specialized school becomes pretty clear, if we recall the meanings of the words “navigation” and “geodesy”. The first is derived from the Latin “navigo”, which means “sailing on a ship”, i.e., in general terms, this science explains the basics of routing and ship handling. The second word means “land surveying”, or the science studying the size of the Earth and the shapes of its surface, which was extremely important for making plans and geodesic maps.

Now let's recall that the idea of ​​Emperor Peter I concerning the development of Russian territories was still being implemented even after the death of the Sovereign. The implementation of the plans of the II Kamchatka Expedition and the secret Nerchinskaya Expedition required a large number of various specialists - navigators, boatswains, shipbuilders, surveyors... Otherwise, who would study the unknown Siberian lands, develop the Pacific Ocean, make maps of new lands? And the specialists were needed right there, on site, and as quickly as possible.

The Captain Commander of the Russian fleet Vitus Bering expressed his thoughts about the creation of navigation schools in the east of the country.

Irkutsk turned out to be an extremely convenient strategic point. The city was engaged in managing the vast territories of Eastern Siberia; it was the center that “let through” the expeditions sent to the north by the authorities, it played the role of a new big trading point: first of all, it was connected with the need to provide food for the garrisons, fortresses and jails located along the north-eastern coast.

Above all, Baikal was located close to the city, and, therefore, the experts were urgently needed both for the development of navigation on the lake, and for the recording of grasslands and arable land.

The need for opening a school of navigation and geodesy in Irkutsk caused no doubts.

The Twists and Turns of almost a Century of History

The Water Routes of Lake Baikal

The institution under the name of the School of Navigation and Geodesy was actually opened in Irkutsk on August 1, 1754. According to historians, its building, a wooden one-storey log building of a barrack type was then situated outside the city limits, in the area of ​​the so-called Soldatskaya Sloboda  (“Soldier’s Quarter”). The surroundings contained newly built houses of ordinary people, shops, a house of a battalion commander and soldiers’ barracks, a new prison fort and a hospital with a Russian bath and a kitchen, as well as a garden. If you try to link this place to modern reality, then it will be situated on the crossroad of Lenina, Karla Marksa and Marata streets.

One of the first teachers the Irkutsk School of Navigation opened in 1745 was appointed “the Secretary of Economy of Irkutsk province, the Swede Johanna Brockman who demonstrated great diligence and even ingenuity in supplying the school with the necessary teaching aids”.

After 1754, teachers began to come from St. Petersburg; and in 1756 the Navigator Mikhail Tatarinov sent from the capital admiralty was appointed the school supervisor.

It was Tatarinov, experienced land surveyor and seaman, who brought the school to the greatest success; for this merit its leader received the title of second major. Tatrinov was holding this post from 1756 to 1783 (according to other data, 1784), governors described him as “a proactive man well aware of the marine affairs”; he reorganized the teaching methodology and managed to ensure the assignment of officer ranks to the best graduates. Navigator Pushkaryov - the author of the first map of Baikal – also started teaching at the school.

However, the situation in the country was gradually changing. Alaska ceased to be the sphere of Russian state interests, new land routes that were more accessible were formed, so the urgent need for navigators and surveyors disappeared.

In 1835, the State Council decided to close the Navigation School in Irkutsk.

During the work of these institutions, more than 300 land surveyors and navigators graduated from the school and specialized classes.

The authorities sent the experts who graduated from the Navigation Department to study and describe the river routes, the graduates were also appointed navigators who mostly traveled around the Sea of ​​Okhotsk and Baikal; and some of them had the opportunity to go to the capital - to continue education or serve in the fleet.

The graduates found the ways to apply to their knowledge not only in the marine and geodesic services, but also in mining practice. The names of many graduates of the School of Navigation and Geodesy who participated in the development, description, and study of the north-east of the country are forever lost.

However, there are personalities whose contribution to the development of the Baikal region is widely known.

Anton Ivanovich Losev is a land surveyor, geodesist, mapmaker, geographer, local historian and chronicler, architect; he is considered the first expert Irkutsk architect, the author of numerous projects of buildings and churches of the city.

Ivan Efimovich Kozhevin is an Irkutsk land surveyor, geodesist, draftsman, a member of the expeditions of the Professor I.Redovsky and the researcher of Sibera M.M.Gedeshtrom.