Many lines of author’s poetry in our country became folk songs after a certain period of time. One of the most stunning examples of this phenomenon is the song titled “Glorious Sea, Sacred Baikal”.

The text of a work with the meaning similar to the above-mentioned song was titled “The Thoughts of a Fugitive on Lake Baikal” and was written by the local historian, teacher, writer, resident of Verkhneudinsk (now the city of Ulan-Ude) Dmitry Ivanovich Davydov in the middle of XIX century. The work’s musical interpretations became known literally after a decade; it is believed that the unknown prisoners of the Nerchinsk mines were the first to compose the musical accompaniment.

The song consists of the words that are seemingly clear to everyone, but have we ever thought about their semantic content? Let’s try to “uncover” the layer of historical information and see what we’ll get.

The Glorious Sea - sacred Baikal,
The glorious ship - an omul barrel.
Hey, Barguzin, move the sea,
The guy’s way is not that long.

First and foremost, let’s pay attention to the definition “glorious sea”. The man who sang these words knew the traditions of the local population perfectly well, he knew that they were not allowed to humiliate Baikal by calling it “a lake”.

Buryats and Mongols in called it “baigal” “dalai” at the beginning of XVII century, where “baigal” means “existing, natural, native”, and “dalai” – “sea”. It is interesting that in the Mongolian versions “dalai” is translated as “universal, almighty, supreme”! And the Tungus call Baikal “Lamu”, i.e. “sea”. In Chinese Baikal sounds “Bei-Hai”, which is translated as “northern sea”.

What does a barrel have to do with it? 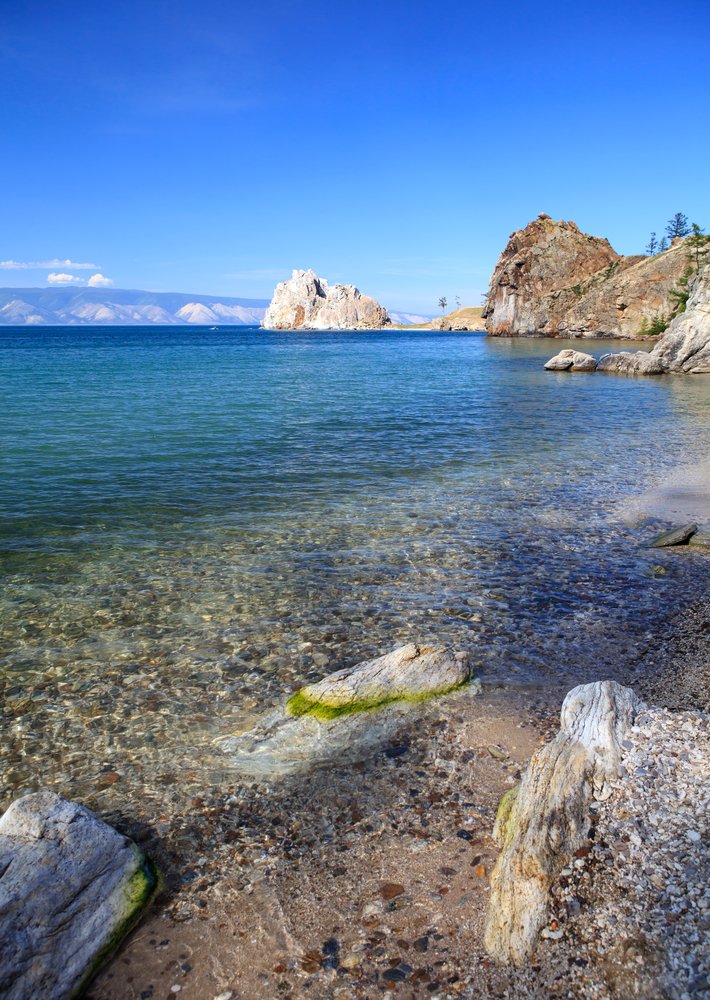 The detail about the omul barrel is of particular interest. It’s not just a matter of rhyme. If you refer to the original content of the poem by D.I. Davydov, it is clear that the barrel was really used as a vessel. Such historical examples were known at that time.

Above all, there is also the most interesting Baikal legend about an omul barrel: two mighty winds-heroes - Kultuk and Barguzin - threw their toy, an omul barrel, just for fun: the barrel floated in some direction, and the shoals of omul went after it, as if asking to be put into the barrel. And when the heroes met, they began to play and throw the barrel, in order to see whose barrel will gather more fish going after it. However, the time came when each of them decided to ask the mighty Sarma - the mistress of Maloe More - to marry either of them, then she set the condition:  the one who brings a barrel to her will become her husband. The heroes were equal in force, and such a powerful struggle started between them that the mighty Baikal hid the barrel far away, so that the friends would not become foes.

The reference to the name of Barguzin can be an evidence of the approximate place where “a fleeing convict came to Baikal”. The Barguzin wind itself is typical for the middle, central part of the Holy Sea and mainly blows from the Barguzin Valley towards Olkhon.

I have worn ringing chains for a long time,
I have wandered in the mountains of Akatui for a long time.
An old friend helped me to escape,
I came to life feeling the freedom.
Shilka and Nerchinsk do not frighten me now,
The mountain guard has not caught me.
Gluttonous beasts did not touch me deep in the forest,
The shooter’s bullet flew past me.

Akatui, Nerchinsk, Shilka are all toponyms of the Transbaikal region of the Russian Empire that literally frightened Russians in the 18th and 20th centuries. This was connected not only with the unique remoteness of these lands from the central part of the country, but, first of all, with slavish hard work in the mines: these settlements were created for the supply of labor force. There were special prison casemates at each factory or mine. This was the way they created the “famous” Nerchinsk penal establishment that stopped operating only in 1917.

The imprisonment with hard labor as a form of criminal punishment has been used in Russia since the time of Peter I and has been given for grave crimes, for example, crimes against faith, state, order of government, life, health, honor... Accordingly, even after “political” convicts came to penal establishments, the prisoners could only frighten ordinary people. Therefore, many prisoners had to wear “ringing chains” - shackles (iron or steel bracelets connected by a chain that were put on hands or sometimes feet of prisoners to limit their movements, this was also a form of punishment).

The way of fugitives away from hard labor penal establishments can’t be called easy. They had to fear not only the hard route and wild animals, but also people. And the most horrible danger was not presented by those empowered with certain functions, like that of mountain guardsput on some mountain passes for catching prisoners escaping from prisons and hard labor establishments, but these were “bounty hunters”. Therefore, the following lines provoke certain doubts:

I walked during the night and during the day,
Around the cities, carefully looking around,
Peasant women fed me with bread,
The guys supplied me with wild tobacco.

Such a situation could rather happen in Central Russia. Siberian villages, on the contrary, suffered from the mass appearance of vagabonds! The term “varnak” is a Siberian slang word, and it does not convey any affection. The residents of Siberia word was used to call convicts. And the relationship between the fugitives and the Siberian population can be called war rather than friendly help. Arson, robbery and murder regularly committed by “varnaks” drove the Siberians into such frenzy that they had to apply the most severe lynch-law to the criminals.

Nikolai I was the first to issue a decree on the reward of 5 roubles given for a caught runaway criminal. And the Siberians “legalized” a special form of fight against the fugitives – “hunt for hunchbacks”. In fact, this was a terrible reprisal against vagabonds who were simply shot like animals, without finding out whether they were guilty or not.

So, we should only hope that the “guy” in the song will reach the coast he is heading to!