Baikal is of great interest to the researchers from different scientific fields. The sacred lake has been praised in the works of poets, prose writers and music composers. Film directors also did that and presented the magnificent movies with Baikal as their main character to spectators.

The Soviet musical comedy tells about the adventures of a television group that comes to the fishing farm of the chairman Kalach, in order to shoot a story about top-quality staff members. On the way the group is intercepted by Senka Lapin and his friends. They want to show to new visitors not only the beauty of Lake Baikal, but also the terrible conditions of work and life of ordinary fishermen.

The legendary French explorer, oceanographer, inventor and his team created an incredibly interesting and beautiful film about the Sacred Lake. The movie completes the famous cycle “The Cousteau Odyssey” and is dedicated to the memory of the great Captain who died during the editing works on the movie. This movie is definitely worth everyone’s attention. 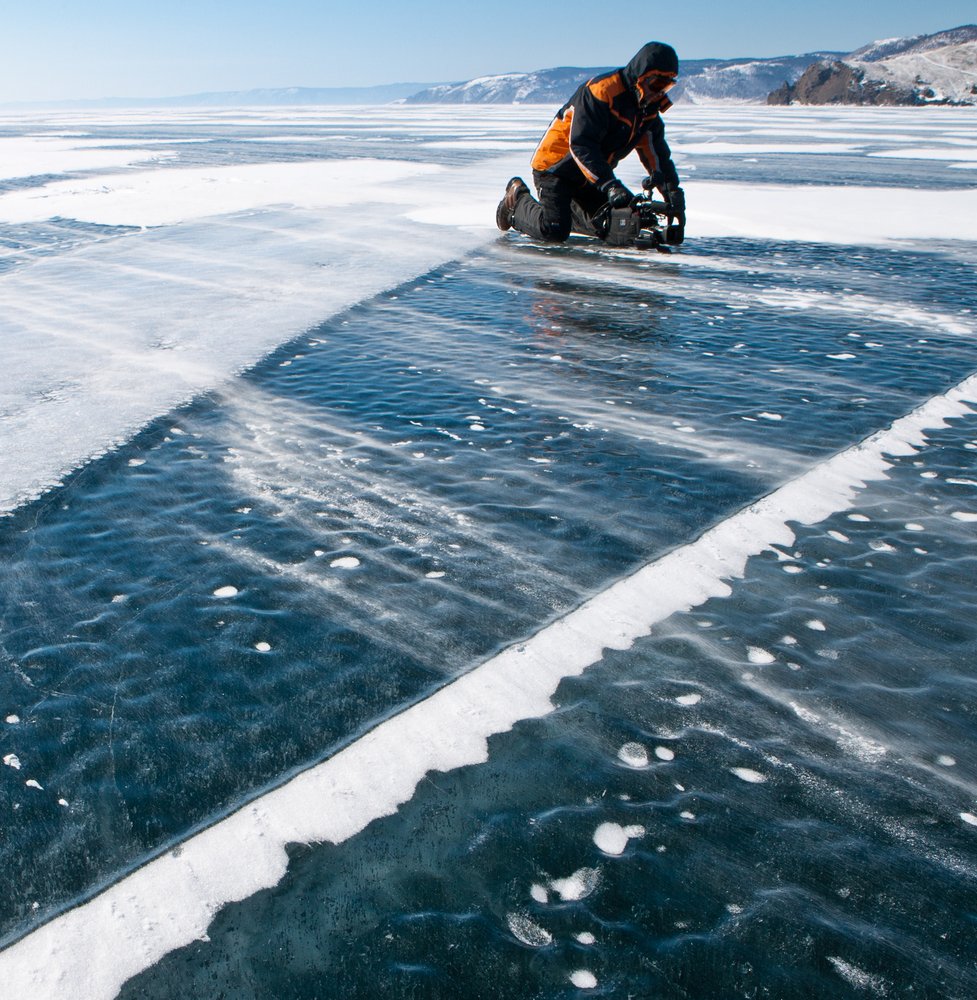 This popular scientific video series is one of the most popular screen adaptations of the Baikal nature.

The film consists of 3 parts:

2. “Fauna of Baikal Coasts and Mountains”;

All three fragments of the series literally carry the viewer into a stunning, unique world. You will familiarize yourself with the history of the purest and deepest lake on the planet, learn more about its flora and fauna. You’ll get a clear idea of the landscape and climate of Lake Baikal, learn interesting facts about it.

A feature film with the participation of Evgeniy Grishkovets is called “the most Irkutsk” film. The action takes place in the village of Listvyanka, in the “Mayak” hotel. Most actors came from Irkutsk and Kemerovo. The plot of the picture is detective and really intriguing. You can be describing it for a long time, but it’s better to watch the film once, is not it?

“... to Baikaaaal, to Baikaaal ...” – many people sang along with this song after the premiere of this film. This easy summer romantic comedy will give you a huge charge of positive energy. The plot of the movie is simple and unsophisticated: four friends help Valentin (a student at the St. Petersburg Institute of Cinematography) to shoot a film about the Sacred Lake. At the same time the company is constantly caught in ridiculous situations.

If you want to enjoy the beauty of the Baikal territories, listen to the local tales and learn things about the peculiarities of having rest at the lake (which are certainly not mentioned in guidebooks), then be sure to watch this film.

This short film lasts only for about half an hour. But during this time you will learn a lot of interesting and useful information. You will have an opportunity to admire the Baikal ringed seals and the Lake’s unique beautiful nature. Local residents will tell about the peculiarities of their everyday life. And shamans will tell stories about priceless treasures hidden in the depths of Lake Baikal.

The movie is shot in the form of an exciting movie journey. You will find yourself in the very heart of Russian Siberia and in the endless Mongolian steppes. You will pass along the route of the film expedition that made up 10,000 kilometers and went along the vast picturesque space of the Baikal water basin. You will see nature reserves and national parks, the largest cities of the region and the peoples living in these places.

“Mysteries of the Lakes around the World” 2015

The French documentary about the great Baikal is included into the cycle of films about the 5 largest freshwater lakes in the world: Nasser, Tonle Sap, Lencois Maranhenses, the Great Salt Lake.

This enchanting film surrounded by the atmosphere of mystery that immerses the viewer into the unique animal, plant and underwater world of the Sacred Lake. In addition to amazing landscapes, you will learn many interesting facts about Lake Baikal.

A feature film with the participation of Sergei Bezrukov and Marina Aleksandrova that was shot on the island of Olkhon. This New Year comedy is full of merry, sad and mysterious moments of the history of a family. The marriage was already on the verge of destruction, but thanks to some kind of unexplained forces, loving people still stayed together.

The residents of Irkutsk were involved in the crowd scenes during the shooting process. Be sure to watch this movie and maybe you’ll see one of your old acquaintances there.

The film is called a “documentary film about the paradise disappearing before our eyes”. A team of professionals shoots the material about the concerned people who are trying to preserve the heritage of nature - the Great Baikal.

The main part of the picture has already been shot. However, the film crew needs help to process the material and release the film on screens. Therefore, a fund-raising project for completion of the film editing was launched on the “Planeta” fundraising platform. Everyone can contribute to the project.