Volunteer’s Diary: How to Stop Postponing and Start Acting

© Photo: www.depositphotos.com
I have no company, I don’t know where to start, I have never been hiking: these are only several reasons why you have not yet become a volunteer. The author of our new #volunteersdiary Ekaterina has told how she managed to overcome her own fears and come to Lake Baikal from Moscow, so that to make the lake a little cleaner.
Ekaterina Taskaeva
architect and volunteer

Many people dream of visiting Baikal. However, there are many reasons why people don’t fulfill the dream. For some, the flight is too expensive, besides, its cost during the short Baikal summer is two times higher than in the off-season. Others are frightened by the lack of proper infrastructure (good roads, five-star hotels, decent restaurants and entertainment) around the lake. Personally I had no company. I just didn’t know what I would do if I came to Baikal alone. Sign up for some kind of hike? I am no good hiker: I am not even able to walk 10 km with a backpack; rowing in a kayak in a still water, even with a headwind, did not inspire me in any way. All of a sudden, I saw an advertisement about recruiting volunteers to Lake Baikal. And I thought it was a chance for me. I have never been a volunteer before, although I sympathized with many things they were doing.

Do you suppose that I immediately called the GBT and signed up as a volunteer? No, my path to GBT was thorny. First, I studied all the volunteer campaigns that were held on Lake Baikal, and came to the conclusion that GBT was the largest and oldest of them, nevertheless, I decided to try myself as a volunteer in another project. 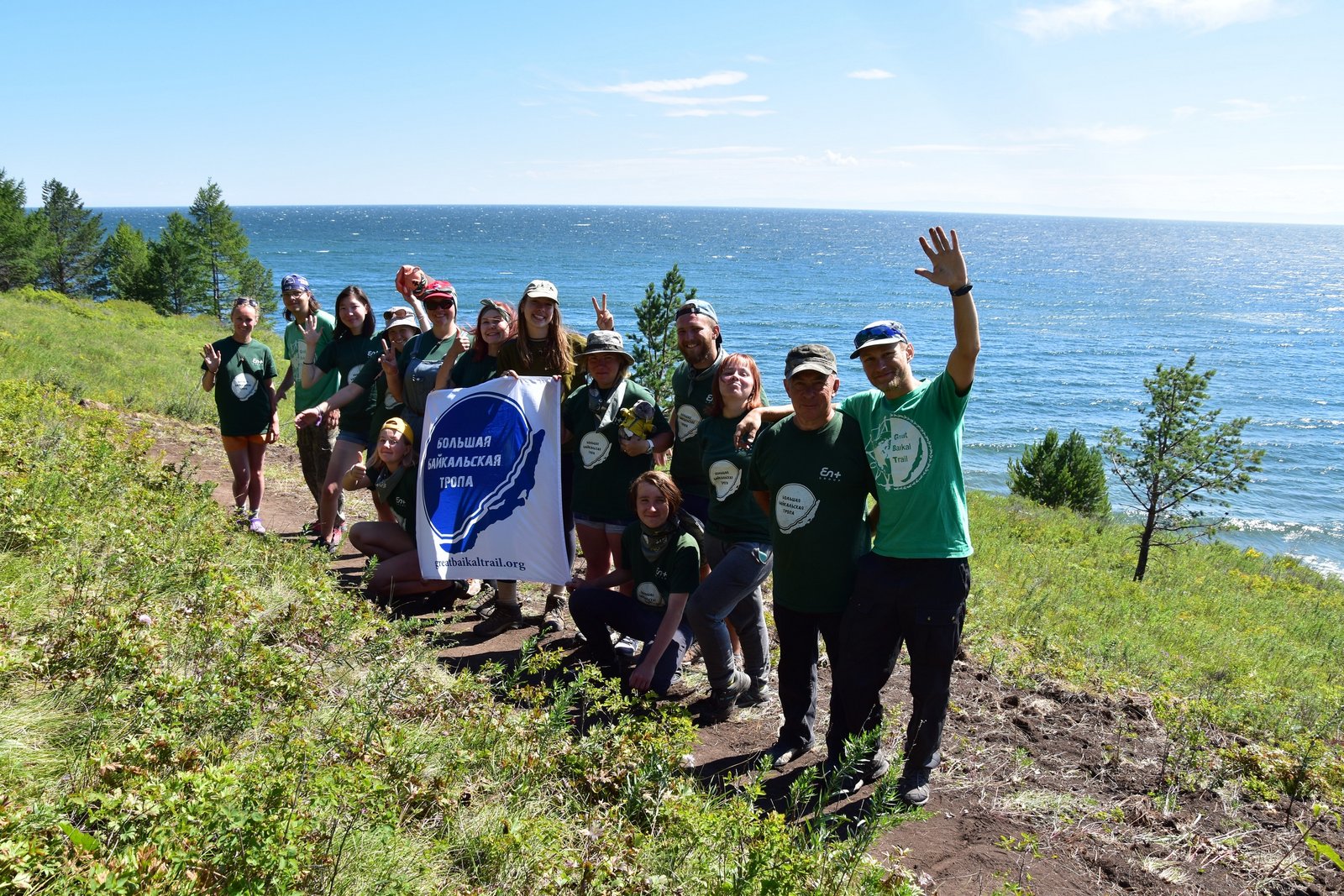 However, everything went wrong from the very first hour of my stay on the Siberian land. On the first day of my volunteering I understood that everything was completely different from what I had imagined in Moscow. Baikal was somewhere far away, the organization of activities was terrible, the atmosphere was embarrassing. This was not the way I was planning to spend two weeks of rest on the most famous lake in Russia (and maybe in the world), I did not know whether I would be able to return there someday later.

Suddenly my luck was beginning to change. It happened so that one of the GBT projects was being held somewhere close at the same time, so I asked if I could participate, without any hesitation. Everything worked out. The team had a free tent, a significant supply of food, in addition, there is never any lack of work in that project. Truth be told, I had to walk with my backpack exactly as far as 10 km.

What did I know about the problems of the Baikal reserves? I knew nothing. I did not even know what a hiking trail or an eco trail was. Well, people constructed trails, probably, because they liked this activity! Yes, the trails are great, because it's more convenient to walk on them than just through the forest. That's all. It turned out that the construction of eco trails was not just a separate science, but also a universal solution for all protected areas

Another unobvious discovery: 1000 people who walk along the trail on the territory of the reserve trample, break, and do other harm 100 times less than 10 people who pass along the same route in a chaotic way. For the same reason, trash will be accumulated along the trail, on organized parking sites, and it will be easier to clean these places. The trails also stop the spread of creeping forest fires. Moreover, this is not a complete list of advantages.

What One Should Expect from Volunteering

So, my team consisted of 14 people, including the team leader himself, his assistant and translator. Yes, there were foreigners in my team: a university graduate from Australia Emma and a very young American girl Sasha. There were even teenagers on our team – Vanya with his mother and grandfather from Saratov, and Masha with her mother from St. Petersburg. There was also a young couple from Syktyvkar and a girl from Ufa. Thus, I was the only resident of Moscow, even not a native resident of the capital.

Now GBT runs many projects related to the maintenance and restoration of trails built by the project before. It happened so that the nature reserves with the trails made by GBT are not willing to support the infrastructure donated to them by volunteers. And the participants of GBT are responsible, they cannot not let the trails made by them be destroyed.

It turned out that I was fortunate enough to work as a pioneer, in the place with nothing but blue landmarks installed during reconnaissance a year or two ago.

What did we do? We cut shrubs, removed thorns and sub-soil, cut tree roots, picked the stones and rolled them down the slope; some of the stones were as heave as a huge piano. The coasts of Baikal are rocky indeed. In some places the slope incline amounts to 60 degrees.

In addition to a crowbar and a sledgehammer, there was another tool for a team leader - a chainsaw. Generally, all the work was done with pickaxes and shovels. But there were several unusual tools: pulaski, Macleod and very large pruning scissors - loppers. The work was not easy, despite the fact that we were given 6 hours with breaks, and we didn’t go to the trail on rainy days. On the other hand, you work as much as you can. Only conscience urges you. It makes no sense to do something in an improper way. If you are tired, get some rest; if you are sick, stay in a tent: this is not an office - no one will judge you.

At first, I was unaccustomed to such physical load, and all I wanted was to eat and sleep. Then I got used to it. I even began to draw sketches. When the days were sunny, windless, we could swim. Well, swimming is not the right word. In my case, it was sneaking up to a depth of no more than a meter, walking on the rocky bottom, bracing myself up and squatting down, then jumping from the water after a moment and clumsily shuffling my feet flip-flops (the latter tended to float up) in search of my towel.

To sum it up, I tell you that at the end of the project I also visited Olkhon. However, the sand-steppe island did not impress me after the northern coast. There were too many people and widespread traces of their irresponsible stay on the island. Only a forest of crooked pines and larches on the sand dunes north of Khuzhir loved by campers gave me some pleasant memories. It is probable that I was some kind of forest animal in my past life. Next time I will have to come to Baikal to walk along the trails of GBT, because I built them for some purpose!