There will be enough water for everyone!

Irkutsk environmental community is angry and outraging. A plant for bottling and producing bottled Baikal water is being built in Kultuk, a small village on the coast of Lake Baikal. “Key to Baikal” learned to know how it will influence the lake water.

Kultuk is a small village in Slyudyansky district of Irkutsk Oblast, on the coast of Lake Baikal: pretty much in the place where the Angara flows out from the lake, on the river’s left bank. The majority of the residents of the region are outraged by the information that the water will be sold to the PRC: they are already saying that we are “selling Baikal to China”. That is why we addressed an unusual expert to comment on the situation: this is the political analyst Galina Solonina, the author of the recent much-talked-of article titled “Does Russia Give Baikal to China?” concerning the expansion of Chinese business to Siberia.

I think that the main principle should be the following: “we will not take another square foot of land from the nature”.

Key to Baikal: The concept of Baikal is inseparable from the concept of “environment”. To what extent is it admissible, or rational, or is it just safe to build any production plant on its coast?

Galina Solonina: The question is not about the production. For example, let us take Severobaikalsk: the city has a complete set of enterprises needed for any city - food processing, repair plants, etc. There are gas stations, communal facilities, road construction works. This is a real Baikal place with amazing landscapes. Besides, Baikalsk has been called a “city-plant” until recently. The Trans-Siberian Railway runs along the coast of Baikal from Posolsky Sor Bay to Kultuk. This is infrastructure, besides, it is even more dangerous than a water pressure station. It is a big question whether it is acceptable to place infrastructure facilities there or not. But this one has already been placed. And people already live on the coast of Lake Baikal. Therefore, now it is too late to ponder about this question, there are other tasks that need to be solved: to minimize the anthropogenic load, to prevent the human influence get to the places that are still not spoiled by people. I think that the main principle should be the following: “we will not take another square foot of land from nature”.

For reference: During the year of 2016 the project of the AquaSib company has undergone construction and state environmental expertise. The decisions were positive. In early 2017 the company got permission to start the construction. The project was supported by local residents at public hearings. 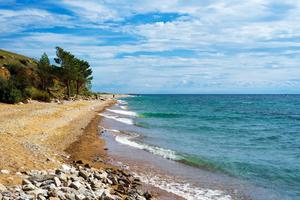 How to Support Lake Baikal: Instructions for Those Who Care

Key to Baikal: We suppose so. However, they are building a new plant for the production of bottled drinking water. The public outrages: do they care about the cleanliness of the coast or just hate the thought about the expansion of Chinese business to Siberia?

Galina Solonina: If we put populism aside, we have to admit one simple thing: when people oppose Chinese expansion, first of all, they are speaking about illegal Chinese businesses that may be constructed according to the cruelest rules: pumping out resources without taking into account the interests of the environment of Lake Baikal, local population, budgetary system of Russia, without taking care about the future. We know the way this works well enough. There were extensive Chinese plantations around Khomutovo:  greenhouse farms with the products containing virtually every chemical element from the Mendeleev’s periodic table. We are still unable to plant anything there, for the soil is oversaturated with chemicals. There are also illegal forest and tourist businesses... All these involve the exploitation of the resources belonging to our state, not even in the interests of the neighboring state, but of a small number of its citizens.

Is the drinking water bottling plant is such a harmful project or not? It is still a mystery to our people. How much taxes does it pay? How many jobs has it created for the local population? On what conditions was the land transferred? Does it make any contribution to the protection of the ecosystem? All public dissatisfaction, in my opinion, is explained namely by the lack of understanding of the question whether this plant will give something to us. The issues of information support of the project were not properly solved, and here are the consequences.

It should be noted that AquaSib is the Irkutsk AquaSib company. The total investment volume is one and a half billion roubles. The first stage of production will be launched during the current year; the completion of construction is planned for 2021. The volume of bottled water production will make up 528,000 liters per day or 158,400 cubic meters of water per year.

Key to Baikal: Can pumping and bottling water do harm to the lake?

Galina Solonina: Of course, pumping water, bottling it and transporting it to China cannot damage Baikal. 1920 cubic meters of water flow out of the lake every second. Angara is one of the most powerful Siberian rivers, and if the Chinese drink a small amount of its waters, Baikal will not become dry. In my opinion, scientists once demonstrated the power of Baikal in a black humor style: they calculated that if all people on Earth were drowned in our lake, the water level would rise by about three centimeters. So the water bottling plant located in a place that has had no wildlife for a long time, but in fact, is an industrial zone itself, is not the worst solution.

For reference: Bottling drinking water from Baikal is recognized as an environmentally friendly production by the Ministry of Natural Resources of Russia: it does no harm to the ecosystem of the water reservoir. There are already several operating plants on the coast of the lake: their products are supplied not only on the domestic market but also exported to the countries of South Africa. 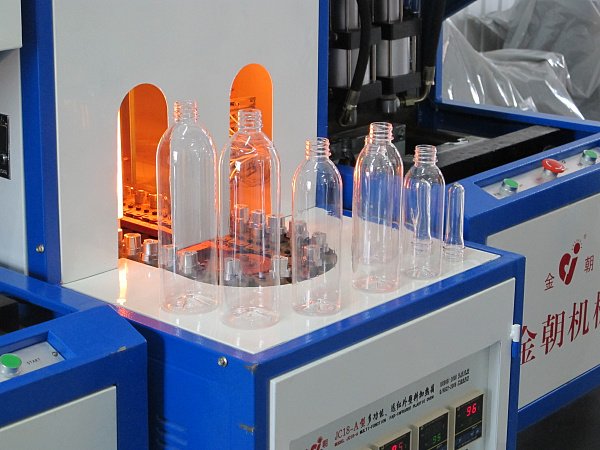 Key to Baikal: Does the launch of this facility have any advantages - taxes, jobs?

Galina Solonina: I cannot tell anything about the positive aspects of the project, because I do not possess such information. We all know the Heineken company that provided the island of Olkhon with garbage trucks and regularly donates money to collect and remove garbage from Olkhonsky district. We know En + Group with its environmental projects implemented on Baikal. We know the projects of the Eastern-Siberian Inland Navigation Company on the collection of bilge and technical waters from ships. We know the Ecoflot project and many other projects. But we do not know anything about the environmental projects of the new plant being built in Kultuk.

For reference: the plant will provide local residents with 150 new jobs. The construction of the first stage already employs 15 residents of Kultuk,10 people from Slyudyanka and 10 people from Irkutsk. In future, it is planned to employ only local residents at the production. Now the unemployment rate in Slyudyansky district makes up 1.45%, 322 people are registered at the employment office.

Key to Baikal: Construction has already begun. What should the “environmentally active public” do: protest, sabotage, control, or accept things as they are?

Galina Solonina: I think the environmentally active public has reasons to act like this. People ask questions because they need answers.