The Way Advanced Technologies Can Help to Rescue Lake Baikal

We had a talk with the young scientist Daria Bedulina about how Baikal endemics make it possible to assess the state of the lake now and in the future.

Environmental biomonitoring technologies are becoming one of the priority directions of biotechnology development in XXI century. And this problem looms large for Lake Baikal: a proposal for the reorganization of lake monitoring was made by the scientists of the Russian Academy of Sciences at a meeting with the Russian president last month. Vladimir Putin supported the proposal.

The problem of natural resources preservation is now more relevant than ever for the entire world. According to a recent study, the loss of biological diversity as well as the level of pollution in natural ecosystems already exceed the “safety margin” available to our planet. Besides, environmental pollution already threatens not only the Earth itself, but everyone living on the planet. A recent report by the Munich Security Conference (MSC) published on February, 2018, said: “Environmental pollution has directly or indirectly caused deaths of 6.5 million people in 2015. This number is 15 times larger than the number people who died in all kinds of wars and armed conflicts during the same time”.

Early and accurate assessment of the state of our ecosystem more and more often involves the use of essentially the same methods that are applied in the assessment of human health: specific biomarkers. The difference is that in case of humans such biomarkers can be molecules or chemical processes, and in case of ecosystems these are individual organisms and their communities. The study of such biomarkers is carried out by the Senior Scientific Research of the Institute of Biology of the ISU and Candidate of Biological Sciences Daria Bedulina. In 2013 Daria became a prize-winner of the Russian Federation Government Prize in the field of science and technology for young scientists; today she is engaged in the project on the study of transcriptomic and proteomic biomarkers of Baikal endemics. “Key to Baikal” talked to the young scientist and found it out in which way modern projects can help the lake and why it is so important to monitor the condition of Baikal crustaceans.

Key to Baikal: Why do people talk so much about ecological monitoring of Lake Baikal now, is it really so important for the lake? 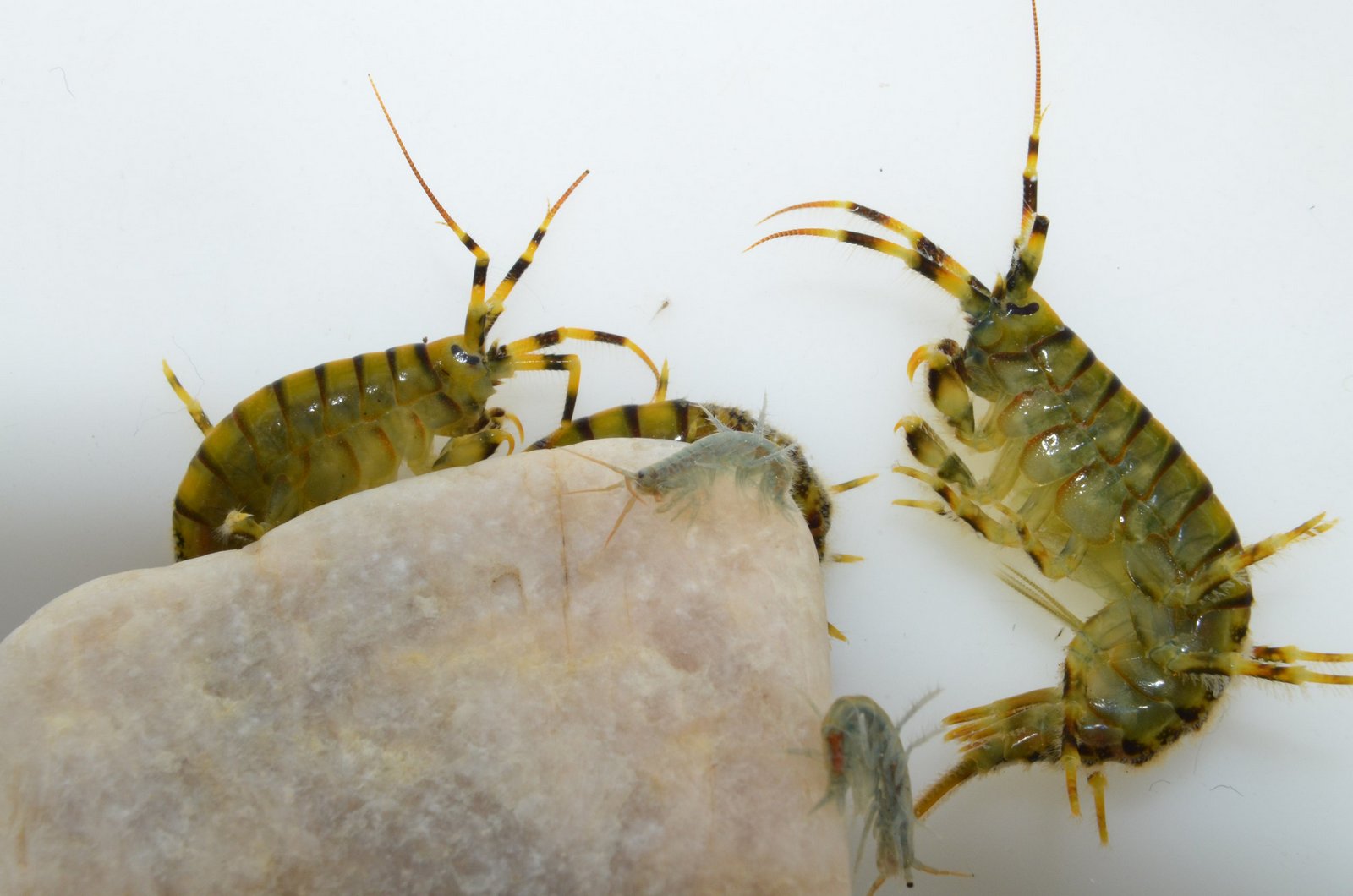 Daria Bedulina: It is extremely important for the lake right now, because the state of its coastal zone causes concerns of the scientific community around the world. The enhancement of anthropogenic load accompanied by introduction of large amounts of nitrogen and phosphorus into the lake, as well as other foreign pollutants entering the lake: heavy metals, oil products, components of cosmetics, detergents and pharmaceutical preparations,  all these are already leading to negative consequences. We can see them with our own eyes in many places of the Baikal coast in the form of accumulation of rotting algae and mass disease of sponges. In addition to direct human activity on the coast, global processes are also actively influencing the lake’s condition. In particular, global warming has already led to an increase in surface water temperature by 1.2 degrees over the past 50 years, which is twice as much as mean value everywhere in the world. The warming of the Baikal waters all the more enhances the toxicity of the pollutants entering the lake.

With regard to the evolving situation, scientists recommend to build a sewage treatment plant, update and monitor the operation of existing ones, ban the use phosphate-containing household chemicals as well as promote holding the events raising the awareness of the danger of phosphate-containing products entering Lake Baikal as soon as possible. The scientific community is recommended to consolidate its efforts in the development of a monitoring system, in particular, in the development of advanced technologies in this field.

If the methods of human health diagnostics are being actively developed, environmental monitoring technologies are significantly dragging behind, and environmentalists still use quite outdated methods which are often low-sensitive and do not take into account the specifics of different ecosystems. For example, Lake Baikal is inhabited by ancient, endemic fauna of the lake requiring the development of methods of ecological monitoring that take into account this uniqueness. Besides, Baikal endemics are very sensitive even to low doses of pollutants. For example, one of our recent studies has shown that ultra-low doses of cadmium salts (the toxic component of batteries and rechargeable batteries) can cause metabolic depression in the Baikal crustaceans, which is a threat to their growth, feeding, breeding, and can have extremely negative consequences for the lake. So that, to forecast the results of pollution, global warming and other environmental challenges of the new century threatening Baikal, we need to create an instrument for accurate and highly sensitive assessment of the state of Baikal endemics. In the course of our study we are developing such modern tools.

Key to Baikal: You mean that, judging by the state of Baikal crustaceans, one can draw conclusions on the state of the entire lake? 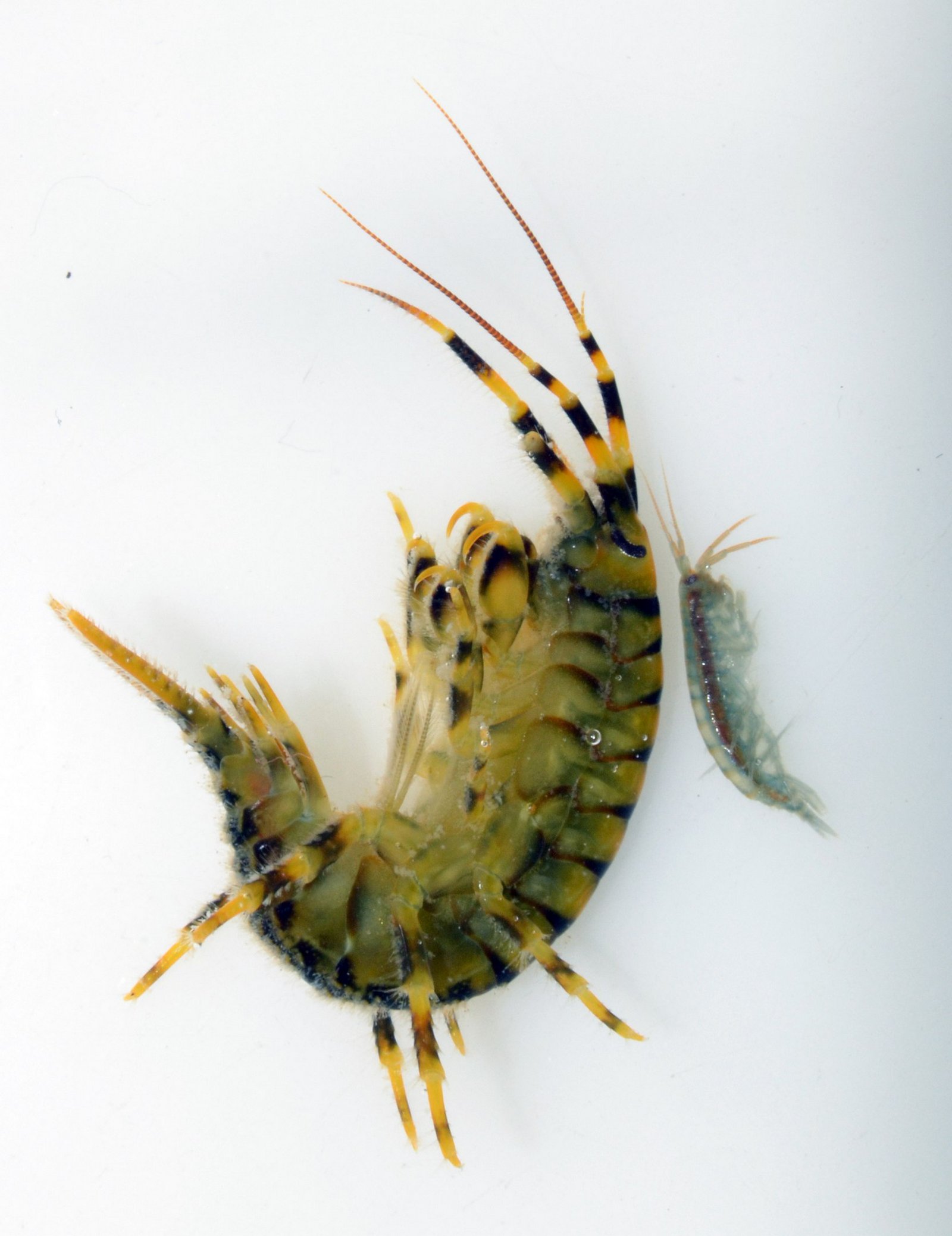 Daria Bedulina: The answer is “yes”, and, we pay special attention to Baikal amphipod crustaceans among all the diversity of Baikal organisms, because these crustaceans represent the bulk of the population of the bottom of Baikal, and are very easy to monitor: masses of them live under rocks ,their species are easily identified, they can live in the laboratory. Amphipods in Lake Baikal serve as bottom cleaners; they are the unique attendants of the lake. Moreover, they play an important role in the circulation of matter and energy in the bottom communities, therefore - in the functioning of the entire lake ecosystem. The purity of Baikal water depends namely on this. For many years we have been studying the biochemical and cellular responses of amphipods to various kinds of ecological stress: pollution, temperature rise, hypoxia and others, at the laboratory titled “Problems of Adaptation of Biosystems” at the Research Institute of Biology of the ISU, so that to  detects early signals of an ecological disaster with the help of Baikal crustaceans.

Key to Baikal: Tell us about the study itself, because it won the President’s grant at the beginning of this year.

Daria Bedulina: Our study involves the search for biomarkers of stress condition making it possible to assess all the cellular processes of a separate organism. This is the most effective and progressive approach in the era of postgenomic biology (the era that has come after people have mastered the technologies of reading and decoding genomes). “Omics” (derived from the word “om” taken from the Greek suffix meaning “inclusiveness”) is now becoming more and more popular in all fields of biology. Modern ecology is developing a direction titled “Exoposomics” encompassing all possible ecological stresses encountered by an organism in a specific ecosystem and all possible cellular reactions of organisms to them. Our study i being conducted precisely i in this field. With the help of the achievements of postgenomic biology we are trying to identify a complex of cellular processes that are triggered in response to various stresses. For example, the effect of pollutants.

Key to Baikal: How can this help the ecology of Lake Baikal?

Daria Bedulina: The use of the “omics” approach will allows us to identify mixtures of different pollutants and their concentrations. When we learn to know what processes exactly happen in the crustaceans when these are exposed to different pollutants, or other stressors, in the future we will be able to easily determine if the water was polluted and what kind of pollution this was, as well as find out if some agent (for example, a detergent or a cosmetics component ) is toxic to Baikal crustaceans, and therefore, poisonous for the entire lake in general.