Question 7: Is the regulation of the Baikal water level needed only for the operation of the HPP?

© Photo credit: www.depositphotos.com
This is the answer to the most frequent question arising in connection with the regulation of the water level of Lake Baikal.
Первый Байкальский

No, the Irkutsk HPP is the least powerful of the entire Angarsk cascade, a total of 662 MW, which is four times less than the second largest HPP - Boguchanskaya (3,000 MW). In addition to the three HPPs, there are nine powerful CHPPs in Irkutsk Oblast, and when their capacities are not enough,  the missing energy is bought from other regions, primarily from the energy-surplus Krasnoyarsk Territory (for example, in 2017 they bought 5.4 billion kW*h). 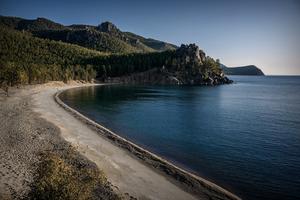 Question 3: Is it Possible to Control the Water Level of Lake Baikal?

The Bratsk water reservoir has been the main long-term level regulator of the Angara cascade of HPPs: the reservoir’s effective capacity exceeds 35.41 cubic kilometers, or almost 60% of the annual run-off of Angara. Do not forget that all the water reservoirs of the Angara-Yenisei cascade have a complex purpose and are used not only for the needs of the electric power industry, but also for water transport, fisheries, industrial and municipal-and-housing water supply, irrigation, forestry and recreation. As a result, energy, water management, socio-economic and ecological security of the territory including 12 constituent entities of the Russian Federation with an area of 5 million sq. m and a population of more than 20 million people, depend mainly on the operating modes of the HPP, and hence on the regulation of Baikal, Angara, and Yenisei.