© Photo: Great Baikal Trail
A new #volunteersdiary by Anastasia Malakhova who came to participate in the winter project of the Great Baikal Trail at the Baikal Nature Reserve and understood how each of us can influence the environment and why it is so important to travel in a meaningful way.
Первый Байкальский

We were greeted by real Siberian frosts:  minus 38 Celsius and an open-minded and friendly team of the Great Baikal Trail.

Thus the project “The Snows of the Baikal Nature Reserve” began one morning at the GBT hostel. And although it was not my first GBT project, I was still excited and did not know what to expect.

There were 13 people in the team this time. 13 different people from different places all over the world - from Melbourne to Melenki. And each of them is an entire world. Besides, we all gathered not only because of a dream coming true - to see winter Baikal, we also wanted to become a little closer to nature. 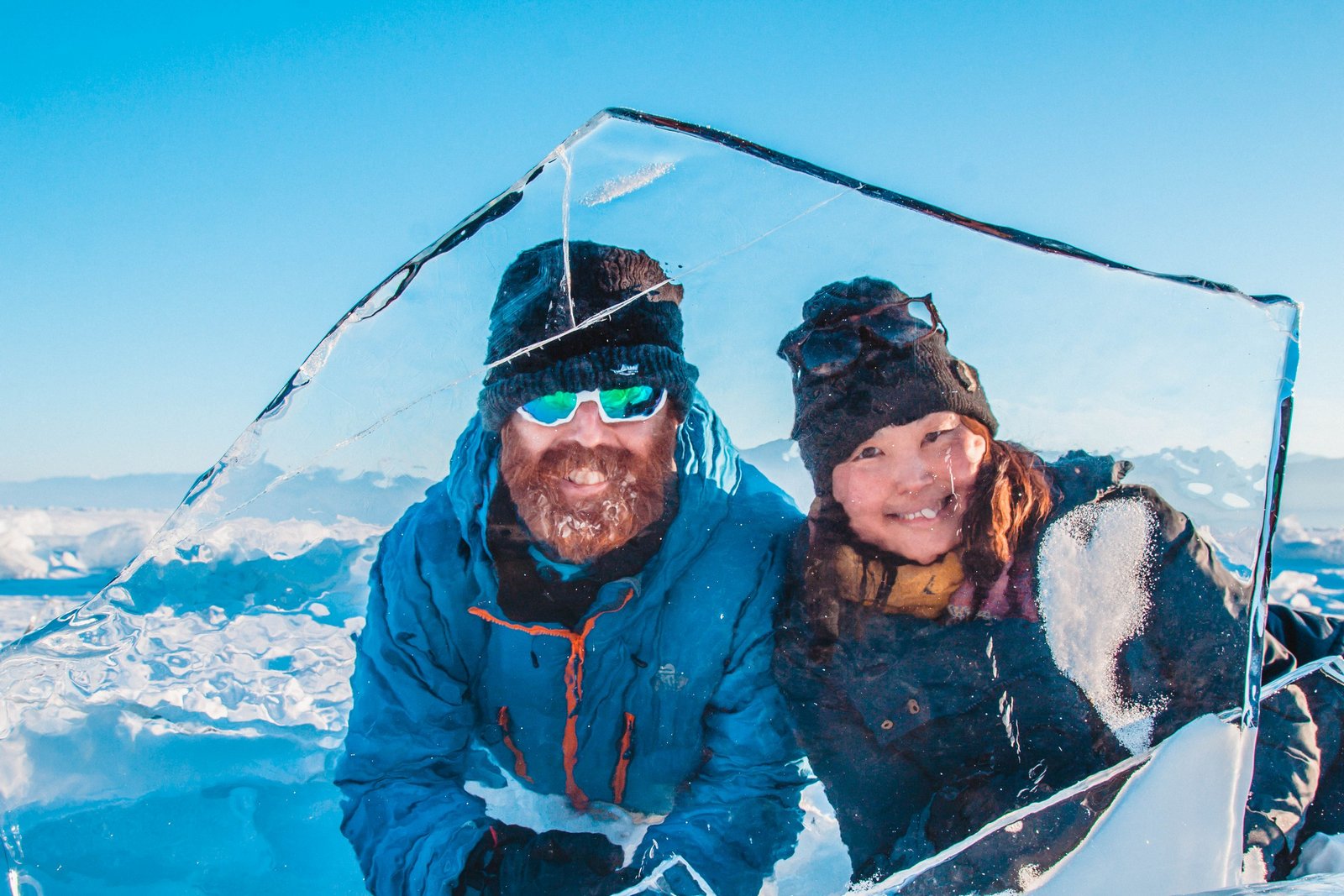 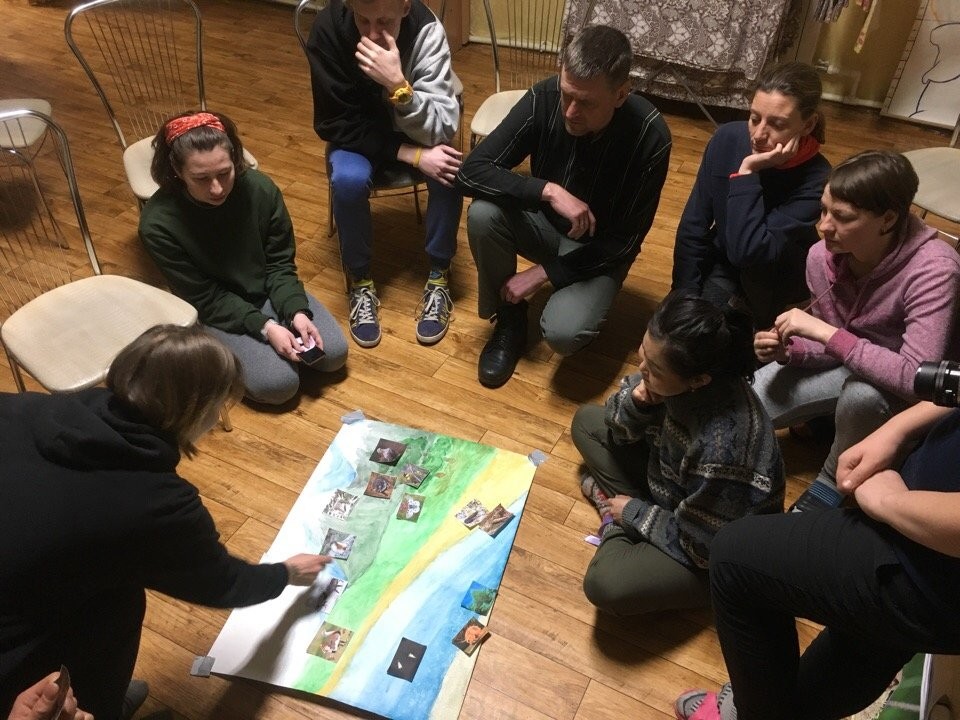 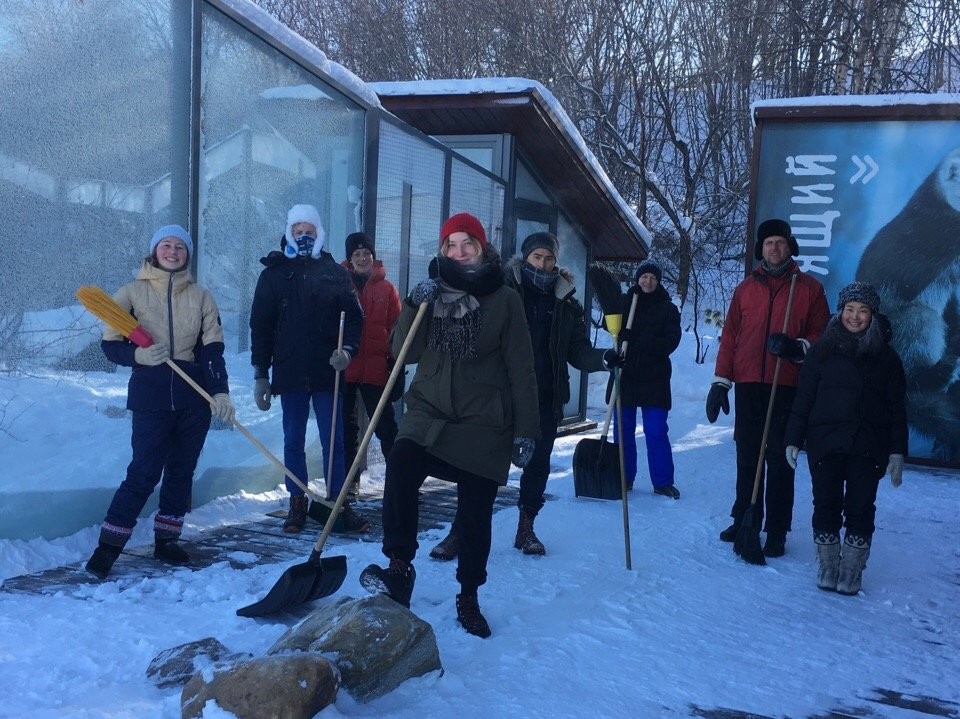 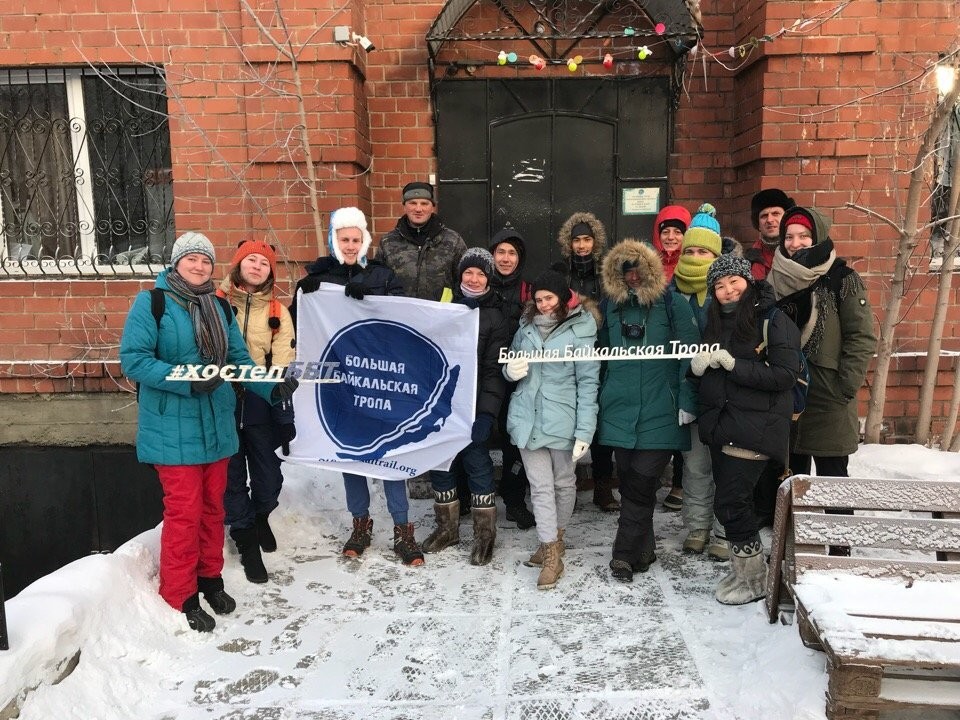 Before going to the Baikal Nature Reserve, we had to learn some things about Baikal and its ecosystem. We dedicated the first day of the project to this: we spent it in the famous village of Listvyanka. We visited the Museum of Baikal and finally saw the “one and only” famous Baikal ice. Having frozen our noses, but with hearts full of impressions, we returned to the cozy GBT hostel.

The first day of the project was one of the most important ones. Despite the fact that we did not work on that day, we understood why we came there. The employees of the GBT explained what we would do, but most importantly - for which purpose. After all, to be honest, I did not really understand the essence of the conservation system and the importance of nature conservation before coming to the project. On the next day, after a sightseeing tour of the city, we went to the other side of the lake, to the village of Tankhoi: the Baikal Nature Reserve is situated right next to the village.

The employees of the reserve determined what we should do every day. As a result, we cleared several trails, carried out overall cleaning at the visitor center, and even tried to be teachers, having conducted a class on ecotourism and the Baikal conservation system for the students of the Tankhoi school. Our friendly team built new benches and tested a new quest for the visitors of the Baikal Nature Reserve.

All this was not just work for the reserve, but also a benefit and help for nature. Realizing the fact that you are helping the lake and preserving it for future generations undoubtedly raises your volunteer spirit!

And, of course, the reserve made it all up: we went to sauna, went camus skiing, went on excursions to the two museums of the reserve and met a local wildlife photographer. In addition, we attended the presentation of the “Tough Fight” movie by M. Tarkovsky.

Entertainment has also become an integral part of our volunteering activities. Largely thanks to the Baikal Reserve, and in many respects thanks to ourselves. In the evenings, we organized presentations about the cities where we came from and just chatted about our experiences aside from Baikal. During such hearty evenings we managed to play “What? Where? When?” game dedicated to Samara Oblast, tasted Viennese cakes, watched videos about mountaineering in Magadan and in Khabarovsk, and finally, listened to еру poems written by Irkutsk residents.

We also engaged in a collective preparation of the Buryat national dish - pozas, woke up early to meet the dawn and played many board games. Besides, of course, we talked to each other over a cup of tea: winter Baikal is a good place for such talks.

Despite the eventful program, we had free time for having rest. The balance of the program was the merit of our project managers, Natasha and Natasha. Thanks to them, we were always full of energy and in a good mood.

The project time passed quickly and unnoticed, several participants who arrived at the GBT for the first time signed up for upcoming projects within a few days after the start of this one. I am also going to return to Baikal soon.

If I were now asked what this project gave me, I would answer that now I exactly know the way people influence nature. Thanks to the Great Baikal Trail, I finally pondered about the role of people for the environment and the way we can influence it.

I am happy that I was able to make a small contribution to the protection of Lake Baikal.

I express my deep gratitude to all the project participants, Baikal Nature Reserve and, of course, GBT workers for their contribution to the personal development of each of us and to the common cause. The Great Baikal Trail not only helps to travel around Lake Baikal, but fills the travel with special meaning.