A lot has been said and written about Baikal water. Its purity is admired by the scientists around the world. And the bravest of them are even ready to deduct a formula that will prove that Baikal water can be considered a reference standard.

A tripartite agreement between the Irkutsk SMC of the Federal Agency on Technical Regulating and Metrology, the Limnological Institute of the SB RAS and the Baikal Water Producers Association has been signed at the Baikal International Ecological Water Forum held in Irkutsk on September 14-15. The subject of the agreement has not been loudly announced among many fateful political decisions, but it is to some extent sensational from the point of view of ordinary people. Scientists have an unusual task: to develop the criteria that will make it possible to perform the most reliable identification of the reference composition of Baikal water extracted directly from Lake Baikal, from a depth of more than 400 meters. In simple words, they will need to deduct the formula of perfect water – the reference standard of the water of Lake Baikal. We have talked to the parties of the tripartite agreement.

The agreement was initiated by the Association of Enterprises Producing Deep Water of Lake Baikal - it was established in March of this year. As the representative of the association explained, this decision was caused by the fact that many companies now  use the name of the lake: “Baikal”, “Baikal Water”, “The Water of Baikal”, “Lake Baikal”, but have no relation to Baikal itself. There are only four plants producing deep water on the territory of Irkutsk Oblast.

Key to Baikal: Is not your way too complicated: a scientific research, a patent, a standard? Maybe it would be easier to determine that if a producer does not work on the coast of the Sacred Lake, then he has no right to use the word “Baikal” in the name of the product by default.

“No, even the composition of Baikal water can be different, limnologists should control the composition, nomenclature, water standard. Under laboratory conditions they determine whether the water is deep or it has been taken from a well, or from other sources” - the representative of the association explained.”

The Director of the Limnological Institute of the SB RAS Andrei Fedotov described the scheduled scope of work in more detail.

KTB: What does “reference standard of Baikal water” mean? 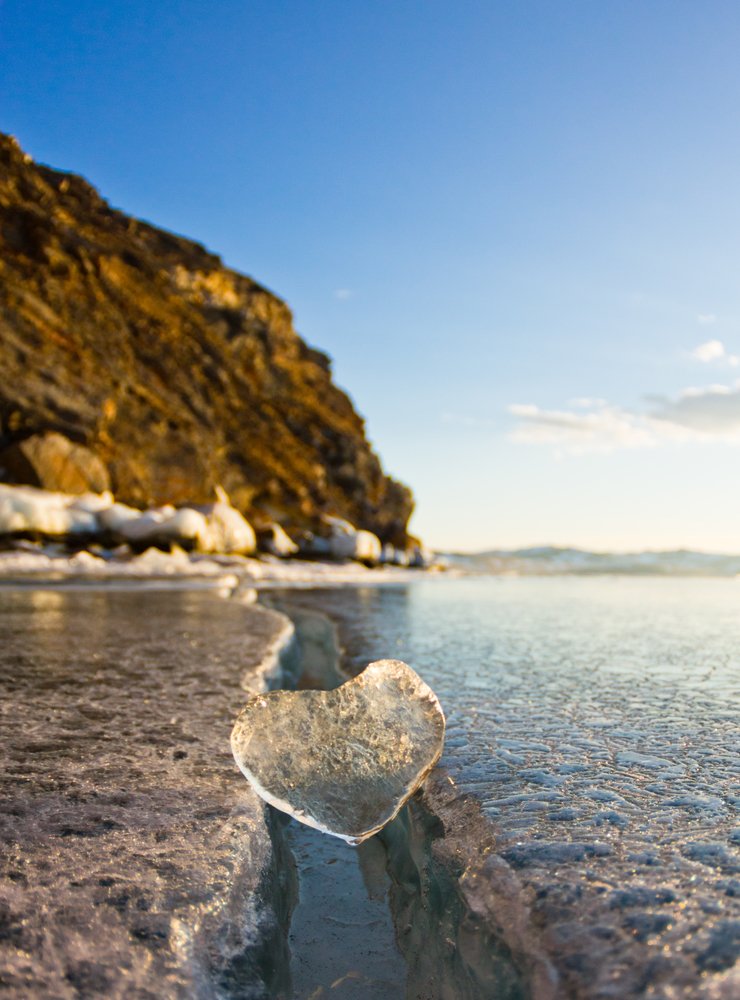 "We need to start from the fact that the quality of our water is so high that it has become a brand, and some people started to fake it. We are forced to prove that the water is taken from Baikal and at the right depth. This is the second stage; and the first stage was the development of a license proving that Baikal water is suitable for food. Now we are trying to prove that the water has the characteristics that unambiguously indicate its Baikal origin.”

KTB: What are these characteristics?

“Detection of this set of characteristics makes up the second stage. They should be separated - simple water, Baikal surface water and water collected at a certain depth.”

KTB: What role is played by the Limnological Institute in this story?

“Next year the institute will celebrate its 90th anniversary. We have a huge database on Baikal, on the composition of its water. Within the frame of this research we want to trace the full cycle - from withdrawal of water to its bottling, so that to determine what properties are retained by water. This involves expedition work and analytical work in laboratories: about 30 people from different laboratories, research fleet. Water withdrawal will be made at several points.”

KTB: And what is your final goal? A test tube with water or some formula?

“Yes, it should be a formula - a set of indicators. General chemical and isotopic composition, no microbiological components.”

KTB: Are there any deadlines for completion of research works?

“No, there are no strict deadlines. We focus on the full cycle: we start now, in autumn, and  have to work out all the seasons, investigate the properties of the water all year round, because its producers withdraw it every day. Most likely, we should detect the set of components for a patent already by the end of next year.”

KTB: They say that Baikal water is virtually distilled, too sterile, and people got used to “mineral water”. Is it correct?

“Our body does not consume mineral water very easily, because there is no mechanism for its assimilation. The body absorbs organic compounds more easily than non-organic ones. Baikal water is really low-mineral, but this is not a disadvantage.”

At that moment the Director of the Irkutsk SMC of the Federal Agency on Technical Regulating and Metrology Evgenii Kurbatov joined the conversation.

“It’s not empty. It is pure and alive: these are its main advantages. I remember when they had just begun to produce it, and negotiations on the supply of this water to Japan were held – the Japanese refused precisely for this reason: the water lacks trace minerals.”

KTB: Please, explain, what does the strange concept of “water reference standard” mean?

“It is not strange, but very important and necessary. We are trying to determine the criteria inherent to the deep Baikal water, so that it we could identify it among the whole variety of water types in the market. In future we will look for methods of evaluation and tests for identification of these indicative features. Regulatory documents will be created, water production will be organized in accordance with these parameters; all deviations  from the standard will be regarded as fakes.”

KTB: Okay, but how will it look from physical standpoint? There is an Office of Weights and Measures in Paris storing a reference kilogram, reference meter. Will you have a reference test tube of water?

“You see, Baikal is a living creature, and the reference standard is by definition something that is constant, invariable, but we have the indicators that can be reproduced both qualitatively and quantitatively. We will really try to give the status of a reference standard to the water sample at this stage. We do not know whether we’ll succeed, because we only stand at the beginning of this way. But we are trying to make a reference sample of Baikal deep water and, perhaps, we will add it to the register of standard samples - this is the same as the Office of Weights and Measures.

KTB: People bring petrol, vodka to the Center for Standardization, so that to check their compliance with state standards... Is it possible that people will bring water to check its compliance with the reference  standard?

“It is possible, although it is not necessarily will be done by us. Now, at the initial stage, we are trying to detect and legalize the indicators that will serve for determining whether the water is deep or not. What will happen in the future?  We’ll live and see.”

KTB: In which exact way will the compliance with the standard be determined? Will some indicator be dripped into the water or will you develop some kind of analyzing device?

“This is precisely what we have been asked to do. When the sample will be accompanied by regulatory documents constituting the basis for conducting research and determining indicators, then the procedure on confirming compliance with the reference standard of Baikal water will be developed. It’s not so easy”.