Baikal eco-business: From Dream to Reality

Two stories will tell you about the way the love of people for Lake Baikal helped them to find their life work.

A collection of stories titled “Your Own Way” was presented in Irkutsk in January 2019. It contains stories about unusual businesspeople that are not indifferent to Baikal and everything connected with the lake. They build their business solely based on “good” principles that do not contradict the environmental protection of the region where they live.

Ecological entrepreneurship is becoming more and more popular on Lake Baikal. At least twice a year, experts gather there to help young “green” businessmen launch their eco-projects within the framework of the School of Ecological Entrepreneurship – a partner project of the En + Group and “The Revival of Siberian Land” Foundation. Thanks to this School, many people began to think about the opportunities that Baikal offers for business, one only has to use them without doing harm to the precious lake.

“Key to Baikal” decided to share two stories from the “Your Own Way” collection with you. They are different, but have something in common: love and respect for the lake that has inspired everyone living next to it for many years. 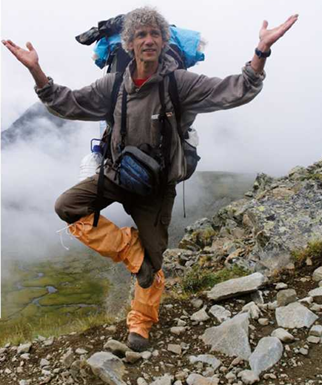 Our father, a professional hunter and fisherman, constantly took us to the taiga when we were kids. We were sitting at the taiga fire or inside a hunting cabin, and he discovered the taste, aroma and strength of taiga tea drinks to us. I can say that this was the taste of our childhood.

One winter I walked on foot to the hunter’s cabin where my father lived. It happened so that I went astray. I managed to get close to the operating oil center only late at night. The first thing that the oil workers gave me was a mug of hot herbal tea. That mug that helped me regain my strength then and became my guiding light that linked my life with tea drinks.

I have been interested in the production of tea for a long time, I communicated with botanists, pharmacists, and game managers while I was still a student. I managed to obtain unique knowledge, experience and love for Siberian herbs from the Russian Buddhist lama Mahakal (Leonid Makhov). When we met, we always began and ended out meeting with tea drinking – these drinks were made according to the author's recipes. Cooperation with the suppliers and producers of Siberian tea drinks has also had a great influence on me.

THERE IS ONE UNDENIABLE ADVANTAGE OF THESE DRINKS BEFORE TRADITIONAL SORTS OF TEA AND COFFEE - SIBERIAN DRINKS DO NOT CONTAIN ANY COFFEINE, AT THE SAME TIME THEY ARE A GREAT SUPPLY OF VITAMINS AND BIOLOGICAL ACTIVE SUBSTANCES. THIS IS IMPORTANT, BECAUSE NOWADAYS MANY PEOPLE LIVE A HEALTHY LIFESTYLE.

We started our business with the production of fermented willow-herb decoction. Our first products were virtually home-made. We have developed souvenir packaging - bags with taiga things (cones, twigs). The tasting committee gave a high rating to our drink at our first exhibition fair - “Made at Baikal”: they noticed our tea. The representatives of the Baikalsk administration that were present at the fair suggested that we should open a shop for the production and packaging of tea products. We addressed Pavel Khoroshutin, the General Director of “Travy Baikala” (“Herbs of Baikal”) LLC, and he did not hesitate to support our project. Our workshop officially opened on December 1, 2015. Three packers worked in it back then. Now we have 6 workshops in Baikalsk and about 50 employees. 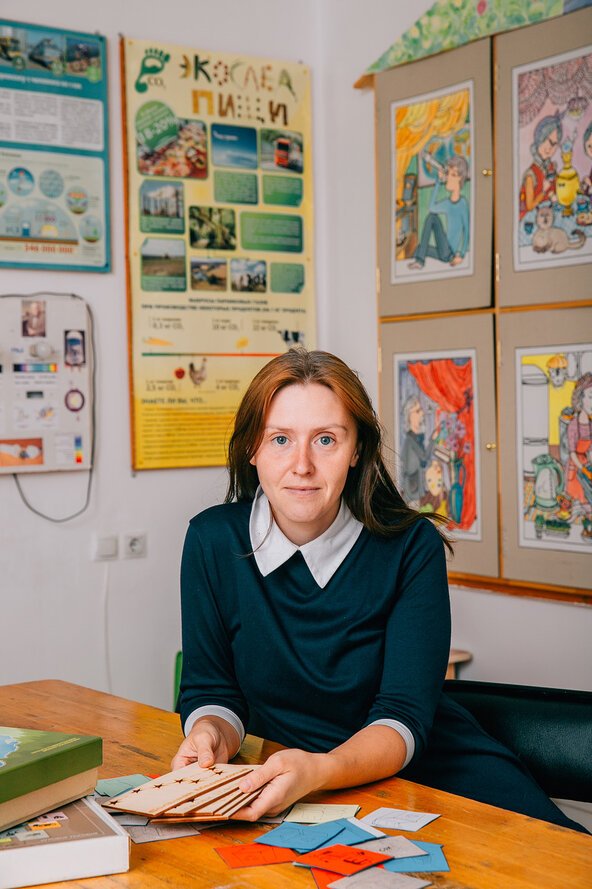 Anna has graduated from university as a linguist-translator. She started her environmental activities with volunteering in the Great Baikal Trail. Since 2016 she has been working as the Director of the Baikal Interactive Environmental Center (eco-center). The staff of the center works with all age groups - from little kids to the elderly. They conduct master classes, lectures, field classes, accompany school eco-projects and produce tabletop games.

Many Russian people still do not think that environmental issues are important. There are two main statements: “We have a bad environment” and “Ecology is collecting garbage”. As for me, ecology is a science. It shows that all our actions or lack of actions lead to some kind of result. They may lead to consequences in many years, but they will certainly have an impact.

It is a popular trend to be green around the world. And this trend is also gradually reaching Russia. Even those who become volunteers do not always do this at the bidding of the heart, but because they are written and spoken about. It is important for young people.

Our center works with different age groups, even with preschool children. Some have recently ordered a tour to the famous landfill site on the Aleksandrovky Highway for a kindergarten group. And there are five-year-old children in the group! However, parents and teachers decided to take children there. And the trip was very useful. You should have seen the children when they learned to know about the great amount of litter being thrown out. In such situation, one should ask: “What are you doing when you get tired of some toy?” Of course, they will not talk about throwing toys away. They begin to make things up: you can present a toy to other children, make another toy out of it, etc.

In general, I am opposed to early education in ecology. I am speaking about the cases when a child is seated and taught certain things. Children learn to know the world through games and the example of adults. So, we must not teach little children but play with them. We show them the example. If you go on a picnic, take the usual dishes, not plastic ones. After the picnic is over, wash these dishes and put them on the shelf. You’ll see: your child will do the same without a second thought. Then the child will grow up, he or she will have questions: why are Vasya’s mother and father behaving in a different way? But these questions are already conscious, then it will be easier for you to explain the answer.

Schoolchildren love to make things with their hands and see the result, so we often hold workshops for them. How to plant a garden on a windowsill, produce handmade paper, make a tabletop game from old newspapers ... The most popular thing is producing your own fossils. We take shells, small dinosaurs from chocolate eggs and stamp them on plaster. Then everything freezes, and children can then take these prints with them. Such workshops obviously demonstrate the things that happened during the Paleozoic era.

Some of our classes are free - for socially protected population groups. Everything else should be paid for, and it is important for us. I want the center to pay back due to these paid classes, so that not to depend on grants. This is a problem for many NGOs. We do not use commercial tools, do not know how to sell or how to advertise. We already have a kind of grant dependency. Our center is trying to abandon it and start earning its own money.

People are still not prepared to pay for ecology classes. They do not see an obvious benefit for themselves, unlike English language, for example. Besides, fees for eco-classes and for English lessons are significantly different. Therefore, I have experience in combining these classes: I conduct “green English” classes for children. During our lessons, we talk about animals, plants, natural phenomena, about Baikal - but we talk only in English.