Director of the Baikalsky Nature Reserve: “We will never become a tourist center”

Baikal region is going to celebrate a big ecological anniversary. The main nature reserve of the Republic of Buryatia is 50 years old. We talked with its director Vasiliy Sutula about the reason why ecotourism does not mean having rest in lounge chairs on the beach and about the way the reserve can help educate responsible tourists.

One of the most famous Russian nature reserves in Russia, Baikalsky, is 50 years old. The resolution of the Ministers of the RSFSR No. 571 “On the Organization of the Baikalsky State Reserve of Hunting Administration of RSFSR” was issued on September 26, 1969. We will discuss the state of this important environmental organization not long before its anniversary, speak about its achievements and the direction of its planned development: we discussed all this with the Director of the Baikalsky State Nature Biosphere Reserve ,Vasiliy Sutula.

Key to Baikal: What is the reserve today, what are its main goals to be achieved?

Vasiliy Sutula: Baikalsky Nature Reserve is both a protected area and an eponymous institution. The institution for nature protection has three specially protected areas controlled by it: the reserve on the southern coast of Lake Baikal, as well as Kabansky game reserve in the delta of the Selenga River and Altachaisky game reserve in the south-east of the Republic of Buryatia. Each of these specially protected natural territories has its own tasks. But all of them pursue the same goal - to preserve nature in its pristine state, minimizing negative economic activity. This determines the main fields of work – protection of nature, environmental education, scientific research, development of educational tourism.

Key to Baikal: Educational tourism is an ecological trend with increasing popularity. What does the reserve mean by this concept?

Vasiliy Sutula: This concept does not mean resting in lounge chairs on the beach or scooter races. This is the tourism aimed at the knowledge of nature, understanding of its value. At the same time, visitors receive reliable and correct information about the diversity of natural treasures - rivers, waterfalls, animals, plants. Besides, they learn to known about historical and cultural heritage: for example, wharf buildings of tsarist times connected with the rich history of our country have been preserved. We want to have an opportunity to have an emotional impact on people, which can help them to become our supporters, assistants in the preservation of nature: not to throw litter, not to cut trees, not to kill animals.

Key to Baikal: How do you organize educational tourism?

Vasiliy Sutula: Of course, not! The excursion program is divided into two parts: “hardware” and the nature itself. “Hardware” includes infrastructure, namely, trails, visitor centers, observation platforms, outdoor and indoor expositions, information stands and booklets, souvenirs. However, of course, the tourists want to see waterfalls, cedars, chipmunks and bears, get in touch with the nature. It is always difficult to spot animals in the wild, so this is one of our main tasks:  to make this happen. There are special tours for this: we organize trips along the trails and create water routes, tours with photo safari.

Key to Baikal: They do not just randomly roam in the forest...

Vasiliy Sutula: Of course, not! The excursion program is divided into two parts: “hardware” and the nature itself. “Hardware” includes infrastructure, namely, trails, visitor centers, observation platforms, outdoor and indoor expositions, information stands and booklets, souvenirs. However, of course, the tourists want to see waterfalls, cedars, chipmunks and bears, get in touch with the nature. It is always difficult to spot animals in the wild, so this is one of our main tasks:  to make this happen. There are special tours for this: we organize trips along the trails and create water routes, tours with photo safari.

Key to Baikal: So, which animals can be seen by the tourists?

Vasiliy Sutula: All our territories are located close to federal highways and railways. Interactive expositions are good, but nothing compares to direct emotional perception of the wild nature. On our trails you can meet forest birds: woodpeckers, jay birds, nutcrackers, nuthatches. Kabansky game reserve is located in the middle part of the Selenga river delta, we call it a bird kingdom, a paradise for ornithologists. Up to 5 million birds fly through the Selenga delta annually! That is why its territory is included into the list of wetlands of international importance covered by the Ramsar Convention, mainly as the habitat of waterfowl. A rare species of birds, Caspian tern, forms colonies in the reserve every year. This tern is the largest in Russia. Altacheiskiy game reserve can boast of the highest population density of wild ungulates in Siberia due to highly efficient protection and special biotechnical measures: feeding of red deer, Siberian roe deer, wild boars. There are more than 45 hectares of self-feeding stations, 45 saline grounds, 6 feeding grounds for wild boars and, first of all, reliable protection of conservation areas, including with the help of space monitoring.

Key to Baikal: How many tourists come to your reserve during the year?

Vasiliy Sutula: The tourists from Western Europe and America have a great interest in nature. It is no offense to our people, the majority of visitors are foreigners. These include people from Japan, China, Australia, Germany and other countries. The number of tourists coming to us has been showing a growing trend since 2011. 18-20 thousand tourists came to us in the years 2017-2018. Until 2011 the number did not exceed two thousand. The main thing one has to understand is the fact that our reserve will never turn into a tourist center. Only 5% of the territory is open for visitors.

Key to Baikal: Do you fear the influence of the anthropogenic factor?

Vasiliy Sutula: We don’t have to be afraid, we just need to control it. There is such a thing: visible recreational load. I am always surprised when people try to calculate it with the use formulas. There is a simple rule: in case visible changes, it is necessary to completely block the flow of tourists, as well construct proper infrastructure. If there are wooden trails, no one will go deep into the wild thicket. If there is a fireplace, people won’t build fires just anywhere. Besides, we should control the process. We should strictly punish those who violate rules – with fines. During the nesting period of Caspian tern were strictly prohibit tourists to approach the island. We need to do the same on Olkhon. Thus, it is prohibited to visit the Kabansky game reserve during the period of laying and incubation of eggs of waterfowl and semiaquatic birds (from the end of the ice drift until July 15).

Key to Baikal: How do you ensure the protection of the reserve and game reserves from poachers?

Vasiliy Sutula: Unfortunately, there are some barbarians who see a large number of animals, for example, in the Altacheiskiy game reserve, they try to penetrate the border and shoot the animals. Right now a trial is being held in connection to the four poachers who killed three roe deer on January 30, 2017. 4-5 criminal cases are being initiated: these are already caused by severe damage, when we catch violators with weapons and dead animals. Sometimes this happens during fishing in the Kabansky game reserve. However, over the 50 years of the reserve’s existence, we have implemented an efficient protection system, and such major accidents as killing animals have become very rare. We bring 100-150 violators of the regime to administrative responsibility per year. There are also unreasonable tourists who visit protected areas due to a misunderstanding. Exotic violations also occur, for example, low flights on the helicopter: it is prohibited to fly below 2000 meters. 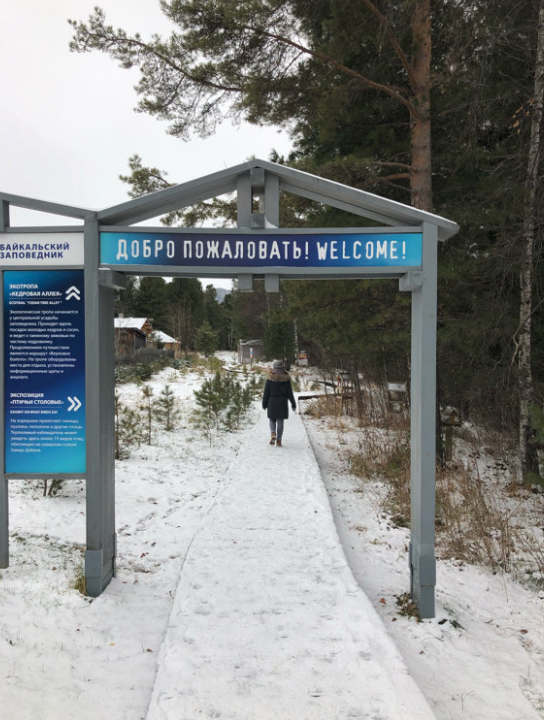 Key to Baikal: Environmental education and awareness are also needed for people residing near the reserve, is it right?

Vasiliy Sutula: Yes, it is necessary. Not everyone behaves in a responsible way: people chop cedars, throw litter, wash cars, burn the grass. There are violations, but the level of awareness grows. First of all, this is due to the fact that we have very good relations with the local school. It holds various educational programs, organizes clubs and summer camps. Water breaks down a mountain:  our efforts to increase the number of environmentally responsible people give their fruits slowly, but steadily.

Key to Baikal: At last, please tell us how you are going to celebrate the reserve’s anniversary.​

Vasiliy Sutula: In September we will hold anniversary celebrations with friends and guests, as well as reserve staff, including former employees who will be invited. The guests will also be the employees of other reserves, representatives of government and environmental organizations, as well as local residents. Volunteers and sponsors will also attend the event. The program has not yet been approved: probably, it is still too early to announce it. We will hold a scientific and practical conference in October. Let us sum up the results of labor achievements; we would not want to confine ourselves to commonplace banquets. We would like to benefit from the celebration. For example, it will be great to find assistance in feeding wild animals. We want to publish an anniversary book about the history of the reserve, its concerns and problems, make a photo album. By the way, the work on the book titled “Southern Baikal: 50 years of Preserving Nature” is underway. So, we are already preparing for the anniversary.