Expeditions to Baikal: the Way Science Saves the Lake

Baikal and its unique ecosystem annually attract scientists and researchers to these places. People come there to familiarize themselves this place and find new solutions that will help to save it. Expeditions to Lake Baikal have become an important part of the Lake’s life. We’ll tell you about the most interesting of them.

All the time we repeated that Lake Baikal was the cleanest and deepest reservoir of drinking water in the world, believing that this state would eternally remain the same. But today we have to notice the negative results of human influence on the nature of Lake Baikal all the more often. This process is especially well reflected by the change in the character of the numerous expeditions which have now shifted the focus from purely scientific and theoretical problems to the mainly purely applied aspects related to the study and solution of environmental problems. Moreover, they have educational nature and are designed to attract ordinary citizens to the implementation of their goals. 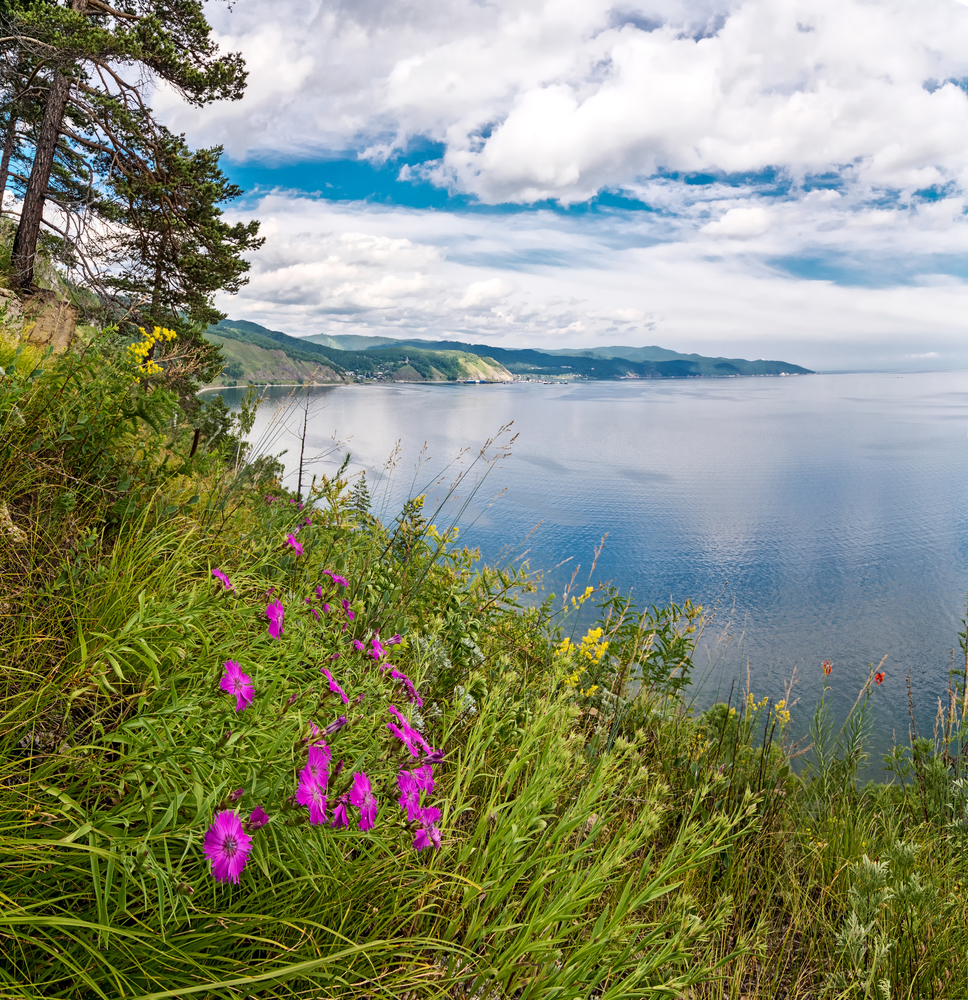 One of the most wide-known long-term projects has become the “Baikal Expedition” being the result of cooperation of the “Revival of the Siberian Land” Fund and En + Group. This is a social and scientific project which emerged in 2012. The main tasks of the expedition are not just the study of the algae that “colored the coast of Lake Baikal green” (spirogyra), but also the search for the ways of economic use of the algae, as well as ecological education of the population, which is urgently needed to solve the problem. The most important thing is that the stakes are placed on the schoolchildren who were really looking for the answer to the question back in 2016: what to do, so that the spirogyra stops to turn the shores of Lake Baikal into swamps, brings benefits instead and even gives people an opportunity to raise funds. In particular, the schoolchildren of the settlements of Turka and Maloye Goloustnoye conducted an experiment on the use of the harvested algae as fertilizers for the cultivation of potatoes. One of the most important practical results of the expedition of 2016 became the persuasion that the green algae can be used as organic fertilizers, souvenirs and even author’s wrapping paper with the most fanciful design.

In summer of 2017 the expedition continued the tradition of combining scientific research with public initiatives aimed at the real analysis of the state of the Baikal coast and the lake itself, as well as the development of practical steps on its protection.

Scientists note that the spirogyra is not a foreign element for the lake’s water, but it “has been getting along” quite well with other inhabitants of Lake Baikal until 2000s. Therefore, the question about the need for genetic research of spirogyra arose nowadays, this will allow us to discover, first, which of the 200 species of alga is the most actively spreading one in Lake Baikal, and second, to understand what are the special reasons for such activity of the lake’s inhabitants and whether this is connected with the consequences of man’s activities or the emergence of a foreign spirogyra in the lake.

However, it is definitely clear what actions should be taken: to remove the biomass of the rotten algae from the coast of Lake Baikal; to stop using phosphate-containing detergents; to introduce sewage treatment plants in all places.

Another breathtaking event of En + Group was the “Reserved Shift” ecological project holding an educational ecology-industrial expedition of schoolchildren: “From the Ivolginsky Datsan to the Barguzinsky Reserve” (for the children from Ulan-Ude) in the Barguzinsky Reserve and “Irkutsk: from the CHPP to the Reserved Baikal” in the Baikal Nature Reserve.

“Reserved Shift” is the all-Russian environmental project organized by En + Group and aimed at the promotion of the Russian reserve system and connected with the system’s 100th anniversary, being part of the multi-field program on the protection of both Baikal and the reserved areas of the Baikal zone.

Each expedition of schoolchildren to Baikal includes two components:  ecological and industrial. The ecological part is aimed at getting acquainted with the specific nature of the Reserve and implies ecological education of children. Interestingly, the second part is focused on the modern teenagers’ perception of the world. It is held as an educational quest either on the territory of the enterprise, like in our case – at Novo-Irkutskaya CHP plant, or on the territory of the reserves: Barguzinsky Reserve and Baikal Nature Reserve.

The unique result of these expeditions is that the children not only have got acquainted with the activities of the reserve’s employees, but also participated in them.

One of the “top-rated” expeditions of this summer is “Baikal-Alaska”; anyone could become its participant upon one’s own wish and with certain possibilities. The “Baikal-Alaska” expedition is an international historical and geographical project reproducing the route of the Siberian merchants of XVIII-XIX centuries. The entire route from Baikal to Alaska will be covered: 13,800 km on a knockdown wind-droven trimaran of the ocean class with its transportation across two watershed ranges - in Irkutsk region and in Yakutia.

The organizers of the expedition pose its main goal as follows: to show Siberia, the Far East and Alaska to the world, to collect colorful information about hard-to-reach places where few people live and travel, the places not yet touched by civilization, to draw attention to the problems and opportunities of these territories.

Expedition to the Bottom of Baikal

A hydrobiological expedition was held on the research vessel of ISU titled “Professor Kozhov” on Lake Baikal from 14 to 24 July 2017. The expedition members were the first to see the bottom of the mysterious bank of Drizhenko (a bank is a part of the seabed rising above the surrounding depths) at a depth of about 80 meters. The bank is located in the northern Baikal and was described by military hydrographers only in 1980s. With the help of a dredge boat the researchers raised the inhabitants of this bank to the surface; these included two species of amphipods previously unknown to scientists.

A series of expeditions have been held out by the Limnological Institute of the Siberian Branch of the Russian Academy of Sciences (Irkutsk): for example, an expedition on a research vessel titled “G.Yu. Vereschagin” was held from 17 to 28 July 2017 with a goal to obtain data on the concentration of methane in Lake Baikal and conduct the research of the main basins of the lake.

There is a variety of expeditions; you can try to participate in any of them.