Environmental problems of the Baikal: not by Spirogyra alone

Lake Baikal is not just a lake, but complex ecosystem. It contains the lake and its water-producing pond as well as organisms living in it. Let’s consider the main problems of ecosystem.

One would think, what has the forest to do with it? The scientists tell us that forest is a critical part of ecosystem which in last centuries faces serious challenges. Siberia is one of the richest forest regions on the planet but the extent of forest loss allows us to speak about deforestation problem in future. Ecological problems of the Baikal meet global problems in this matter.

The presence of forests at river basins contributes to flow control and more even distribution of it throughout the year. In addition, forest retains humidity and prevents mechanical evaporation from the water surface by slowing the speed of the wind. Thus, the presence of forests is one of the factors of full-flowing rivers, flowing into the lake, and the lake level stability.

The main reasons of deforestation are fire and felling. 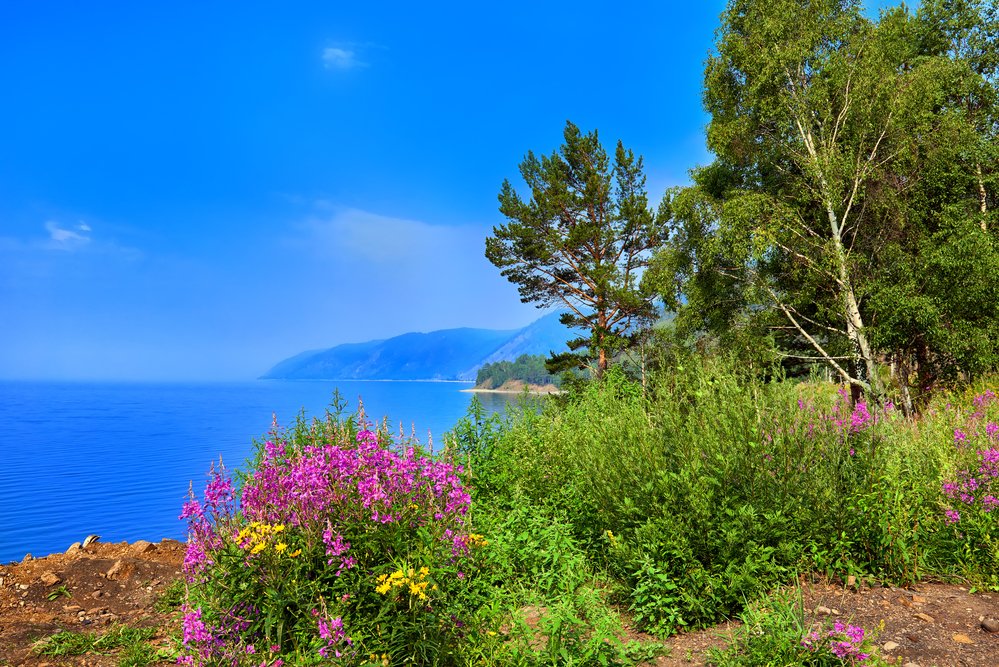 More than 80% of all environmental crimes around Lake Baikal are illegal felling of trees and shrubs, as well as the destruction and damage to forests. Illegal felling take place on the territory of Irkutsk region and the Republic of Buryatia, including the water-producing pond of the lake. The most active felling is on the north of the Selenga River. Despite the fact that all kinds of felling, except of forest sanitation, are prohibited in the water-producing pond, satellite photography and statements of the locals show new deforestation areas in the protected areas. "Black loggers," as they are called, often sell produced timber abroad, enriching themselves and contributing to the destruction of ecosystem of the sacred lake.

Most of  forest  fires are caused by humans. This may be due to careless handling of fire, contempt of rules by lumber enterprises or intentional burning of forests. Intentional burning is often made by "black  loggers ", who want to hide the evidence of their activities or to buy forest areas which become cheaper after  fire .

The scale of forest fires take sometimes monstrous size, it was especially evident in 2015 and 2016 when, in the summer months, hundreds of thousands of hectares were in flames. Some of these burnt areas are protected areas. Olkhon Island suffered most of all - one of the most visited places on Lake Baikal, which experiences a strong anthropogenic pressure even without fire.

Speaking of Olkhon, in recent years it has been actively visited by hundreds of thousands of tourists. New recreation centers, private hotels are under construction. However, a significant part of the guests coming to admire the beauty of the island prefer wild camping. Vulnerable, eroded soil can not carry such a large flow of people and transforms into a desert in some spots. Huge masses of people simply trample land in the most beautiful places on the island and on the way to them. Currently, it is one of the most intractable environmental problems of Lake Baikal.

The system of waste collection on lake Baikal, exporting for recycling or to dumps is almost nonexistent, and this is one of the most important environmental problems of the lake ecosystem. It is most clearly seen on the island of Olkhon, where in 2001 and 2002, activists had collected 6500 bags of litter and 15 tons of waste metal! After this large-scale action, carried out by Greenpeace, the volume of garbage had declined for some period. Though, the growth of the tourist flow leads to increasing of export indicators. By now, thousands of cubic meters of solid waste are sent annually to other districts of Irkutsk region. However, this problem requires the solutions not only by environmental organizations and travel companies, but it needs more serious governmental control.

What is a lake without its inhabitants? The wildlife is an integral part of the ecosystem of Lake Baikal, and a reduction in the numbers of one species affects the population of other species and the environment in general.

An example is the extermination of the great cormorant in the Soviet era. It was thought that a cormorant eats a considerable number of commercial fish – omul. However, after the cormorant has practically disappeared, the population of omul began to decline even faster. This is caused by the fact that the excrement of cormorants dropping in the water become food for epishura (Baikal plankton), which is also food for omul. Thereby, the disappearance of one of the elements of the chain has led to a serious decline in the numbers of two other species. 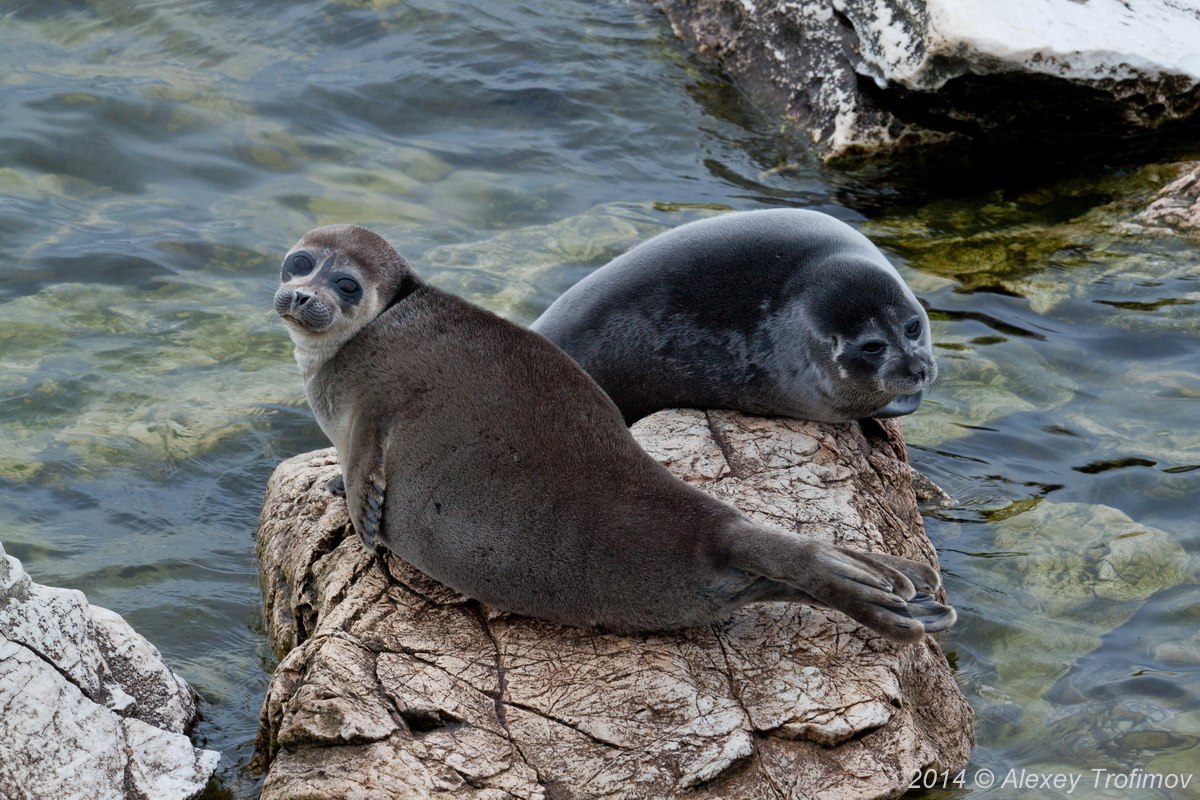 Currently, all three species are out of danger. However, poaching leads to severe fluctuations in numbers of many species, primarily - the commercial fish. Illegal fishing has reached such a high level that every year the number of arrested offenders gets as high as ten thousand! Experts estimate that the fishing under the quota and out of it almost equal in volume.

The main objects of poachers are Baikal omul and grayling. We can only guess about the real stocks of it in the lake and how many fish are caught. However, the fact is that almost every coastal village is engaged in fishing. In 2005, alarming information came from the Baikal nature reserve. The workers reported that the entire coast near the village of Tankhoi filled with fishing nets and grayling has almost disappeared.

In recent decades poaching has led to a sharp reduction in the numbers of musk deer, Manchurian wapiti and other inhabitants of the forests of the Baikal region. Human is the only creature that is a real threat for Baikal seal, and illegal hunting is a serious problem for the species, which is on the top of the food chain of the lake.

The most urgent problem of recent years for the lake is algae Spirogyra. The main reason of the spread of this type of plant, experts say, is emissions of household wastewater into the lake from numerous hotels and recreation centers on the lake. These drains are harmful to the Baikal sponges and acceptable for Spirogyra. Expansion of Spirogyra is becoming more rampant and requires some action to solve the problem.

In addition to coastal  drains , ships are throwing ballast water in the glorious lake, and it is also polluted with petroleum products. Over the last few  years  the number of vessels of all classes on Baikal has significantly increased. It is impossible to calculate the precise number of them due to the lack of control.  It is believed that there are more than 3,000 watercrafts on the Baikal. The great majority of them does not dispose the accumulated liquid waste in special stations but drops it directly into the lake.

Usually it is household and oily waters producing from the operation of mechanisms. Annually not less than 160 tons of oil products from ships fall in Lake Baikal. Perhaps many ship owners would be happy to dispose ballast water to recycling, but there are very few stations for it. It is quite effortful and not profitable to deliver these waters through great distances.

As we can see, most of the environmental problems of lake Baikal are created by people. We pollute the Holy lake with litter, destroying the inhabitants living in it and on its banks, destroying flora, through which the lake is filled with water. Human tends to make mistakes, but human can correct his mistakes. Through a variety of protection activities recruitment of the Baikal omul, cormorant and other species has been achieved. With a system approach and the cooperation of scientists, environmental organizations and the government, "the pearl of the planet" will remain the pride of our country.