Ecological Features of Lake Baikal, or Why Waste Is not Always a Bad Thing

The principle of trade saying “demand generates supply” does not work in ecology. If the coast of Lake Baikal suffocates from the spirogyra and the streets of inhabited localities are covered with a layer of garbage that requires recycling, no one regards these facts as opportunities for a successful business start-up. Therefore, the principle of action can be formulated as “the need causes the possibility”. To put it simply, if the situation with household waste becomes dangerous, then it is absolutely necessary to resolve it, and a clever person can see it not only as the dirty work of the janitor, but also as new opportunities for a creative approach. We have selected two such stories for you. Tellingly, in both cases the people are not the authors of projects, they are simply enthusiasts. They pick up the idea, do not let it fade away and continue to promote and implement it with perseverance.

Houses Made of Mycelium and Sawdust 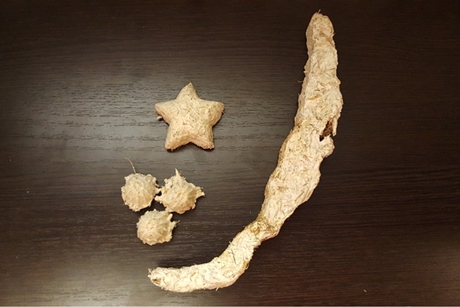 Our first action man, Mikhail Neustroev was not engaged in ecological movement a couple of years ago, he was engaged in business related to Internet marketing.

- Earlier I was engaged in ecology only as a consultant, speaking at the School of Environmental Entrepreneurship. The School has been held annually in Baikalsk for seven years in a row. When seminars related to environmental protection were held, I participated as an expert.

Meanwhile, two students of Irkutsk State University, Zinaida Efremenko and Aleksey Pristavko, have created a technology for processing sawdust with the help of a Baikal endemic plant. The technology made it possible to create a new construction material that was simply called “Ecological chip board”. The essence of the project is to obtain environmentally friendly biological composites used in furniture production and construction. It is proposed to use such raw materials as shredded wood waste or plant raw materials processed with a binding raw material – the mycelium of xylotrophic mushroom of the Baikal region.

- To explain it with simple words, sawdust is mixed with mushroom biomass. Biomass is obtained by germination of the Baikal endemic’s mycelium. The mixture grows over the sawdust and is fermented for a week, then it is dried and put under hot press, as Mikhail describes the technology.

- As a result, we get “Ecological chip board” without toxic synthetic resins. The final products are wood boards, plates for exterior finishing of houses, alternative construction and packaging materials.

In 2015 the authors of the project were caught in a stalemate situation: the idea was put down to paper, but they did not know what to do with it afterwards. They presented it at the “Taiga” startup school, where Mikhail ‘s business partner saw them and offered help to the promising young people.

- We founded a small innovative enterprise and we have been developing the project since then, - Mikhail narrates.

- Now the project is at the prototype stage. The products are wood boards with the dimensions 15x15 cm. But we have a problem with the equipment. We need a big hot press to make a board of a certain size for certification; our board is too small for this. There is no necessary equipment in Irkutsk. And the boards made by us on another press are not suitable for certification: we fail to comply with the hardness requirements for chipboards due to uneven heating.

The project is now suspended once again. Now the enthusiasts of “Ecological chip boards” are negotiating with various investors: they need funds to purchase equipment. For the sake of this, the authors of the project are ready to sell a share of their enterprise.

Paper made of Algae 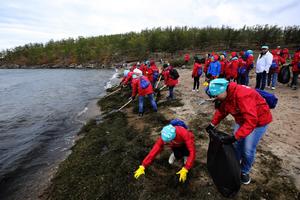 “Baikal Expedition”: How Scientists Save Baikal from Spirogyra

Varvara Sukhomlina is one of the founders of the “Laboratory Factory”. This creative project has been made up to create design materials.

- The idea was not conceived by me, I only invented the “Laboratory Factory”. We were reviewing various recycling technologies at the winter session of the School of Environmental Entrepreneurship a year ago. It happened so that a former technologist of the Baikal Pulp-and-Paper Plant was among us. And the idea was voiced simultaneously by the two members of our ecological team, Marina Rikhvanova and Lyubov Mozhaeva. They came up with the idea of making with a paper using spirogyra.

Key to Baikal: All of a sudden. Why spirogyra? 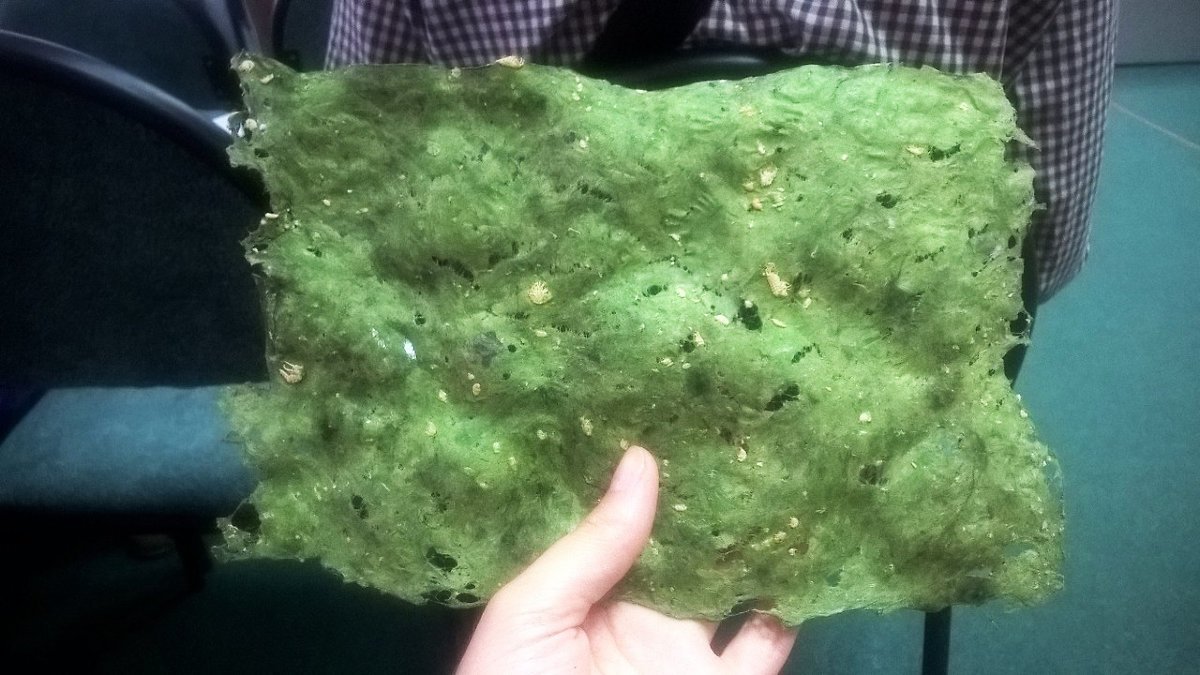 - Because this is not the first attempt to do something with the alga, to use it somehow. We tried to use it as a fertilizer in agriculture within the framework of the “Baikal Expedition”, turning it into bio-compost by Canadian worms. The School of Entrepreneurship made us consider creative options for its use. First we thought that since the alga is a kind of vegetation, then we can get cellulose from it. We gave the task to the former technologist of Baikal Pulp-and-Paper Plant Dmitry Khlybov, he conducted the first experiments, presented the first results. These first results of these developments were presented at the conference of the “Baikal Expedition” last year. It turned out that some representatives of the territories were also engaged in this. There was one boy from Turka who tried to produce paper himself. And the idea to create the “Laboratory Factory” emerged in March of this year.

Key to Baikal: Can you describe the process in a few words: how is it possible to get dry paper from a wet alga?

- The basis is recycled paper: it is finely cut and soaked. Making paper from “pure” spirogyra is a complicated technological process; the alga needs to be boiled for a long time, so we use a mixture with paper pulp for household production. We bleach it, add carbamide peroxide, soda, starch. This mixture is whipped with a blender to make the mass homogeneous, then we add shredded dried spirogyra.

Key to Baikal: How much spirogyra is added?

-It depends on what you want to get. We add 10-15% of the alga, but we also tried to make paper only of spirogyra. Such paper is characterized by its unusual color. When we made paper of fresh alga, we obtained greenish paper. If we used dried spirogyra, the paper had a brown tinge.

The “Laboratory Factory” works, although not on an industrial scale, but in a constant mode. They have recently received small orders for New Year’s souvenirs of spirogyra: photo frames, greeting cards shaped as scrolls, envelopes. Children like to draw on this paper. The “Laboratory Factory” plans to try and use recyclable materials for the production of designer fabrics. The environmentalists of the “Baikal Expedition” are also looking for technologists who will help them to produce paint made of recycled materials. The plans are extensive.