Culture Vaccine: How Literature Helps to Save Lake Baikal

The first International Book Festival will be held in Irkutsk from May 19 to May 21. We have talked to the Deputy Director of the “Volnoe Delo” Oleg Deripaska Foundation - Ekaterina Svetlichnaya - about the way a book teaches us how to love Baikal and why it is so important today to talk about the ecology of the soul.

Roman Senchin who received the “Big Book” prize for his story “The Flood Zone” (a semi-documentary story about the villagers who were forced to leave their homes due to the construction of a new hydroelectric power station) will read a lecture on the author’s responsibility at the festival. Roman will tell about the way a modern writer can act as a fighter for the environment, still remaining a writer. „Key to Baikal“: We cannot say that book festivals are a customary event for Russian regions. Why did such an idea emerge at all: to collect so many different authors in one place and combine several different formats? 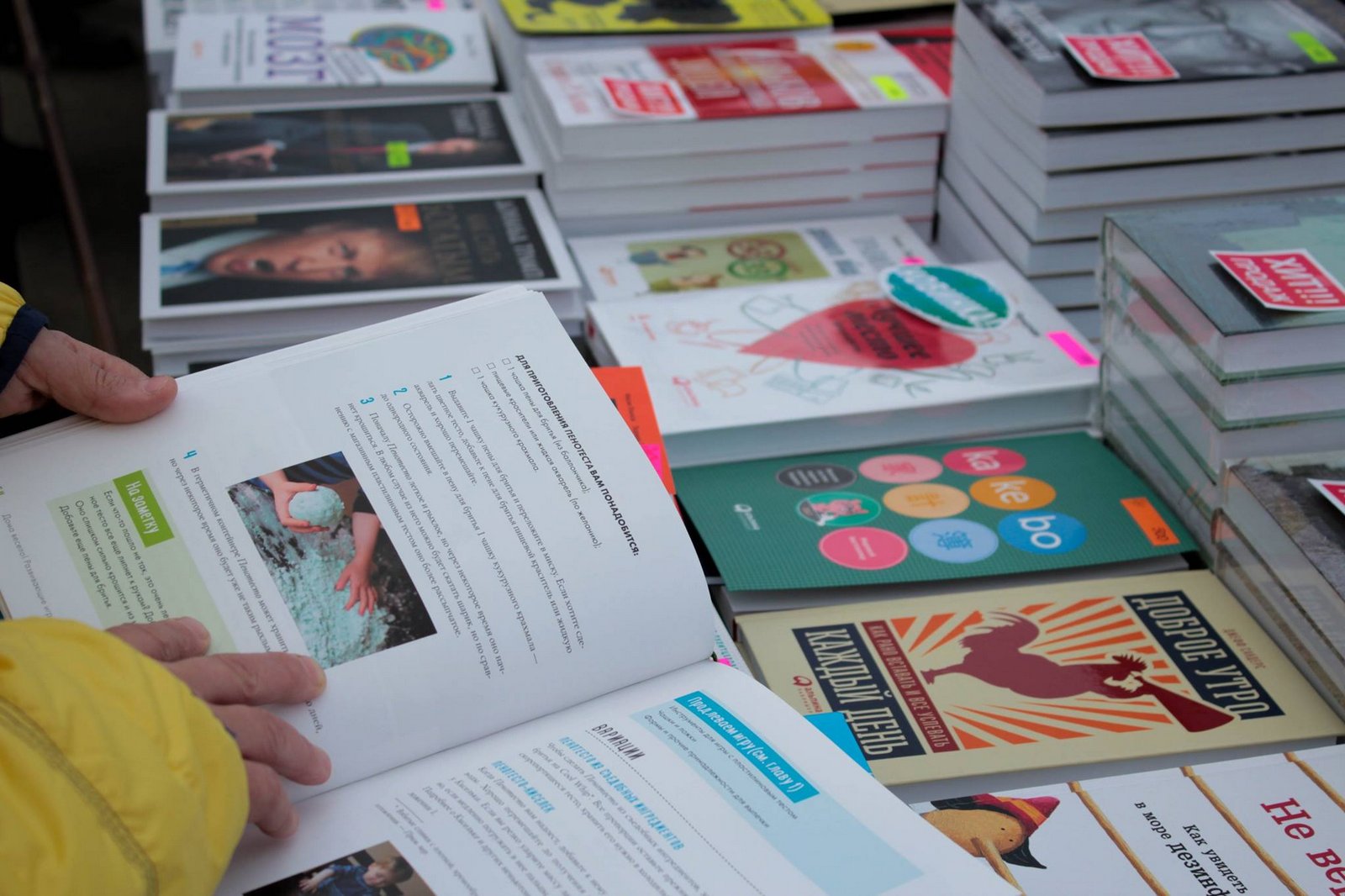 Ekaterina Svetlichnaya: It seems to me that today we have to build a society based on knowledge because knowledge is the thing that helps us to make important decisions. And we are talking not just about the decisions that are related to career choices, but also about actions in the global sense of the word. It is about the realization of what is good and what is bad.

Education of the soul should begin from early childhood. It should start with good books, wise performances and right conversations. You will be able to enjoy all this at our festival.

If we are good at mathematics and physics, then, of course, we will grow well-functioning people, but all the same there is a feeling that these people will be not soulful enough. Therefore, it is so important today to promote such events, so that not to frighten off this brittle sprout of changes within our society that have just begun to evolve and which, as far as I hope, gave birth to a new generation.

„Key to Baikal“: What is this, the new generation?

Ekaterina Svetlichnaya: Young people now look at things in an entirely different way. In 1990s people constantly talked about pragmatism and profit, but it is important simply to be happy for the generation of our days. And happiness depends on fairly simple things: on the territory they live on, the way they communicate with each other, things they see around.

That’s why we try to choose projects that help youngsters to be good people and teach them to be responsible for their actions. We give them advice concerning the way of proper creation of their habitat and being environmentally responsible.

„Key to Baikal“: In addition to the book fair, meetings with writers and lectures, the festival will also feature theatrical performances. Please tell us, who will come to the festival?

Ekaterina Svetlichnaya: Yes, the students of the final fourth course of the Moscow Art Theatre School under the leadership of Evgeniy Pisarev will show their performances based on the works of Russian literature classics and contemporary Russian authors at the festival. Their arrival is yet another proof that we are dealing with a completely new generation.

For example, young people are very actively responding to such initiatives. For example, the “Iyulansambl” theater comes to us in September. The young people will volunteer on Lake Baikal (clean up the trash) and deliver their performances. We were surprised at the readiness with which they accepted our invitation! The case is that these are already values for them, it’s not just a tick in a resume - to perform at a festival in another city - it’s something more than that.

In addition to the performances, young actors will also read the prose of the authors of the festival at the open stage, so everyone will be able to hear and see them.

„Key to Baikal“: Many people will be surprised that such a large-scale event takes place, not in Moscow or St. Petersburg. Why Irkutsk and Baikal?

Ekaterina Svetlichnaya: You know, Baikal sounds with a very special echo in the hearts of Russian people. Everyone knows that we have such a unique territory and it is very important for people to come here, to see this miracle by their own eyes and, finally, to understand that everything around us is hollow vanity, and the things that are really important include only this clear sky overhead, this green grass under your feet and pure water which is so amazing that you simply cannot look away from it. This is what will remain after you go, and you are able to assist in preserving it.

Finally, where else can we talk about the ecology of the soul, apart from Lake Baikal?

„Key to Baikal“: How can this help Baikal?

Ekaterina Svetlichnaya: The ecology of the surrounding world begins with the ecology of the soul. A cultured person, a person who understands and feels literature, art, theater, will never harm either another person or even a grass blade.

This project is only part of a comprehensive program on protection of Lake Baikal currently conducted by the “Volnoe Delo” Foundation jointly with En + Group. All our activities are aimed at protecting Lake Baikal and teaching people to treat the lake carefully.

„Key to Baikal“: Do you mean that the fact is that literature and ecology have a lot in common, supporting and complementing each other? How will this topic be reflected at the festival? After all, people are talking so much about the ecology of the lake and the region nowadays.

Ekaterina Svetlichnaya: Roman Senchin who received the “Big Book” prize for his story “The Flood Zone” (a semi-documentary story about the villagers who were forced to leave their homes due to the construction of a new hydroelectric power station) will read a lecture on the author’s responsibility at the festival. Roman will tell about the way a modern writer can act as a fighter for the environment, still remaining a writer.