Big Surprises of the Great Lake

During the two days, October 30 and October 31, the level of Lake Baikal rose to 456.99-457.01 meters above the level of the Pacific Ocean. The lake that had experienced a period of severe low water for four years surprised everyone once more. 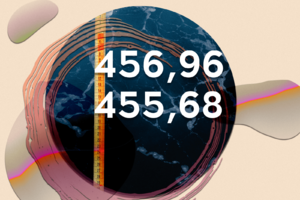 The Level of Water in Baikal: from One Extreme to the Other

The record indicator the filling rate (the level of Baikal rose by 1.3 m from May to October 2018) was due to the combination of natural and anthropogenic factors. In general, the year 2018 was not water-abundant - the water content was average over the 130-year observation history. However, according to the scientists of the Irkutsk Scientific Center, the filling of the lake has been continuing after October 15  for the first time since the construction of the Irkutsk Hydroelectric Power Plant (i.e., since 1957): usually the volume of inflow into the lake sharply decreased in mid-October, and the level gradually decreased until the next flood in May. Now the weather in Irkutsk Oblast and Buryatia is unusually warm for Siberians - on some days the temperature rises up to + 10-12 degrees Celsius, besides, it still rains in the south of Baikal, instead of snow. According to preliminary forecasts, November will not be much colder: the temperature will be not lower than -10 degrees at night and about +5 degrees in the afternoon, although snow will finally replace the rain. Small rivers in the north are already beginning to freeze, but the climatic conditions for freezing of such large rivers as Selenga are still not suitable.

The impact of the anthropogenic factor has influenced the fact that the consumption at the Irkutsk Hydroelectric Power Plant has been reduced to a sanitary minimum and amounted to no more than 1300 cubic meters per second for almost four full years, since December 2014. It is noteworthy that we are talking about long-term periods – separate cases of consumption increases up to 1500-1700 cubic meters occurred earlier, but not more than for several hours - to compensate for emergencies in Buryatia.

A meeting of the Yenisei Basin Water Management was held on October 30; the participants of the meeting decided to increase water consumption of the Irkutsk hydroelectric station up to 1600 cubic meters per second “from November 1 until special order”. This was done with the full consent of three organizations: the Federal Agency for Water Resources (which includes the Yenisei Basin Water Management), the Government of the Irkutsk Oblast and “Irkutskenergo” PJSC. All three structures understand that the lake level must be reduced to 456.15 meters by May 1, 2019, in accordance with the “The Rules for the Use of Water Resources of the Angarsk Cascade Water Reservoirs”; otherwise the spring flood will lead to water-logging of the coastal areas in Irkutsk Oblast and in Buryatia.

It is possible to lower the level either smoothly - by increasing consumption beginning from November (which has been done), or in a hurry – by increasing consumption in March-April, let us say, up to 2200-2500 cubic meters per second. Such a hurry may lead to adverse consequences. If the winter is severe, and Angara in the lower reaches of the Irkutsk Hydroelectric Power Plant does not have enough time to open up, the water will flow over the ice and flood the coastal areas up to Bratsk. This scenario does not satisfy anyone, however, the consumption of 1600 cubic meters can be called a cautious and compromise solution: it does not guarantee a reduction to the level of 456.15 m, it can only prevent damage right now.