Baikal under Supervision: Lomonosov Moscow State University has been Studying Baikal for More Than 100 Years

© Фото: http://depositphotos.com/
The uniqueness of Baikal cannot but excite interest of researchers from different regions of Russia and countries around the world. Our lake is a fragile ecosystem; preserving and studying it means saving 20% of all fresh water resources of the planet and the unique species diversity of living organisms. So, the attention paid to Baikal by such well-known and respected institutions as Lomonosov Moscow State University that has always been closely associated with Lake Baikal, is quite understandable.
Первый Байкальский

However, modern activities in this field have not appeared recently. MSU only carries on traditions laid down in the past centuries. We’ll try to show you the main chronological steps of this process that began in XIX century.

Already in the middle of XIX century the East Siberian Division of the Russian Geographical Society was established in Irkutsk and played an important role in conducting scientific research in the area of Lake Baikal.

1890s: the construction of the Transbaikal Railway raised the question of the importance of constant meteorological observations at Baikal, because climatic and natural conditions directly affected the safety of train traffic. This was also required for the organization of stable operation of the ferry-icebreaker. A well-equipped (even with self-recorders) meteorological station was erected in the settlement of Goloustnoye in 1897, thanks to the donation of the former student of the Moscow State University I.A. Pyatidesyatnikov. 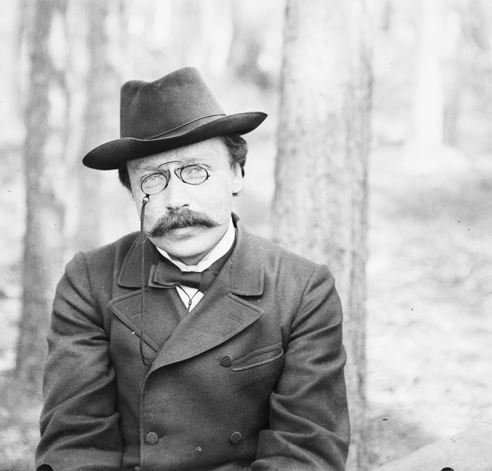 The year 1900: the famous public figure of the city of Irkutsk, a former student of the Faculty of History and Philology of the Moscow University who was expelled for participating in a student movement and the local historian Anton Mikhailovich Stanilovsky conducted his scientific works. Stanilovsky studied the flora and fauna of Lake Baikal (built a collection of algae), conducted geological research (built a collection of rock formations). Anton Mikhailovich was also interested in general historical, ethnographic, and folklore issues: he put forward the idea on the non- poetical nature of the Siberian population, because there are very few songs and poems about Baikal created by Russians.

The years 1900-1902: one of the largest special zoological expeditions to Baikal was organized by the Professor Aleksei Alekseyevich Korotnev, a graduate of the Moscow University (1876). The expedition pursued two purposes. On the one hand, this was a purely practical aspect related to commercial fishing, but on the other hand, there was a theoretical interest: according to the scientists’ opinion of that time, this diversity of Baikal fauna was completely unusual for freshwater basins. One of the reasons for the organization of this expedition was a very curious fact: Nikolai II received the report of the Irkutsk Governor General for the year 1898 where the latter reported on the senseless and uncontrolled extermination of the Baikal ringed seal hunted by local population without any restrictions.

The expedition investigated mainly the middle part of the lake: the settlements Listenichnoye, Baranchiki, the Capes Karaulny, Peschany, the Bays Babushka and Kobylya Golova, Goryachinsk mineral waters. A. A. Korotnev in every detail reported on the commercial hunt on the Baikal ringed seal and commercial fishing, as well as the fish fauna of the lake; in 1902 he sent his Baikal collections to the fishing exhibition in Saint Petersburg. His expedition collected a serious block of materials, including: a collection of new species of fish, deep-sea animals that had not yet been described, an etymological collection, herbaria, about 200 watercolor drawings and photographs. He confirmed the conclusion that the nature of the Baikal fauna changed depending on the properties of the bottom.

The revolution, the years of the Civil War, the establishment of Soviet power in Eastern Siberia, - all these events suspended scientific works at Lake Baikal.

Regular research was resumed only in 1924.

1924: the Committee for the Research of Baikal (CRB) was created by the initiative of the Academician P. P. Sushkin, a graduate of the Moscow University (1889), and, accordingly, a permanent Baikal expedition was established. It included scientists who became widely known later - for example, Konstantin Ignatievich Meier (he graduated from the Natural Department of the Faculty of Physics and Mathematics of the Moscow University in 1903, worked as a Director of the Botanical Garden of the Moscow University), a participant of six Baikal expeditions (from 1916 to 1929). He described the new species of Baikal algae and wrote the monograph titled “Introduction to the Flora of Lake Baikal”.

The practical interests of socialism construction raised the questions on the need to study the productive forces of the Union and autonomous republics of the USSR. Once again the minds of the scientists of the Lomonosov Moscow State University came to the aid of Lake Baikal. Large expeditions are organized: in particular, an expedition on the comprehensive study of Baikal headed by the scientist-curator B. S. Vinogradov associated not only with the permanently operating Baikal expedition, but also with the botanical expedition studying the soils and flora of Lake Baikal, was sent to Buryat-Mongolia by the initiative of the Zoological Museum of the Moscow State University.

In addition to this, we can name several more people closely connected both with the Moscow University and with the research and protection of Lake Baikal: Obruchev Sergei Vladimirovich – the son of the famous traveler and researcher V.A. Obruchev who graduated from the Faculty of Physics and Mathematics of the Moscow University (1915) , a well-known geologist, a Corresponding Member of the USSR Academy of Sciences who conducted geological studies of the area of the middle reaches of the Angara River; Kuzmin Mikhail Ivanovich who graduated from the Lomonosov Moscow State University, became a Doctor of Geological and Mineralogical Sciences, a Corresponding Member of the USSR Academy of Sciences, the Head of the works on the problem “Global Changes in the Natural Environment and Climate (Based on a Comprehensive Study of the Sediments of Lake Baikal)”, a member of the Scientific Council of the Fund for the Preservation of Lake Baikal, a participant of the expedition “Mirs” (deep submergence crafts) on Baikal ” (2008-2010); Grachev Mikhail Aleksandrovich who graduated from the Chemical Faculty of the Lomonosov Moscow State University (1961), a Corresponding Member of the Russian Academy of Sciences, who had headed the Limnological Institute for 30 years and created a scientific school in Physico-chemical Biology, having introduced the methods of Physico-chemical Biology into the Research of Lake Baikal.

Modern Expeditions of the Moscow State University to Lake Baikal

Modern interest in Baikal is associated with the consequences of the sharp increase in the production and economic activity within its basin, which also led to an increase in the load on its fragile ecosystem. This fact, in turn, causes the need for constant monitoring of the situation with the help of the representatives of various fields of knowledge and the application of the most advanced scientific and technical means. Undoubtedly, a number of the most important long-term projects of the Lomonosov Moscow State University have played a significant role in it.

The most important event in the modern history of underwater research of Lake Baikal was the International Comprehensive Scientific Research Expedition “Mirs” (deep submergence crafts) on Baikal”; its idea emerged during the famous “Arctic 2007” expedition and was expressed by its participant Mikhail Slipenchuk who graduated from the Faculty of Geography of the Moscow State University in 1987. The expedition was conducted in 2008-2010. During just three expedition seasons 178 dives have been conducted across the entire water area of Lake Baikal; the expedition involved 215 hydronauts from 12 countries. These were the leading scientists and specialists from Russia, USA, Switzerland, Japan, Belgium, Mongolia, Norway, Germany, Australia, United Arab Emirates, France, Ukraine. As a result, the expedition has conducted the studies of deep-sea oil and gas showings at the bottom of the lake, large-scale geothermal research; geological and paleogeomorphological research; biological research and others.

A joint expedition of the scientists from the Faculty of Geography of the Moscow State University and the Baikal Institute of Nature Management has been working since 2011 in order to study the state of the rivers in the basin of the main tributary of Lake Baikal - the Selenga River.

The results of the expedition which has been conducted in 2011-2016 are striking. During the expedition the staff of the Faculty of Geography of the Lomonosov Moscow State University conducted a detailed research of the hydrological and chemical monitoring network of the basin of Lake Baikal and its main tributary, the Selenga River, determining the water quality and sustainable development of the entire Baikal natural area. A unique method has been developed for diagnosing dangerous natural processes and man-induced impact within the large river basin. This system makes it possible to reveal the main risks related to the activity of the water flows of the Selenga River basin - the agents transferring pollutants. In addition, the reasons for the inflow of toxic metals and organic substances with river discharge into Baikal have been investigated, the possible consequences of the construction of water reservoirs on the Selenga River have been estimated, the filtration role of the delta in reduction of the inflow of pollutants into Lake Baikal has been studied.

The fourth international geological and geophysical expedition to Baikal on the “G. Yu. Vereschagin” research vessel is to be conducted in August 2017 within the framework of the Class@Baikal Project “Baikal Floating University”. In fact, this is the field practice for the students of marine specialties at Baikal which continues the traditions of the legendary UNESCO-MSU program titled “Learning through Research (Floating University)”.

Its participants are traditionally scientists, teachers and students of several faculties of the Lomonosov Moscow State University. Geophysical, geochemical and geological investigations have been conducted, including the search for bottom sediments, gas hydrates and mud volcanoes, the study of the gas discharge zone at the bottom, landslide bodies, turbidite deposits, deep-water canyons.

The participants of the expedition familiarized themselves with the modern methods of geological, geophysical, and geochemical studies of the bottom layers, mastered practical work with expedition equipment for bottom sampling and seismic profiling, acoustic research, learned to select, describe and preserve samples of bottom silty muds, gases, gas hydrates and fauna at the laboratories on the research vessel.

In their turn, the staff of the Irkutsk Limnological Institute told the participants of the expedition about the history of the lake, the traditions of local residents, findings and discoveries at Lake Baikal.