A Short Story of a Big Case

A new #volunteersdiary for the “Key to Baikal” has been written by Roman Mikhailov who went to Olkhon together with the BBT project in early September for the purpose of saving the springs of Lake Baikal.
Aleksandr Sluchenkov and Anastasija Malahova

It all started on the morning of September 3, when 10 total strangers met in a cozy hostel in the centre of Irkutsk, so that to go on a fun and interesting adventure to the island of Olkhon.

This was all new for us, the participants: we were expecting something completely unusual, each of us was anticipated a fundamentally new life experience. We got into the team of BBT volunteers by mere chance: our old and reliable friend, the Internet, helped us with everything. In particular, the website: https://goodsurfing.org. For those who don’t get it, this is the best platform for finding volunteer projects and expeditions.

We found a project, packed up and began our journey.

Sasha will remember this trip for a long time: he traveled around Siberia for the first time in his life, besides the trip took an entire month! Prior to the BBT project, he was a volunteer in an archaeological expedition in the Altai, then he studied Irkutsk on his own for three days (the BBT team did not let us get bored, for which we are immensely grateful to them; they told, showed and explained everything to us).

Nastya came to the project directly from another volunteer project in Karelia, exactly one day before the beginning.

The morning of September 3. I am sleepy, but very excited: there are so many new people around. We stand in the courtyard of the hostel and get acquainted with one another. In addition to Russians, our company includes a British woman and an American man. They came so far from home to see Baikal!

In many ways, the coherence of our team was the result of the work of its leader, Roman Mikhailov. He managed to coordinate the work process correctly and easily throughout the project. He arranged our everyday life – from the search of working gloves to lunches and dinners, and helped us to become friends and a real team. From the very beginning, he worked on par with us, not just supervised the process from the outside. During ten days of the project Roma has become our true friend.

Roma, thank you for everything!

The Goal of the Project

The project involved cleaning of the springs, so that to help nature, local residents, and also the nicest inhabitants of Olkhon - cows.

The work on the springs is complicated and requires a lot of attention. We were explained all the nuances of security and given detailed instructions.

Here Sasha fell in love with Pulaski, a working tool combining an ax and a chopper, and did not want to let it out of his hands anymore (and he did not – he used the tool throughout the entire project).

Nastya appreciated all the tools - from the pruner to the pickaxe. However, our favorite task was to “cut through” the way to the water, making new ways for the springs, feeling ourselves a part of nature and its important assistants.

The 10 days of the project passed this way:  during this time we cleared more than 700 meters of the channel, found several new ways for the water, and also excavated a new watering place for the cows. In addition, our team helped the local residents to build a children’s playground in Khuzhir.

In addition to our daily work, we had a rich educational program. We got acquainted with Baikal and its history, told each other about different cultures, and also studied the island of Olkhon. The organizers of the project prepared a terrific excursion for us: we went to the north of the island. On the Cape of Khoboy our leader introduced us to other parts of Lake Baikal – the Svyatoy Nos peninsula and the Ushkany Islands.

The project pleased us with its atmosphere: the leader Roma and his assistant Tanya were always open to dialogue. We asked them a lot of questions about the BBT summer projects, about the way the organization works, and about the reason why all this should be done at all. 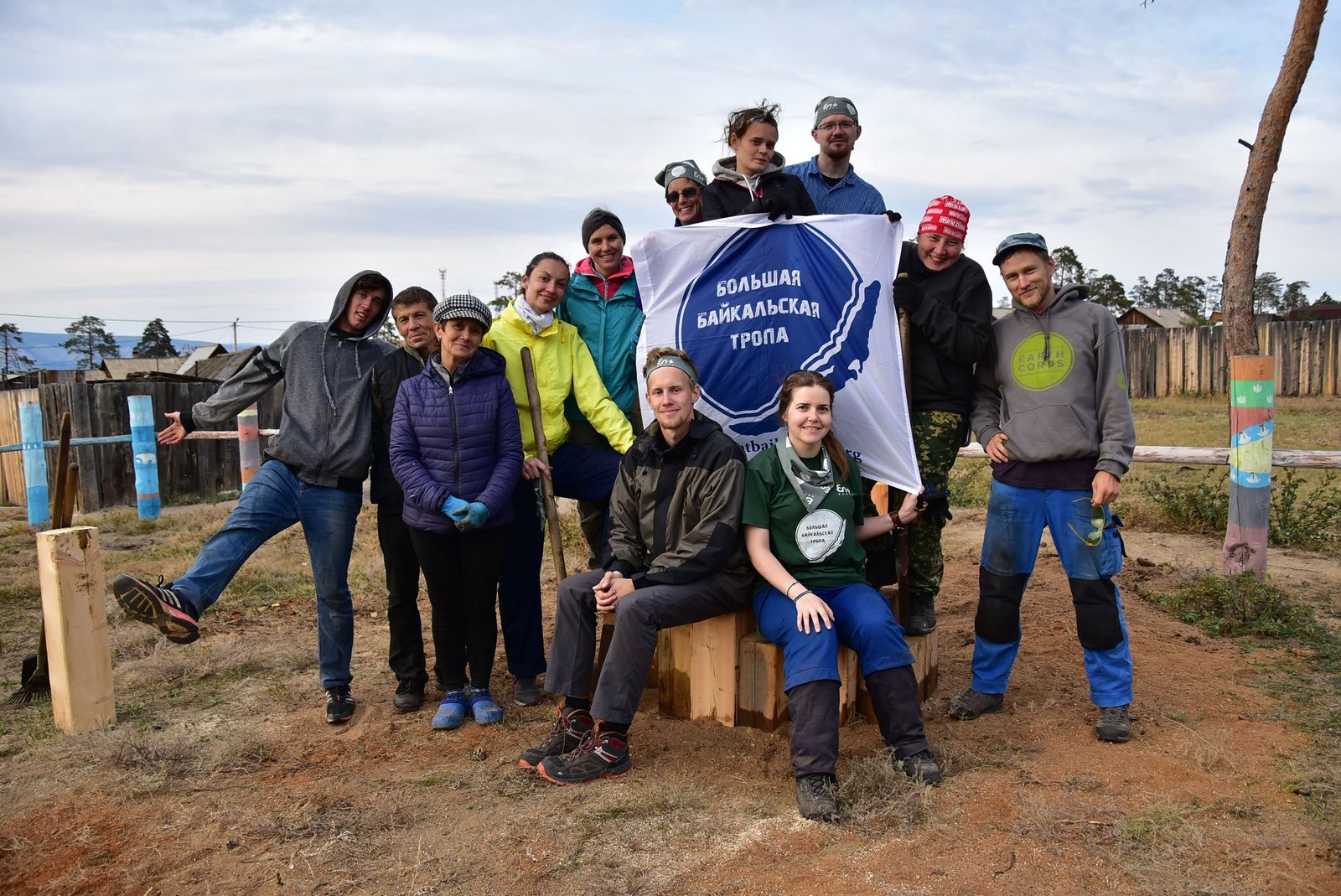 Many people ask me why we need volunteer projects

Thanks to such projects as BBT, people have the opportunity to preserve nature, saving it from its most important enemies - humans. In the long term, volunteer projects can allow national parks and reserves to bring significant profits to the budgets of the regions where they are located.

Now, several days after the completion of the project, we can surely tell that the project has definitely turned our life and our worldview upside down. Thanks to the BBT team, we began to perceive nature in a new way, evaluate the role of national parks and similar organizations in a different way. Now we know for sure: nature and, in particular, Baikal need to be not only used, but also protected, given something in return.

We can positively say that the “Springs of Olkhon” project is not the last event of the BBT in which we participated.

Thousand thanks to the entire team of the Big Baikal Trail for incredible adventures, for the opportunity to feel our importance and usefulness. We will come there again!