A Detective Story about Spirogyra: Has the Amount of Algae Really Decreased?

Lately, there is a lot of news about the reducing number of green algae Spirogyra, which poisons Baikal. Key to Baikal figured out whether this is so... 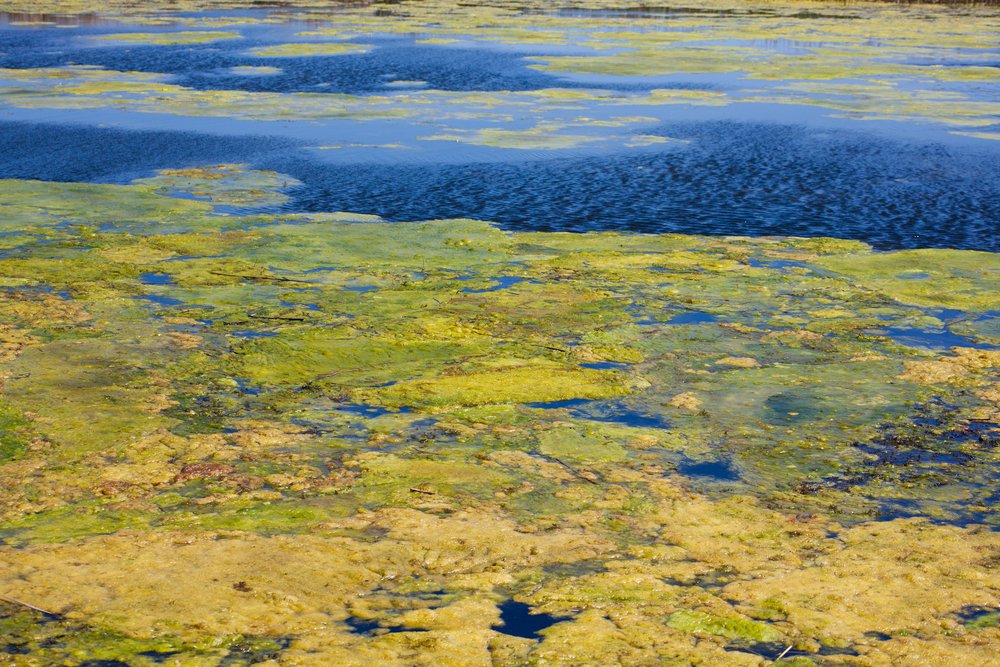 TASS reported a good and intriguing news in mid-September: “The amount of Spirogyra algae that has been actively growing in Baikal in recent years and, according to environmentalists, threatened the lake with swamp formation, has significantly decreased in 2018”. The news was immediately disseminated by numerous regional mass media that are geographically close to Baikal. However, all at once we wanted to ask them a question - why the amount suddenly decreased, if there was only an increase in the biomass of harmful algae in previous years, where did it go? So, we arranged our small investigation...

The intrigue was supported by the fact that the Irkutsk environmentalists could not confirm that statement. Marina Rikhvanova, one of the founders of the “Baikal Expedition” civil society movement who has engaged in the problem of the increase in the amount of spirogyra for more than ten years, said the following:

- It is simply impossible to say if the amount of spirogyra has grown or decreased with complete certainty. The algae have been removed from the coast Severobaykalsk, then they appeared again. The alga in southern Baikal is located under water, you need to dive, so that to look at it. People say that spirogyra does not reproduce when the summer is cold, but we noticed that in Listvyanka the alga had already adapted to low temperatures, it has a different form of life, and it feels good even at  the water temperature of +3 degrees Celsius. We need to conduct regular observations, but none of these are being conducted now. Scientists collect some statistics for their own purposes, but there is no systematic observation over the spreading of algae.

Elena Tvorogova, an environmentalist, the President of the “Revival of the Siberian Land” Foundation, was even more definite.

Elena Tvorogova: “So that to be able to claim that “the amount of Spirogyra in Baikal has reduced” or, on the contrary, “increased”, it is needed to conduct a comparative analysis. Please, try to understand, Baikal is very big. The distribution of spirogyra is massive, it affects shallow bays around the perimeter of the lake. However, nobody provided any quantitative assessments:  the volume of spirogyra, the area occupied by spirogyra. There are only local observations and assessments. These were performed by the staff of the Limnological Institute - they scuba dived and did a review, but did not calculate the weight of the algae in grams or tons. This was accomplished by our colleagues from Moscow State University within the frame of the “Baikal Expedition”. At the same time, one should understand that there was no task to estimate the volume. It was necessary to mark the locations of spirogyra on the map, to determine the species composition: if it is a separate species of alga or several species.

Key to Baikal: Why has no one conducted this kind of research yet?

Elena Tvorogova: Estimation of volumes and areas requires the techniques demanding a lot of time, human resources and financial costs. Our summer is short. All plants blooming in water grow only upon increasing temperature. I mean, even the very presence or absence of algae in water during one warm season may depend on many factors - observation time, temperature, weather...

Key to Baikal: Are you able, on the contrary, to argue against the assertion that the amount of spriogyra has decreased? Do you possess the data for this year?

Elena Tvorogova:  It is extremely incorrect to conclude upon the amount of spirogyra in Baikal and its changes. Imagine: if you go to the same place on the coast of Baikal for several years in a row and take measurements at the same period of the year, you can say: “The amount of algae this year was by 30% larger than last year”. However, this will only apply to one spot on the coast of a huge lake. We cannot extrapolate this conclusion either to the whole water area, or even to the neighboring spots. Even one and the same bay could have plenty of spirogyra last year and may have completely no algae of this species this year. This is explained simply by the fact that tourists did not come there this summer: we should keep it in mind that spirogyra is an indicator of pollution.

The central information agency of the country referred to the words of the Head of the Public Organization “Buryat Regional Branch of Baikal” Natalya Tumureeva: “We have performed observations. This year, spirogyra was found only in the north of the lake, near Severobaykalsk”. In search of truth, we had to turn to the original source. The solution of the riddle was unexpected.

Key to Baikal:  Did you really mean to say it?

Natalya Tumureeva: The mass media spread the fact pulled out from my article and rewritten. I did not say that the amount of spirogyra in Baikal decreased. I said that we found the alga only in one of the samples taken in five places of the lake, Natalya Tumureeva, the Head of the “Buryat Regional Branch of Baikal”, explained.

Natalya Tumureeva:  Still, it is not a significant indicator at all: everyone knows that this alga reacts to temperature, and this means that the summer was cold.

Key to Baikal:   What were you talking about in that article?

Natalya Tumureeva:  I was actually talking about other issues:  about the need to conduct public monitoring. We have a project including several spots surveyed by us this summer - Gremyachinsk, Goryachinsk, Enkhaluk, Turka and Severobaykalsk. Spirogyra was found only in one place, in the northern Baikal. Truth be told, you should understand general situation. This does not mean that everything is normal now. We had constantly observed spirogyra in Enkhaluk for several past years in a row. This year there was none of those algae, but other species appeared. That is, the total amount of algae of other species has increased! And we need to investigate this process. Now we have taken samples and are trying to determine the species of these algae. Some say that all green algae are spirogyra. Spirogyra is now being studied by everyone, including limnological scientists. As far as we are community activists, our task is to draw attention to the fact that many other algae are blooming on Baikal and that their blooming period is uncharacteristic. For example, filamentous algae on the rocks used to appear only in August, and now they can be observed in July, and even at the end of June. This is not spirogyra, so we need to find out which alga it is and why it is growing during these periods of time.

“Public Monitoring” is a project that has been launched in Buryatia this year. The action group has traveled around the locations on the coast in spring and worked with the local population, mainly with teachers and schoolchildren.

Natalya Tumureeva:  Our task is to involve the local population in the collection of information. It is very important that no one, except for local residents, knows the most important thing - the exact periods of appearance and blooming of algae marking the changes that occur in Baikal. Only the people who live on the coast of Lake Baikal can see this, record this, note the frequency of events, their dependence on the weather, temperature”, as Natalia Tumureeva stressed. “The work on the project is not easy. We cannot say that locals are very happy to accept our offer. The work with teachers and students is going to take a lot of time. We will spend more than one summer on this. We have gone on a pilot journey, concluded preliminary agreements with schools, with certain people who take samples and send them to me, to Ulan-Ude. They are analyzed there. Now this process is underway, but no results have been obtained yet.